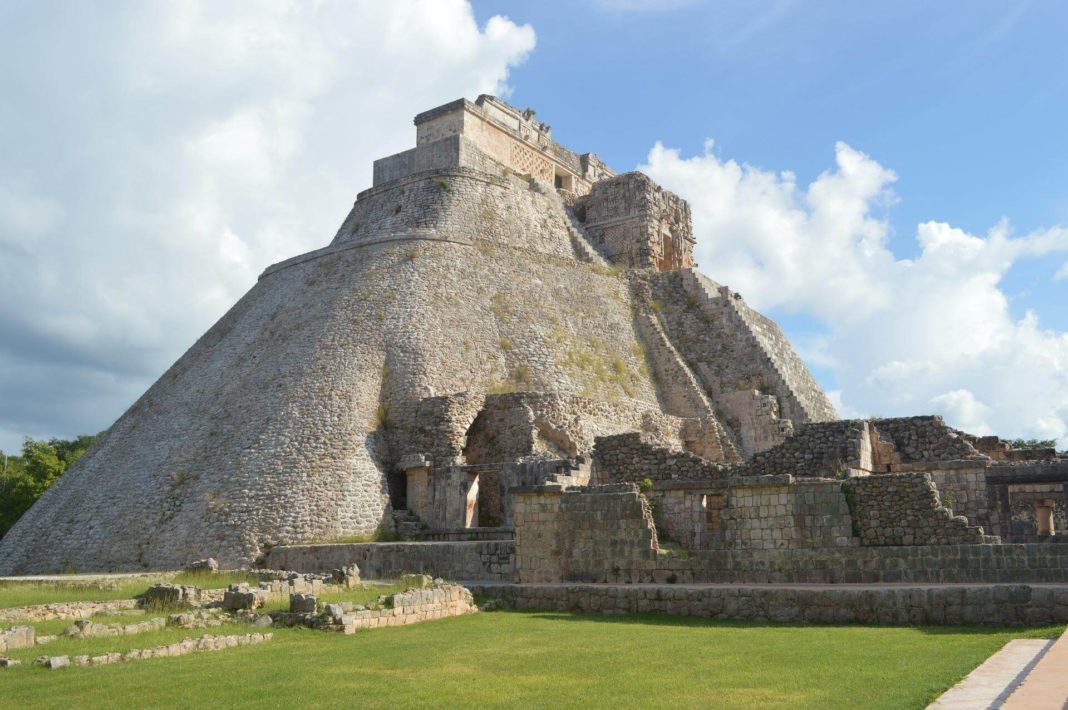 The Mayan culture is one of the most intriguing and mysterious cultures in history. The advanced mathematical, astronomical and structural knowledge of the Mayans continues to baffle archaeologists and historians even today. This mighty civilization with a brilliant mind for engineering and architecture once spread across Southern Mexico, Guatemala, Honduras, and El Salvador. Today, remnants of this once-thriving culture can be found in various Mayan sites scattered across Central America. The Mayan culture is known for its architectural brilliance, as well as its ability to build lasting structures that take into account their geographical location and environmental conditions. Let’s explore these 10 must-see Mayan Ruins in Mexico! 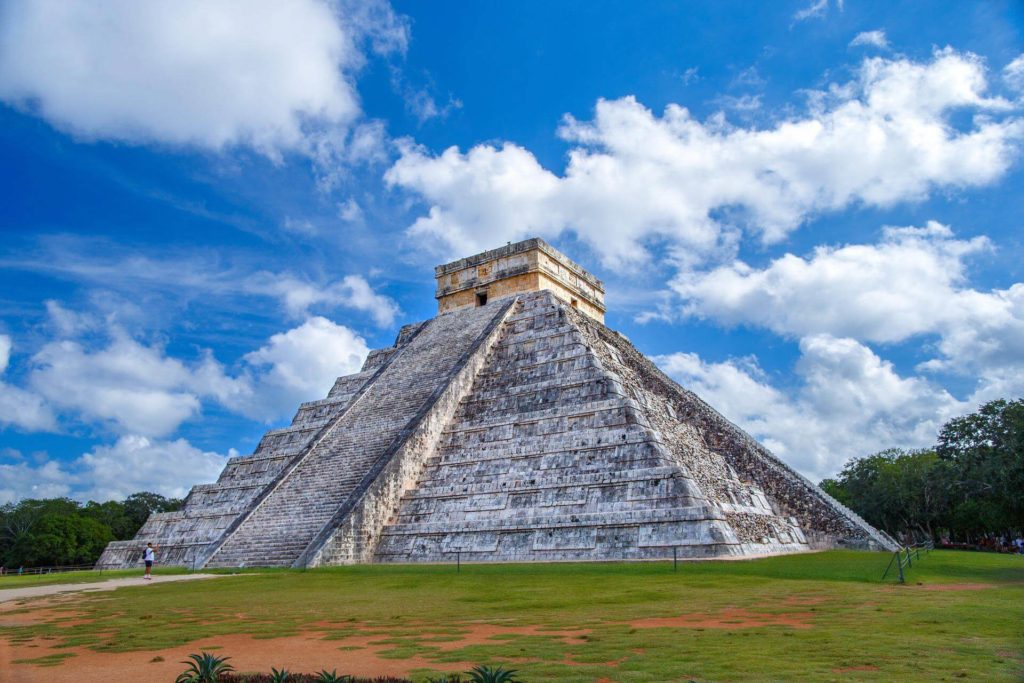 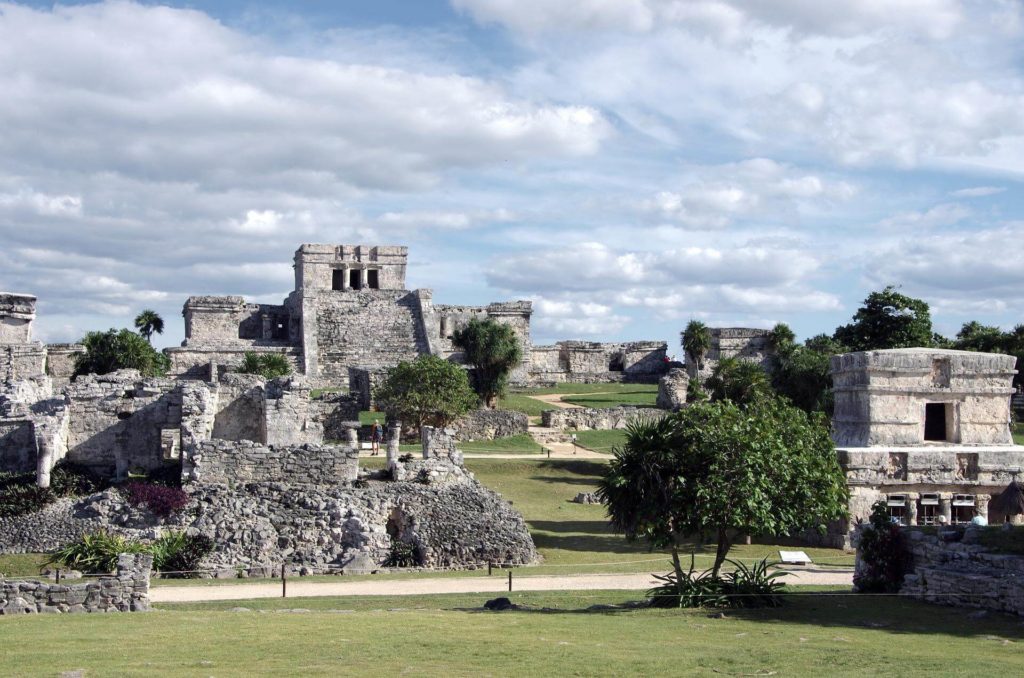 Tulum Ruins are located on the Caribbean coast in the Mexican state of Quintana Roo. The city is believed to have been built by the Maya during the Post-Classic period. The place is popularly known as ‘the Wall of the Sea’, as the city overlooks the Caribbean Sea. Tulum was built on a long sandbar offshore on the Yucatan Peninsula on the Caribbean Sea. The site is in the municipality of Solidaridad in the state of Quintana Roo, Mexico. The walled city is about 2 hours by car from the city of Cancun. 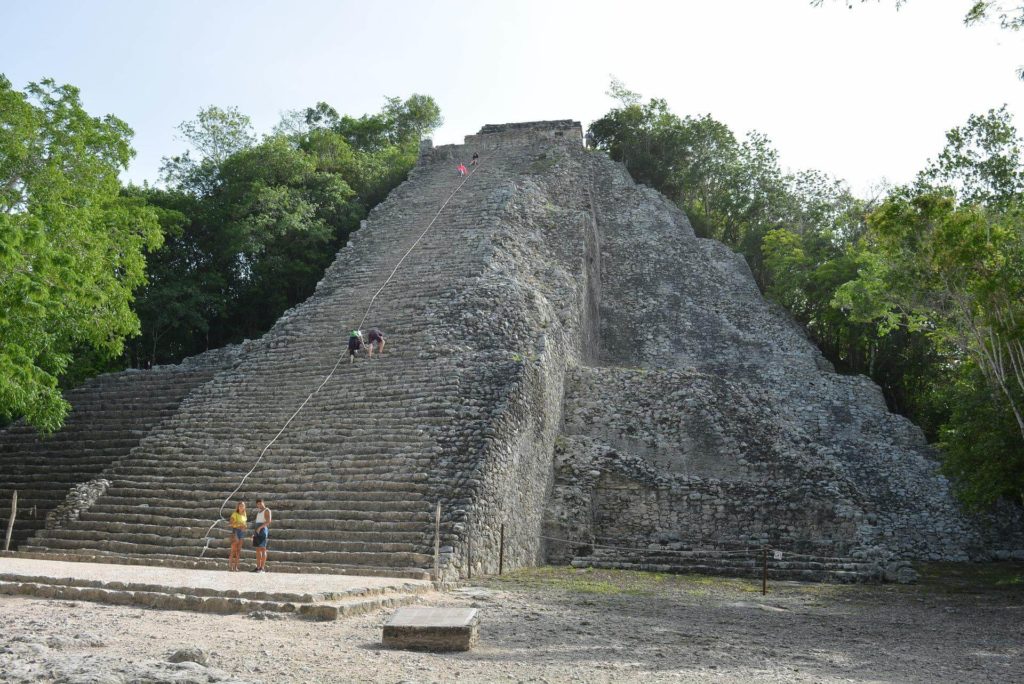 The ancient Mayan city of Coba is located in the northern part of the Mexican state of Quintana Roo. The city is believed to have been built around the 10th century AD. Coba is one of Mexico’s most popular tourist destinations. Coba is located about 150 kilometers (93 mi) east of Chetumal, the administrative center of the state. It is about 50 kilometers (31 mi) north of the town of Bacalar, on federal Highway 186. Coba is the second most important Mayan site in Mexico. It is believed that the place was inhabited from around 300 BC to around 1200 AD. 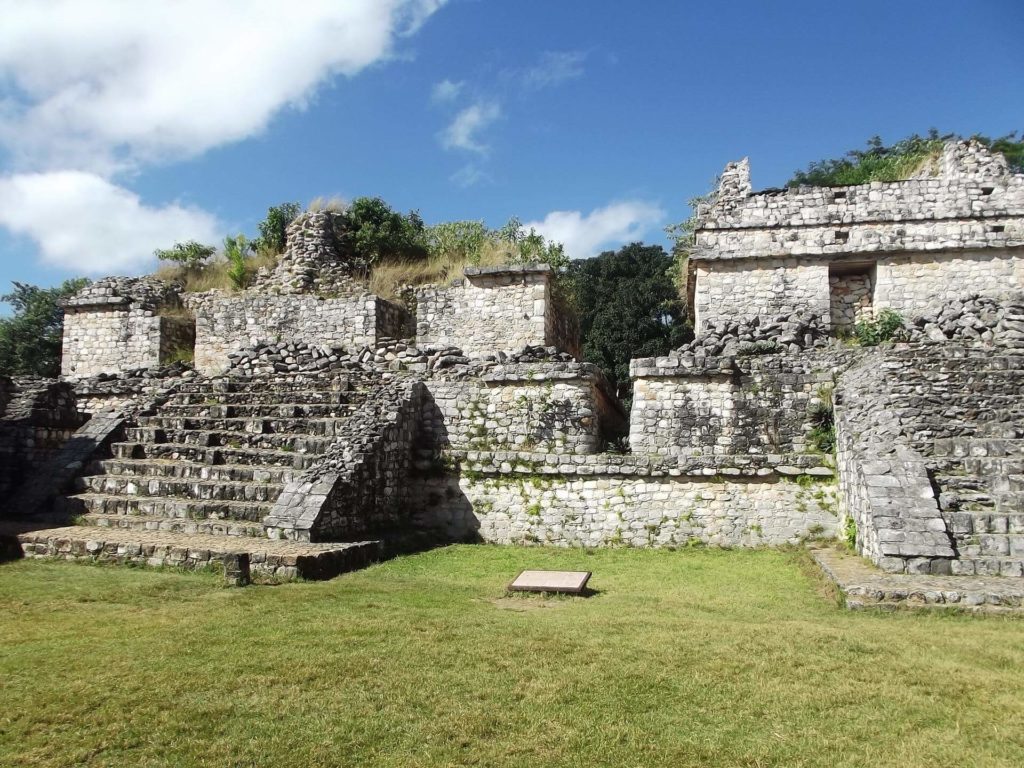 The ancient Mayan city of Ek’ Balam is located on the southern edge of the Yucatán Peninsula, in the Mexican state of Quintana Roo. The city is believed to have been built around the 10th century AD. Ek’ Balam is one of the most important Mayan sites in the Yucatán Peninsula. Ek’ Balam is the third most important Mayan site in Mexico. Archaeologists believe that the site was inhabited from about 300 BC to about 1200 AD. Ek’ Balam was built on a limestone outcrop overlooking a vast plain. 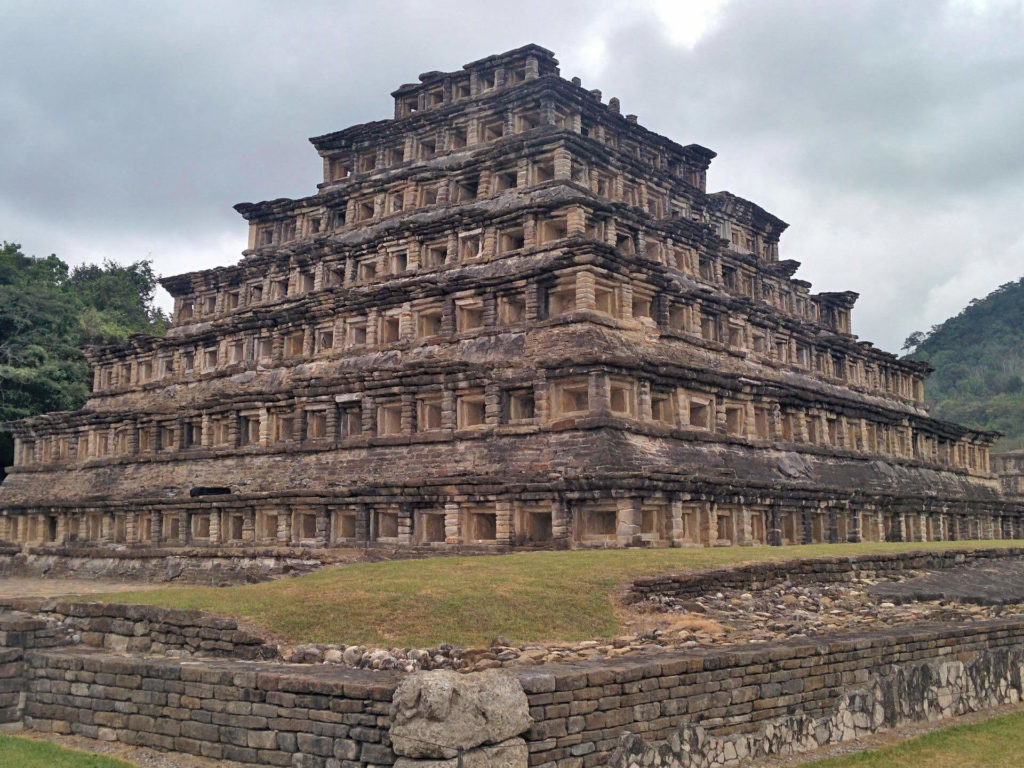 The ancient Mayan city of El Tajin is located on the Mexican Gulf Coast, in the state of Veracruz. The city was built between the 8th and 15th centuries. El Tajin is one of the largest and most important archaeological sites in Mexico. Modern researchers discovered El Tajin in the late 19th century. Since then, the site has been excavated and studied. El Tajin is one of the most important archaeological sites in Mexico. El Tajin was built on a river that flows into the Gulf. The river provided water for the inhabitants of the city. 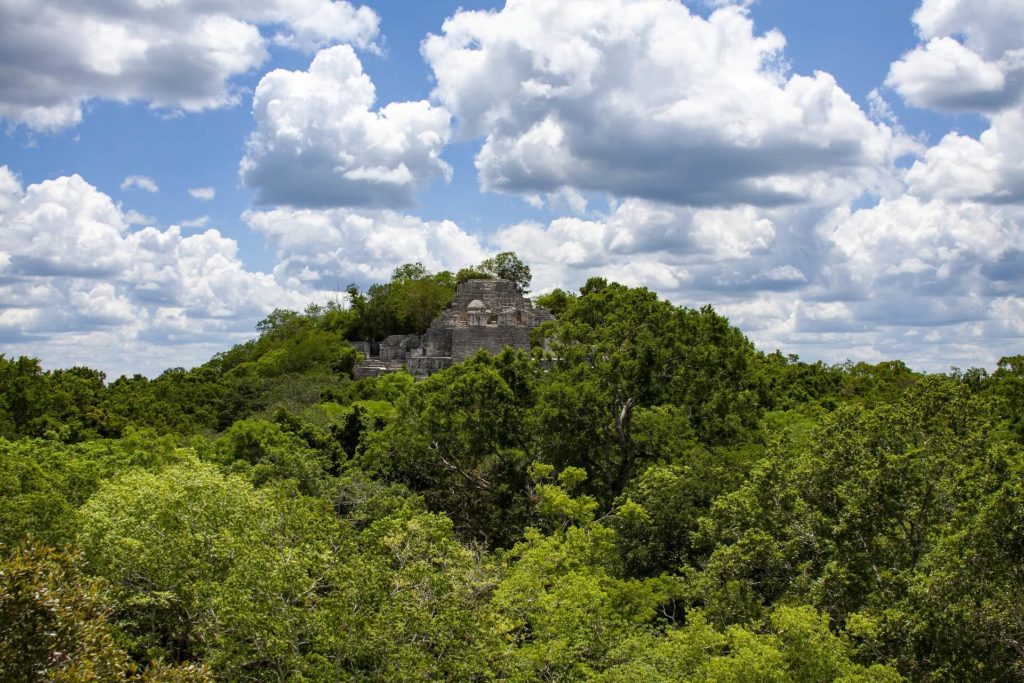 Calakmul is one of the largest and most important Mayan sites in Mexico. The site was once a densely populated city, but continued wars and climatic changes have reduced the site to ruins. Calakmul is located in the Mexican state of Campeche and is the center of a large modern-day Maya community. The archaeological site of Calakmul was first discovered in the 1940s, but archaeologists did not begin exploring it in a serious manner until the 1960s. The ruins of Calakmul are a major archaeological site that is definitely worth a visit. The massive ruins of Calakmul are a spectacular site that once held a great city.

The Bonampak Ruins are located in Southern Mexico’s Chiapas state. The Bonampak Mayan Ruins, which are believed to have been constructed around the 10th century, are famous for their painted murals. This group of ancient Mayan Ruins is famous for its preserved murals, which are considered among the best examples of the early Mayan art. These murals depict the daily life and ritual of the Mayans, and are believed to have been painted by a group of Mayan artists called the Bonampak Group. These mural paintings are so detailed that they provide us with insight into the culture of the Mayans at that time. The Bonampak Mayan Ruins are also famous for their architectural designs, as well as the fact that they are still in a good condition. 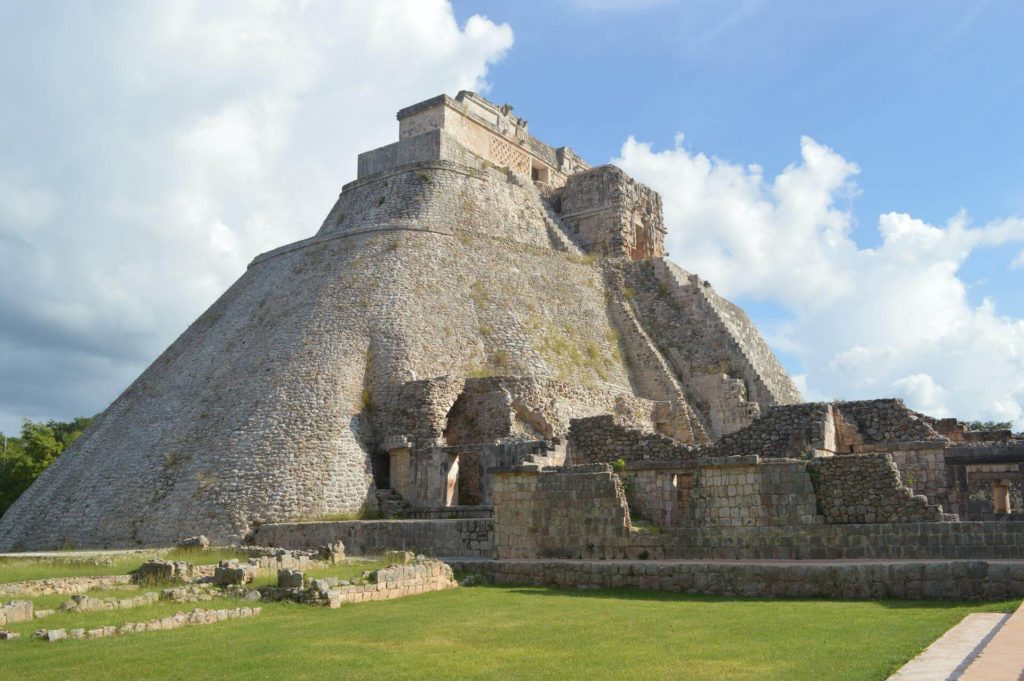 The Uxmal Mayan Ruins are situated in the Yucatan Peninsula of Mexico, in the state of Yucatan. The Uxmal Mayan Ruins are famous for their architectural brilliance and their ornate facade. These Mayan ruins, which were constructed in the 10th century, are famous for their Pyramid of the Magician, which is believed to have been built by the Mayan ruler Lord Chaacal Balam. The main structure at the Uxmal Mayan Ruins is the Pyramid of the Magician, which has been recognized as one of the most important buildings of the Mayan architectural style. The intricate carvings on the facade of this pyramid have been recognized as one of the most intricate and ornate architectural carvings in the world.

Bacan Ruins, located in the southern part of Mexico, are the remnants of a once-thriving Mayan city-state. Also referred to as the ‘City of Dreams’, the Bacan Ruins date back to the 9th and 10th centuries, making them one of the oldest Mayan sites in Mexico. Little is known about the exact history of this site since there are no written records about it. However, archaeologists believe that the city was inhabited by a few thousand people who were involved in agricultural activities. The architectural brilliance of the Mayans can be seen in the construction of the buildings that make up the Bacan Ruins. The structures are made of limestone and are decorated with elaborate carvings and glyphs. 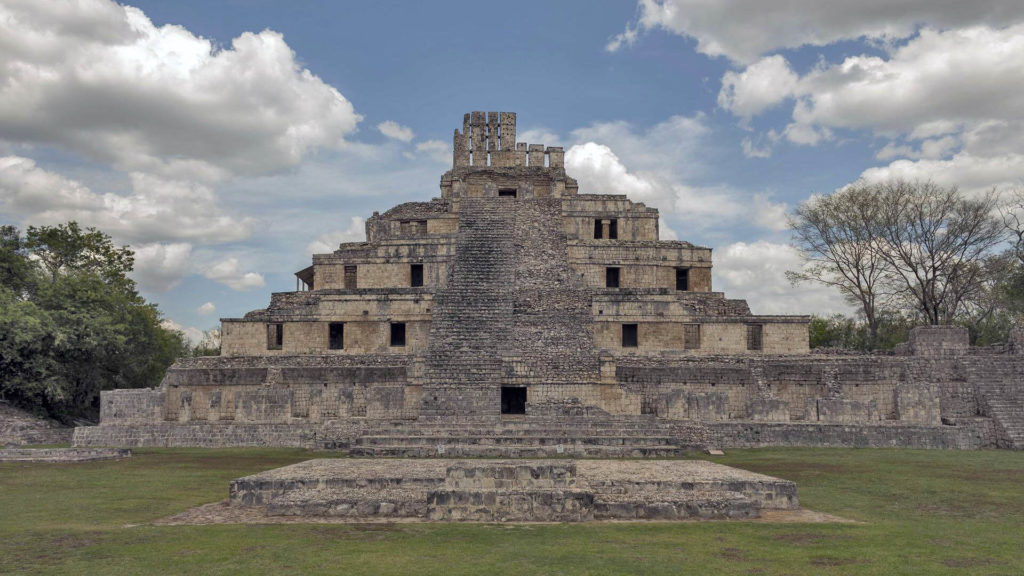 Edzna is a Mayan site located in the Mexican state of Campeche, about 75 km south of the city of Campeche. Edzna was first discovered in 1956, and was subsequently excavated in 1957. The site is famous for its step pyramid that is believed to be the tallest of its kind in the Mayan world. Other architectural structures of the site include sacbé, temple structures, and a ball court. Edzna was once a large settlement, but it is estimated that no more than 1,000 people inhabited the area. The surprise of Edzna is that it has been discovered in the 20th century, when very few Mayan sites remained to be found. The artifacts that have been found at Edzna are currently exhibited at the Museo de la Civilización Maya in Campeche. 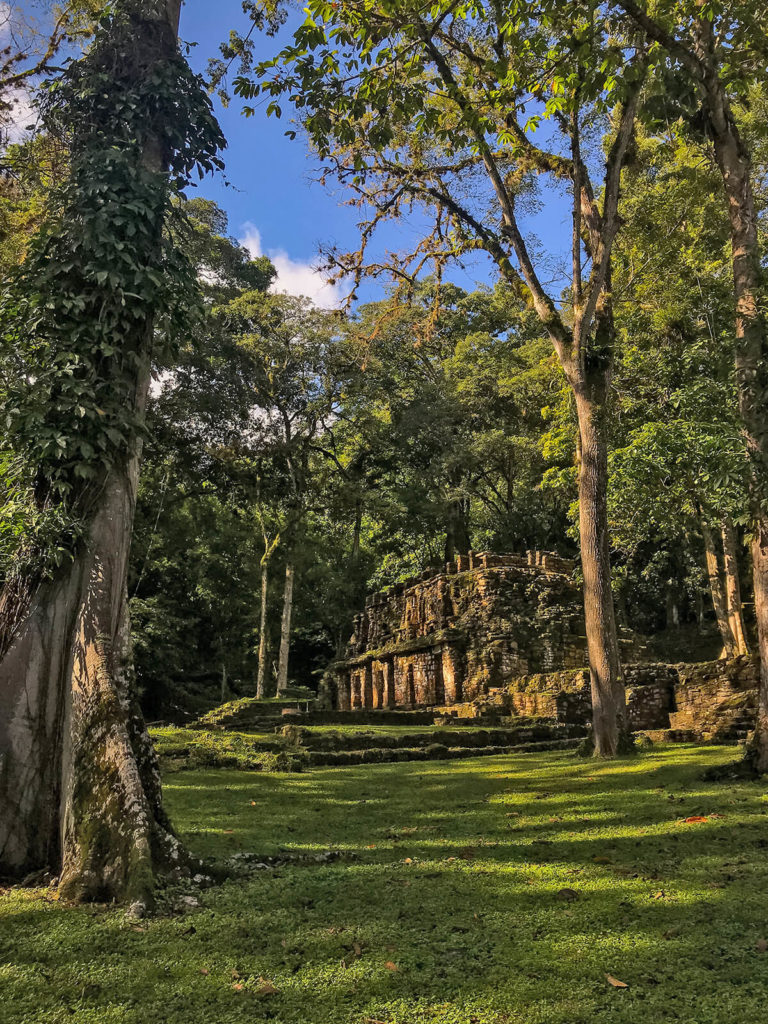 As you travel around Mexico, you will come across many ancient Mayan sites. Kohunlich is one of these sites. Kohunlich is located in the Mexican state of Yucatán, about 50 km east of Mérida. It was built at the end of the Classic period, from about 600 to 900 AD. The site consists of about 80 buildings that were built on top of a hill. The architectural style of the buildings is very different from other parts of Mayan culture. Kohunlich was once a huge centre for trade and religious ceremonies. The most important part of the site is the Temple of the Young Girl, which is believed to be dedicated to a young goddess.

El Rey Ruins is another massive Mayan site located in Southern Mexico. El Rey was built around 500 AD, and is believed to have been the capital of the Mayan province of the same name. The site was discovered in 1931 by archaeologist Miguel Ortega. The site is also known as The King Mayan Ruins due to its massive size and elaborate architectural style. El Rey Ruins is divided into three main areas – the Northern Complex, the Central Complex, and the Southern Complex. The Northern Complex has been the most extensively explored part of El Rey. The Central Complex is believed to be an administrative center, and contains a plaza, sacbé, and several palaces. The Southern Complex is the largest part of the site and consists of numerous residential neighbourhoods. The El Rey Ruins are a must-visit Mayan site to see the architectural brilliance of this great civilization.

The Mayan civilization is a fascinating and mysterious culture. The advanced mathematical, astronomical and structural knowledge of the Mayans continues to baffle archaeologists and historians even today. This mighty civilization once spread across Southern Mexico, Guatemala, Honduras, and El Salvador. This article explores the 10 best Mayan ruins in Mexico that everyone must see! The Mayan culture is known for its architectural brilliance, as well as its ability to build lasting structures that take into account their geographical location and environmental conditions. Visit these 10 must-see Mayan ruins in Mexico to experience the fascinating and mysterious culture of the Mayans.

How to get from Cancun to Tulum – All Your Transportation Options