Italy is among the countries with the richest cultural and historical heritage in Europe. As the cradle of the Renaissance and the central part of the Roman Empire, the lands here have preserved many monuments from ancient times. It is no coincidence that this is the country with the most attractions under the auspices of UNESCO.

Apart from history, here you will also find amazing natural views – lakes, mountain hills, sandy beaches. Regardless of your preferences, there are places in Italy that you must visit in your life. Here is a list of 15 of the top attractions in Italy.

The amphitheater building of the Roman Colosseum is a legacy of the Roman Empire, built by Emperor Vespasian in AD 72 and expanded thereafter.

Today, the look of the building is used as an example for many sports and concert halls. In the past, all kinds of events for the general public took place here, including gladiatorial battles.

In addition to the above-ground part, which is today a major tourist attraction in Rome, underground levels served as warehouses, cages for wildlife, or rooms for gladiators. 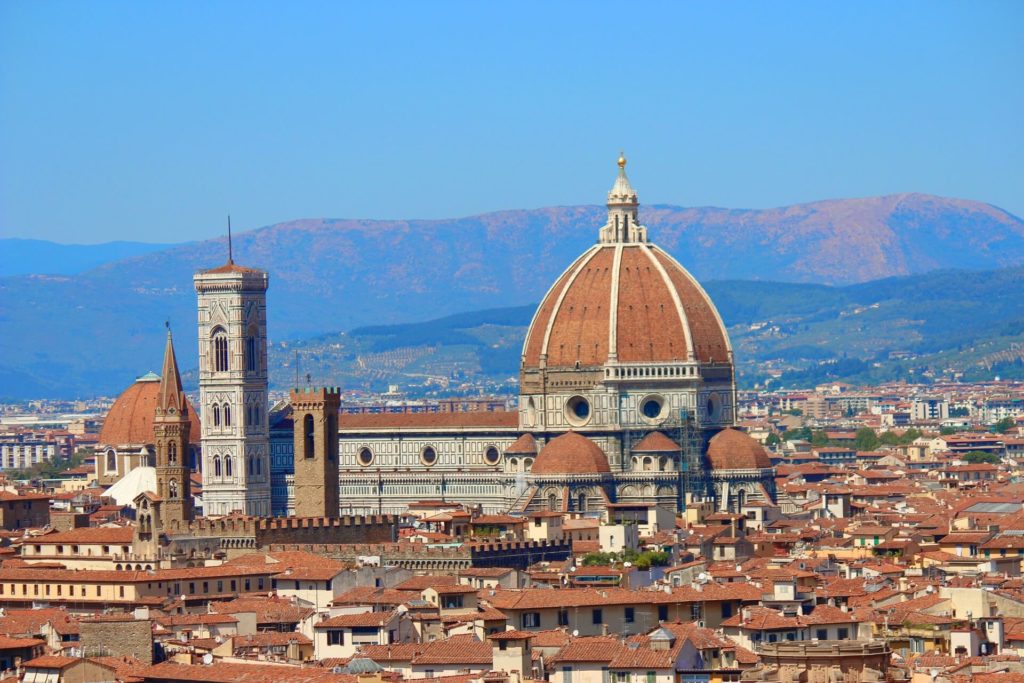 The Cathedral of Santa Maria del Fiore is located in Florence. It is among the best-preserved ancient cathedrals in the world and one of the must-see Italian tourist spots. The building was built between the 13th and 15th centuries, and the architecture is typical of Tuscan Romanesque culture.

The bell tower rises a ton to Piazza del Duomo. Exactly 414 steps are needed to climb to reach the observation platform, from where you will discover the incredible view of the city.

Opposite the cathedral is a baptistery, famous for its bronze doors by architect Lorenzo Ghiberti. There is also a museum next to the cathedral – Museo dell Opera del Duomo, where some of its centuries-old relics are kept.

The Grand Canal in Venice

There is hardly a lover of Italian culture who has not heard of the romantic gondola rides on the Venetian canals. Venice is a city built of small islands, and the canals have become major transport and tourist routes.

The Grand Canal is the largest of them, running through almost the entire city, surrounded by some of the most beautiful buildings owned by the country’s richest people. Of course, the smaller canals are also not to be neglected, because around their shores you can see ancient small houses almost intact from the time. 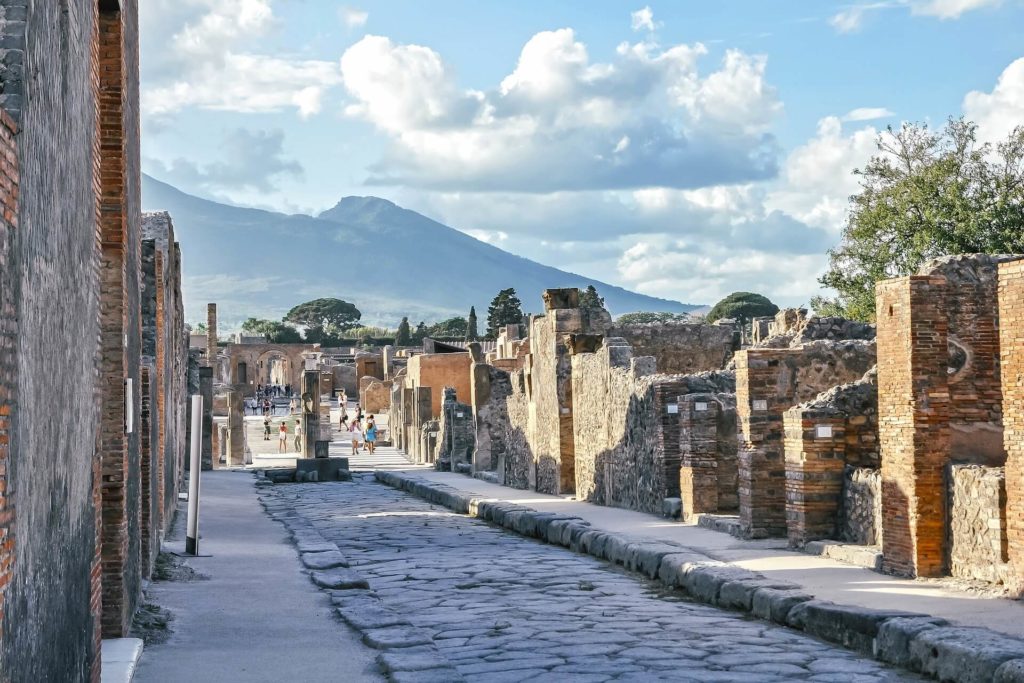 Vesuvius is one of the few active volcanoes in the world and is definitely one of the best Italian tourist spots created entirely by nature. After its eruption in AD 79, the city at its foot was destroyed, but this managed to preserve many artifacts from the life of that time – mosaics and sculptures. In addition, under the cover of lava, many ancient buildings of shops, houses, baths, and markets have been revealed, which are a true example of Romanesque art 2000 years ago.

Near Pompeii are the perfectly preserved remains of the city of Herculaneum, which was destroyed at the same timе.

If you have more time, you can climb it to the pump itself and see it’s still a smoking crater. 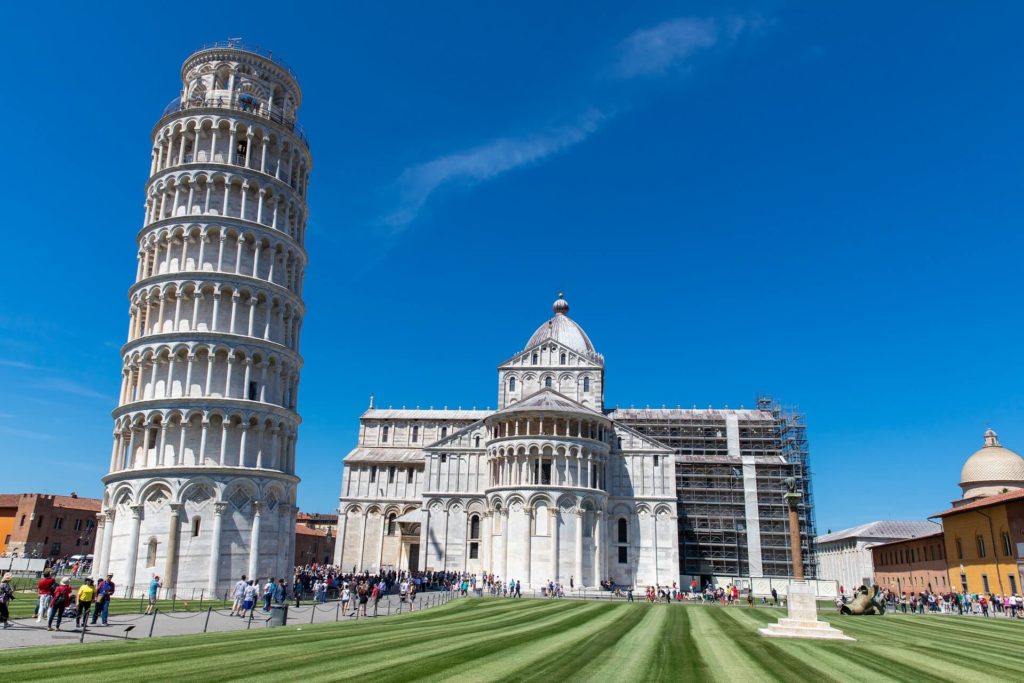 The Leaning Tower of Pisa is one of the hallmarks of Italy. Its construction began in the 1100s and when the third level was reached, the foundations started to sink (which leads to its specific appearance).

At the end of the 20th century, the tower was restored because otherwise it is expected to collapse by 2000. The tower is located on the Piazza Dei Miracoli and visitors can climb all its steps to enjoy the magnificent view.

Near, on the same square is the Romanesque Cathedral of Santa Maria Assunta.

Lake Como is a great place for a walk in nature. Here the climate is mild, similar to the Mediterranean, and the shores of the lake are surrounded by beautiful gardens.

Once only the most influential and wealthy people had properties here, some of which are preserved and can be seen today. The most famous are Villa Balbianello and Villa Carlotta. While you are here you can also visit the local 11th-century abbey.

From the nearby city of Como, you can catch a train to Milan.

Amalfi Coast, in the Sorrentine Peninsula, is among the sites protected by UNESCO. The breccia is steep, with mountain slopes sharply sloping into the sea. The nearest cities are Positano and Amalfi.

You can choose a tour by car or by boat to enjoy the impressive views as perhaps the most popular place for tourists is Sentiero Degli Dei and Footpath of the Gods in the western part of the area. 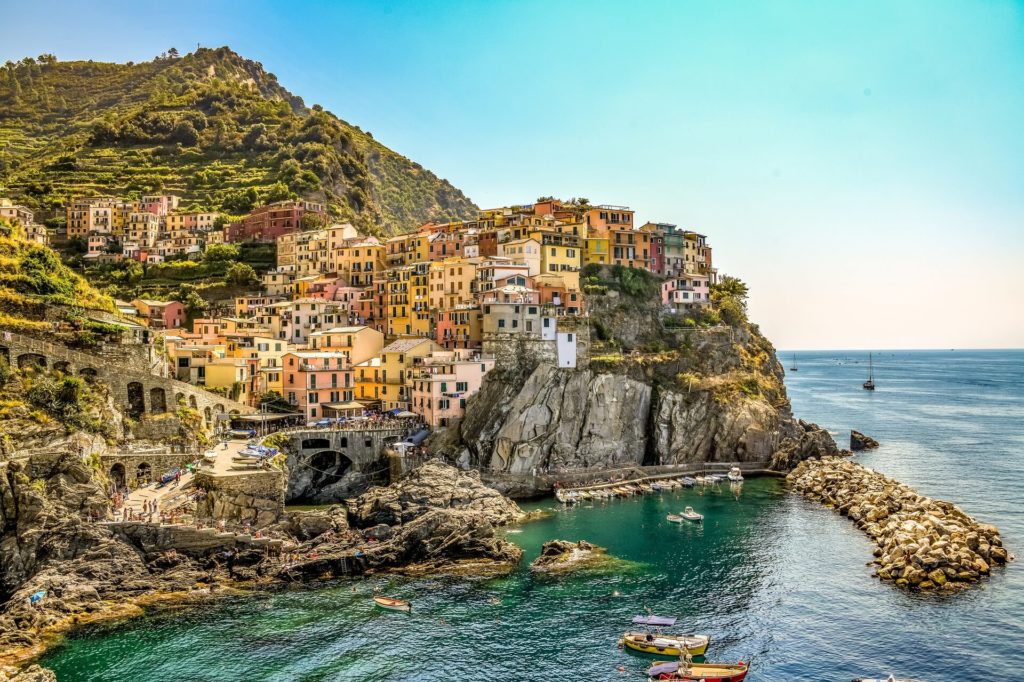 Cinque Terre is a region with beautiful hills and sandy beaches, surrounded by five picturesque villages – Monterosso al Mare, Vernazza, Corniglia, Manarola, and Riomaggiore. The crossings between the villages are the most preferred way for tourists to explore the area.

The small villages have preserved the feeling of solitude and the ancient Italian traditions and culture.

The Vatican preserves some of the most famous works of art in the world, and in its central part – the Basilica of St. Peter is the tomb of St. Peter and is a home for Michelangelo’s masterpiece – Pieta.

St. Peter’s Square is where the pope addresses the Catholics. While the Sistine Chapel houses some of Michelangelo’s most famous works, the Vatican Palace has more of Raffel’s work.

Of course, the cultural walk will not be complete without a visit to the Vatican museum which is rich in many group and individual collections.

The Uffizi Gallery in Florence

Uffizi will introduce you in detail to the Italian Renaissance and the works of some of the most famous artists in Western art. The paintings show in detail the development of fine arts between the 14th and 16th centuries.

Despite the endless wealth of artifacts, the most famous work in the gallery is Botticelli’s Birth of Venus. If you are an art lover this is definitely one of the top attractions in Italy for you.

St. Mark’s Basilica is located in Venice, and its architecture is inspired by that of the Byzantine Empire due to the good trade relations between Venice and the East.

The basilica rises above Piazza San Marco and impresses with its carp mosaics around the entrances and the high golden altar. The highest point from which to observe the square is among the iconic horse statues.

Right next to the basilica is the Doge’s Palace, which housеs a number of works of Italian art. 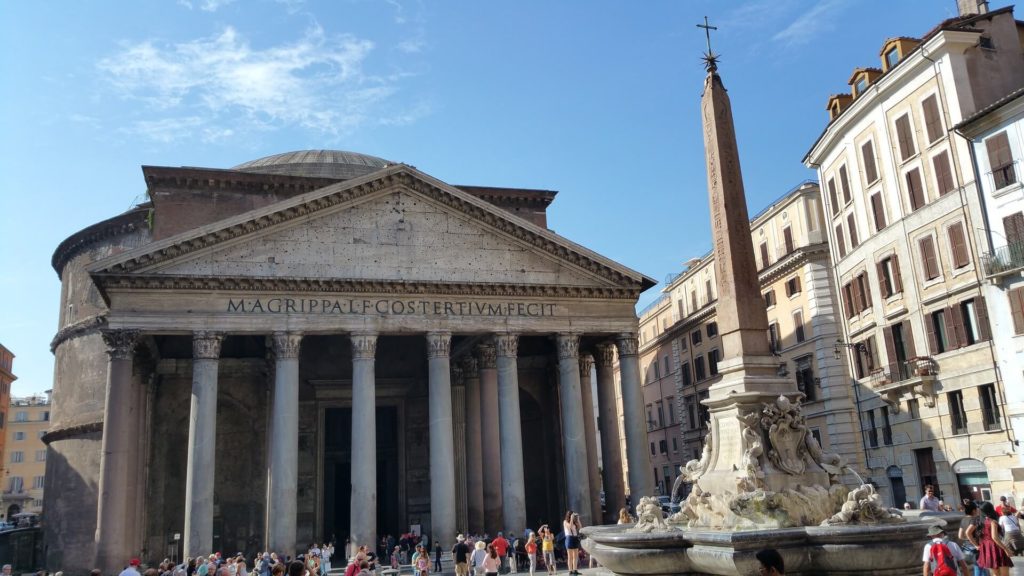 The Pantheon is another extremely well-preserved heritage of the Roman Empire. Its architecture was created in honor of the Roman gods and the height corresponds exactly to the diameter. The light in the building comes from a single spot on top of the dome.

Many Italian kings, nobles, and the famous artist Raphael are buried here.

The Roman Forum was once a central place in the Roman Empire. Temples and churches were first built here, then public buildings, and finally the area became a government gathering place. In addition, important markets were located here, which makes the Forum a major place for trade.

A thousand years later, remnants of its former greatness remain and it is even difficult to imagine what it looked like before, but it is certainly one of the most important Italy tourist spots in Rome because of its historical and cultural significance.

The Gothic style of the Cathedral of Santa Maria Nascente impresses tourists from Europe and the world. In addition, it is one of the largest churches in the world.

The exterior consists of over 2200 statues and 135 carved stone pinnacles. Inside, among the beautifully decorated walls, you will find the tomb of Gian Giacomo Medici and a bronze candelabrum dating from the 12th century.

The octagonal chapel is located under the huge altar along with the crypt. You can take the elevator to a great height, which will allow you to explore the surroundings.

We end this list with a beach destination – the fabulous island of Capri. Here you will find sandy beaches, crystal clear ocean and steep slopes forested with pines and tropical plants.

The coast is dotted with caves, the most famous of which is The Blue Grotto along with the nearby rocks called Faraglioni. There is no place on the island that does not offer an incredible view, and Villa San Michele occupies a leading position on this criteria.

Numerous resorts and accommodations will provide you with the necessary peace and relaxation.

Italy is one of the really old countries in Europe, which very skillfully manages to preserve its history and culture and present it to tourists. The beautiful views are a real gift from God for nature lovers. You will certainly not be bored here and every day you will have the opportunity to discover new places with rich historical value, best-preserved over the millennia.