The water pools cover about 70% of the entire surface of the earth and provide endless opportunities for all lovers of snorkeling, diving, and water sports. There is a huge variety of marine species in the depths around the Maldives, the Caribbean, the Dominican Republic and many, many other destinations that are well known to tourists or are secluded and hidden among calm bays.

Of course, there are places that are a real paradise for snorkeling fans and feature diverse and exotic fauna. In this article, we will note 20 of them. 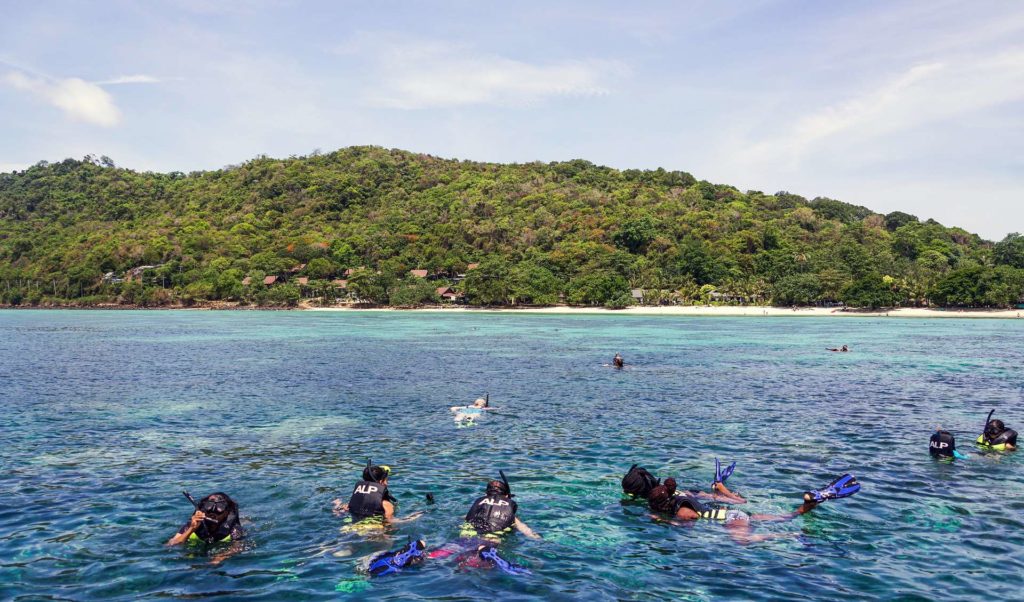 
There is hardly a fan of tropical destinations who has not heard of the Great Barrier Reef. The system of colorful coral and amazing marine life is 1,400 miles long and has over 2,900 individual smaller reefs. Located on the Queensland shoreline, the reef offers the opportunity to meet thousands of different fishes, six species of sea turtles, a diverse variety of corals. However, scientists predict that the reef may disappear by 2050 due to climate changes. 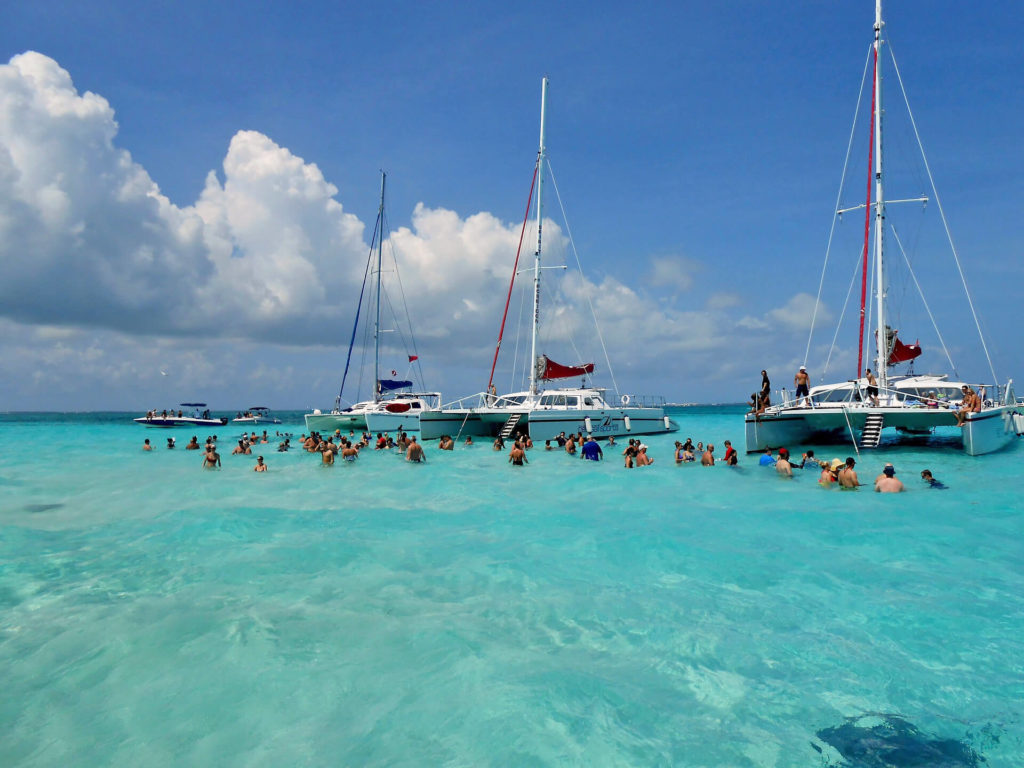 As most tourists know, the Cayman Islands provide entertainment for young and old and are a common choice for family vacations. Famous beaches such as Seven Miles Beach, Heritage, and Rum Point also offer ideal places for diving and snorkeling (especially in the months from December to April).

Snorkeling has become a favorite hobby for lovers of sea depths and the study of marine life. No matter which of the above suggestions you like, you can be sure that an unforgettable vacation awaits you.

Visit Molinere Sculpture Park in Grenada and you will be impressed by the underwater exhibition of art cement sculptures. The attraction is only half an hour by boat from Pink Beach (in case you want to enjoy the hot sun).

Bay of Donsol, The Philippines

The Philippines as a whole boasts diverse flora and fauna and has become a popular destination for divers. There are many places suitable for snorkeling among all 7000 islands, but the Bay of Donsol is a particularly attractive place. In addition to various species of fish and sharks, here you can meet the largest live fish in the world – the whale shark (which inhabits these latitudes in the period from November to June). Surely this experience will not be forgotten.

Devil’s Crown are small rocky hills around Floreana Island that have been known to snorkelers for a long time.

The cliffs and reefs meters away are located in the Pacific Ocean, about 600 miles from Ecuador. The rich animal world is a real paradise for divers. On the surface, you can enjoy the aroma of lavender, and in the surrounding depths, you can meet different species of water turtles and even sharks.

Apart from some of the most beautiful beaches in the world, the Maldives also boasts ideal diving spots.

Bаa Atoll, a UNESCO Biosphere Reserve, is surrounded by the largest coral reef in the Indian Ocean. The place is especially impressive in the months from June to November, when millions of manta rays gather to feed on zooplankton near the shores.

Los Cabos is located in the south of Mexico. Its eastern part, Cabo Pulmo, a protected UNESCO-protected National Marine Park, is home to one of North America‘s three coral reefs. This reef is 20,000 years old and is home to over 800 species of marine animals. Parrotfish, angelfish, damselfish are just a small part of the exotic representatives that you can meet here.

Coral Triangle, or the Amazon of the ocean, as Papua, New Guinea is known, is a place that does not have many tourists. On the other hand, the culture of the local tribes is extremely interesting, and the reefs near the shores remain preserved. If you still decide to visit this secluded place, the underwater mountain Planet Rock will amaze you. Here you will find various marine species such as barracuda, tuna, snapper, and reef sharks, as well as sunken ships from the time of the WWII.

Komodo National Park was established in the 1980s to protect the Komodo dragon population of the Lesser Sunda volcanic archipelago in Indonesia. Today, the park is part of the UNESCO World Heritage site and attracts millions of tourists not only because of its land resources but also because of the surrounding reefs, where you can meet exotic aquatic inhabitants such as dugongs, manta rays, sharks, etc.

Pearl in the crown of Hawaii, Maui, offers luxury resorts just meters from the beach. Around the shores you will find underwater rock formations, coral reefs and various sea creatures. Nearby is the underwater crater Molokini Crater, where the waters are calm and provide you with a wide horizon, and it is possible to see rainbow fish, eagle rays, monk seals.

About 80 miles from the Dominican Republic in the Caribbean is the exotic Silver Bank. If you want to raise your adrenaline, here you can swim to humpback whales – in the Marine Mammal Sanctuary, which is one of the three places in the world that allow visitors to be so close to whales. In the months from November to April, the surrounding fauna is especially rich due to the migration of marine species to this warm destination.

In the crystal clear waters of Bora Bora, you will meet thousands of stingrays, which are attracted by the pleasant climate. These small fish have an affinity for humans and are therefore often called “water puppies”. Be careful not to step on their long beautiful tails, because these small friendly creatures often move very close to humans. If you have dreamed of seeing a shark, this is also the right place. Many lemon sharks inhabit nearby reefs.

Cocos Island is part of the UNESCO World Heritage site and is the only place in the Pacific Ocean with tropical rainforest. “Treasure Island” as it is called, is located on top of a volcanic mountain, and the surrounding underwater hills are rich in caves and coral reefs. The fauna is extremely rich, including manta rays, moray eels, bottlenose dolphins, and whale sharks.

The beautiful island of St. Kitts is famous for its beaches. Near one of them, White House Bay, you can explore sunk ships, including the British troopship, which dates back to the 18th century.

Isla Holbox is located on the Yucatan Peninsula and is known as a destination for divers who want to see whale sharks. During the warmer months, these inhabitants feed on plankton and float to the surface. Dolphins and sea turtles are also a common sight.

The Red Sea has gained special fame among divers in recent years. The Sinai Peninsula is rich in flora and fauna, and its crystal clear waters allow you to explore it in detail. The most popular places here are Shark Bay, Ras um Elsied, Blue Hole in Dahab, and the ideal diving months are April, May, September, and November.

The best places for Red Sea for diving

The 9-island archipelago of The Similan Islands is located within Thailand, although the journey takes 3 hours by boat. The islands are uninhabited, which has led to the preservation of beautiful reefs and marine fauna in the nearby depths. If you are planning your vacation on one of the most beautiful islands in Thailand, keep in mind that the most preferred months are from December to April.

Another stop in the Maldives ideal for snorkeling because of its calm waters. The months from January to April are the perfect time to visit Kadhdhoo Island.

The Bunaken National Marine Park is located between five small islands and has been a protected area for 20 years in order to protect the local rich marine world. The place is not a tourist destination, which means that it is a real paradise for divers because of the preserved flora and fauna.

There is a beautiful coral reef near Koh Lao Liang Island, and the beaches are sandy and ideal for relaxation. Visit the island in March or April to enjoy its full beauty. Here you will avoid the big crowds and the noisy everyday life.