Germany is a place filled with many historical landmarks, architectural monuments, museums, but also with opportunities for a relaxing holiday, tranquility, and outdoor sports. If you want to indulge in cultural events and visits major restaurants then the big cities like Hamburg, Munich and, of course, the capital Berlin are the right place for you.

There are many resorts that will provide you with the necessary rest and relaxation near the Alps and along the Rhine River. In the smaller towns, there are preserved ancient traditions, markets, and festivals, as well as cathedrals from centuries ago.

In this article, we will introduce you to 16 of the most popular vacation spots in Germany. 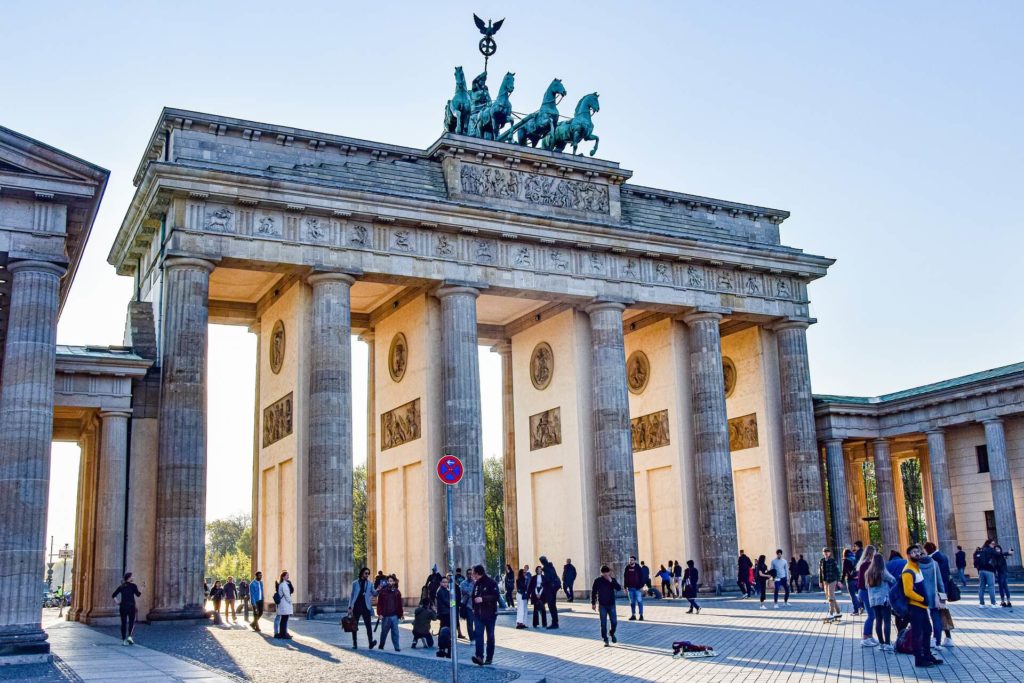 The Brandenburg Gate is perhaps the most famous tourist destination in Berlin and one of the best places to visit in Germany. Built in neoclassical style, the architecture of this ancient monument is borrowed from the Acropolis of Athens.

The Gate was built for King Frederick William II in 1791 and has 6 huge columns that divided the traffic, 4 of which were intended for ordinary citizens, and the two central ones – for royalties. The two buildings at either end of the massive building served to toll collectors and security guards.

The building is 26 meters high and the highest point is the Quadriga – the goddess of victory drawn by a horse-drawn carriage. Historically, the Gate was part of the Berlin Wall, symbolizing the division of East and West Germany, and was damaged several times during WWII. 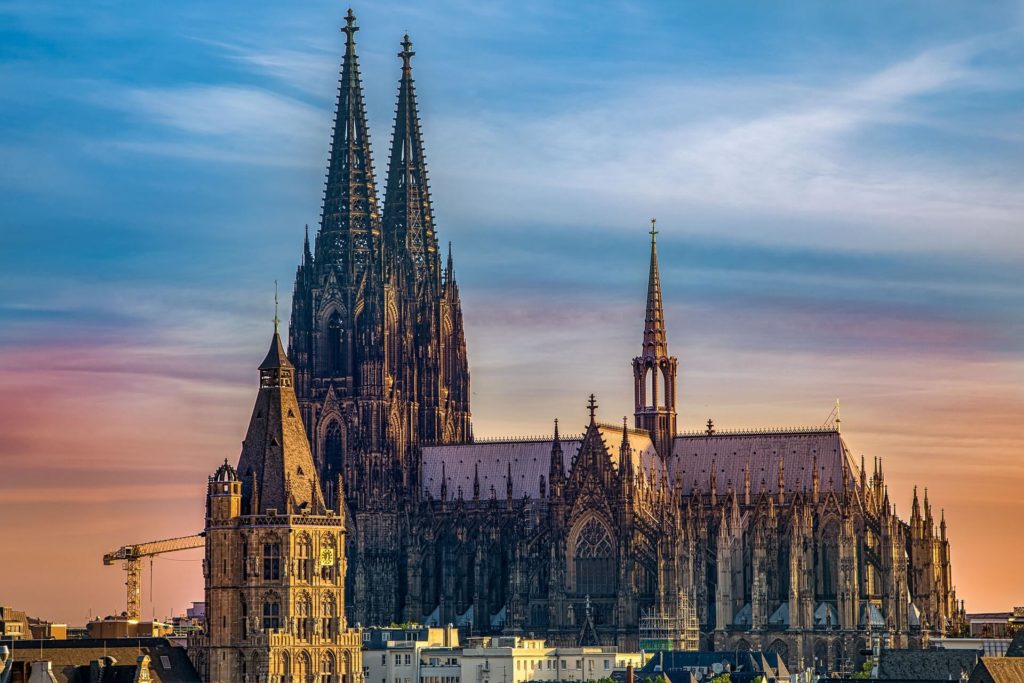 The Cathedral of St. Peter and St. Mary, also called Cologne Cathedral located on the banks of Rhine is among the most iconic buildings in the area. Its construction began in the middle of the 13th century, and the architecture is Gothic.

With an area of over 6,000 sq.m. this is one of the biggest cathedrals in Europe. Perhaps the most famous work here is the Reliquary of the Three Kings, dating from the 12th century.

Here you will also find the Treasury with its huge collection of priceless objects preserved after WWII, the amazing views of the South Towers, and the glass Three Kings Chapel.

If you love hiking, the 160-kilometer Black Forest is one of the must-see places in Germany during your vacation. The dark hills stretch from Pforzheim in the north to Waldshut to the south. The western side is flatter and descends smoothly to the banks of the Rhine, and the western reaches the Neckar and Danube valleys.

The most frequently visited destinations here are the spa resorts of Baden-Baden, Todtnau – the oldest ski area in Germany, and the luxury resort of Bad Liebenzell.

For those who prefer less physical exercise, a Black Forest Railway tour is offered, and if you want to get to know the essence of Black Forest in more detail, choose the Black Forest Open Air Museum. 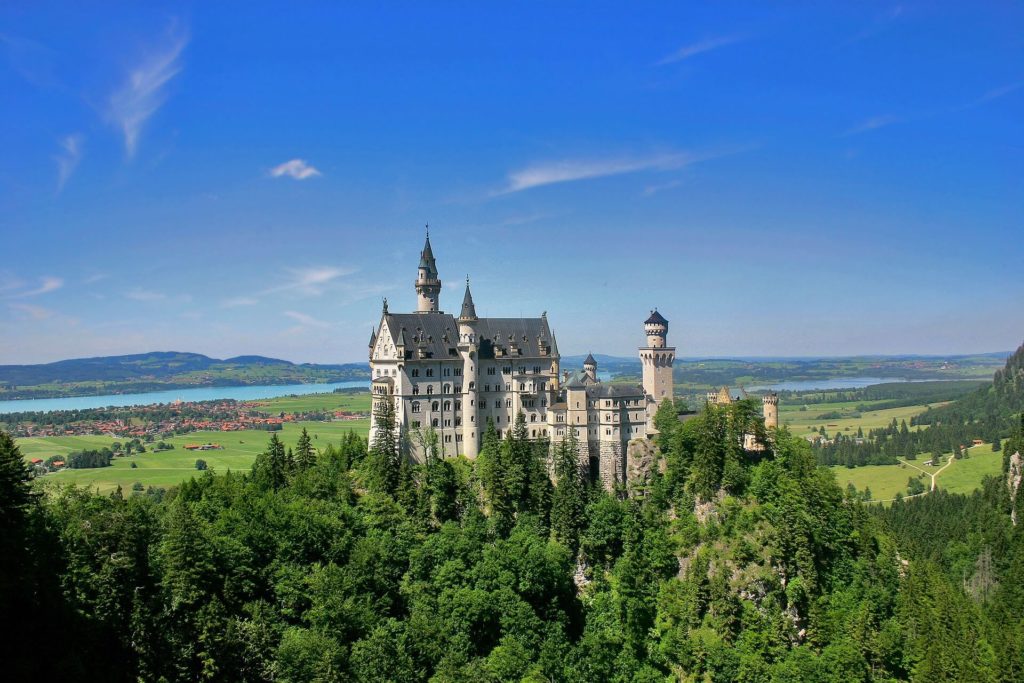 The old town of Füssen with its alpine resort and sports center is located at the foot of the Alps and is one of the most convenient places if you want to visit Neuschwanstein Castle – one of the most impressive and old royal palaces in Europe.

The picturesque building, consisting of several towers, was built by King Ludwig II and is the inspiration for many Walt Disney movies.

A number of tour agencies offer a tour of the castle during which you can learn more about its history and enjoy the beautiful halls.

Miniatur Wunderland and the Historic Port of Hamburg 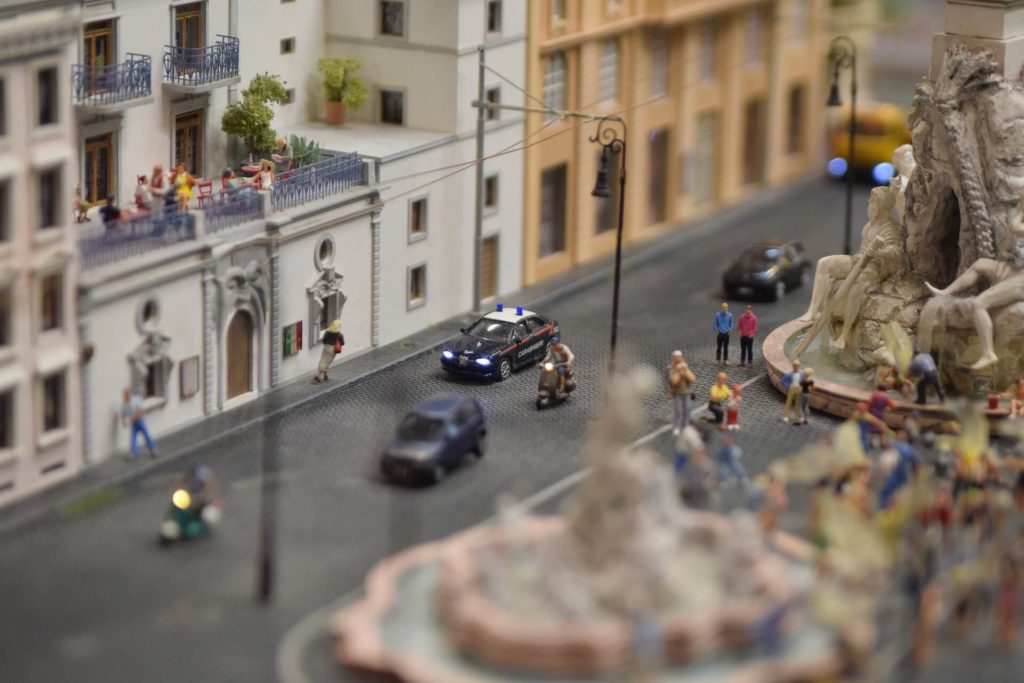 The Miniatur Wunderland is located in central Hamburg and is the largest model railway in the world. With its 12,000-meter route, the attraction has separate sections dedicated to England, the United States, and Scandinavia.

In the scale model, you will find “urban” areas, airports with planes that really take off, trains, ports. You can book behind-the-scenes tours to keep you entertained day or night.

During your visit to Hamburg, visit the local port, which is one of the largest in the world. 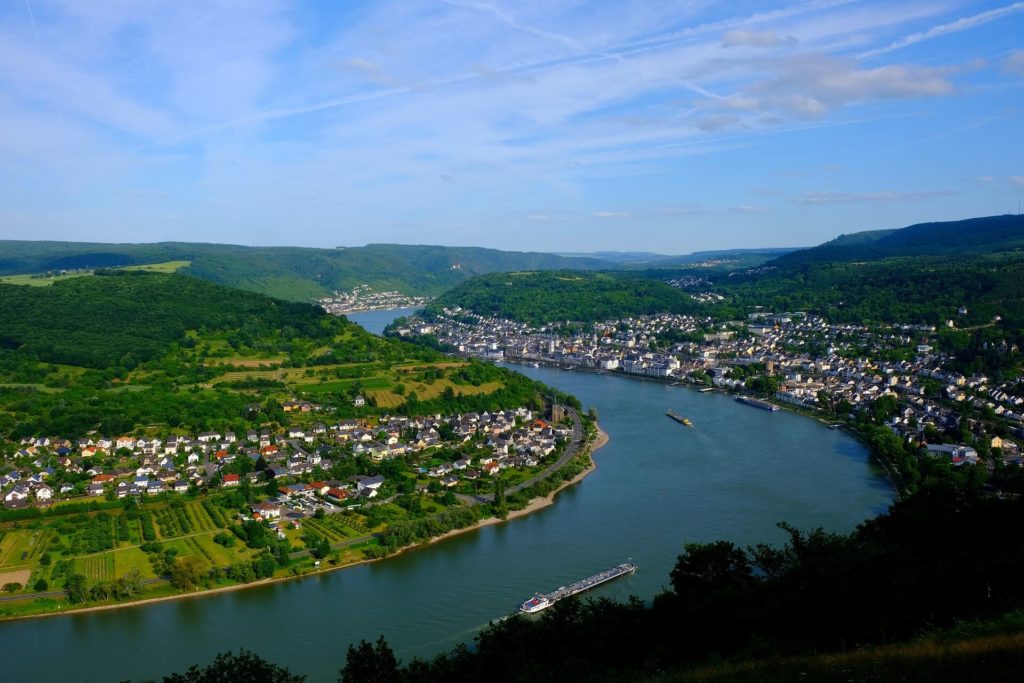 The Rhine River springs in Switzerland pass through Germany and reaches the Netherlands with a total length of 1320 kilometers. This is one of the most important and beautiful waterways in Europe.

The most visited by tourists is the 40-kilometer part of the Upper Middle Rhine Valley, which is extremely picturesque, and along with it, you will find a number of ancient cities and castles. The beautiful city of Bingen is just one of the must-visit places to explore the valley by car or cruise. 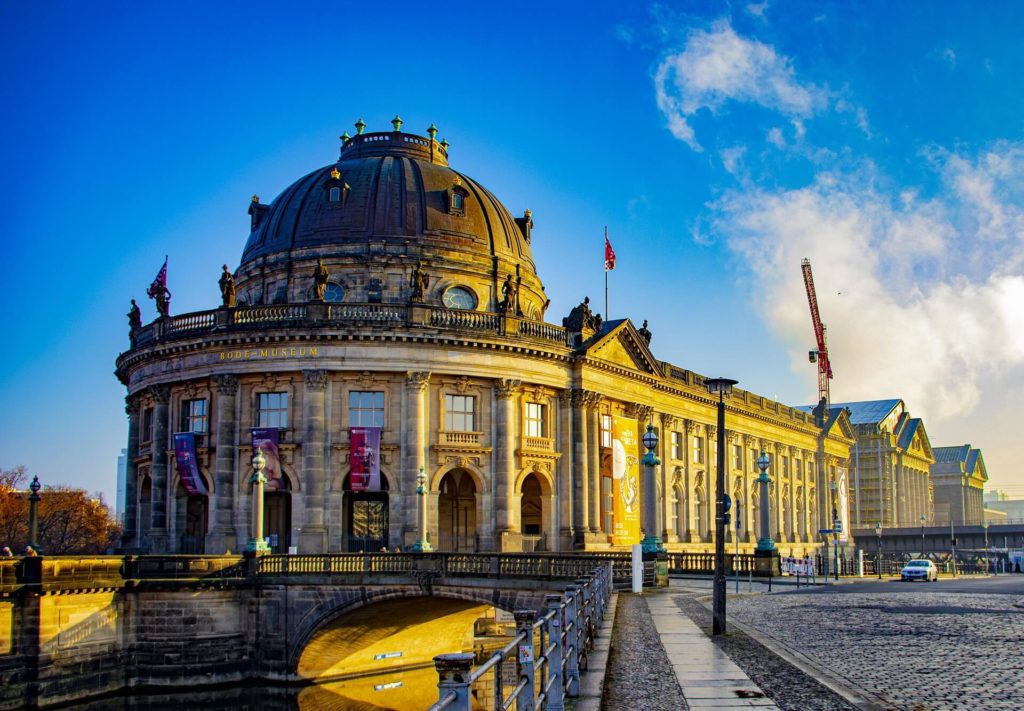 The Museum Island is located between the River Spree and the Kupfergraben and houses all the most important and large museums in Berlin.

The pearl in the crown is the Old Museum, dating back to 1830 and preserving the most famous treasures. In the middle and end of the 19th century, the New Museum and the National Gallery were added, and in 1904 the Bode Museum, which preserves antique works of art.

The Pergamon is the place to see ancient and reconstructed buildings from the Middle East. 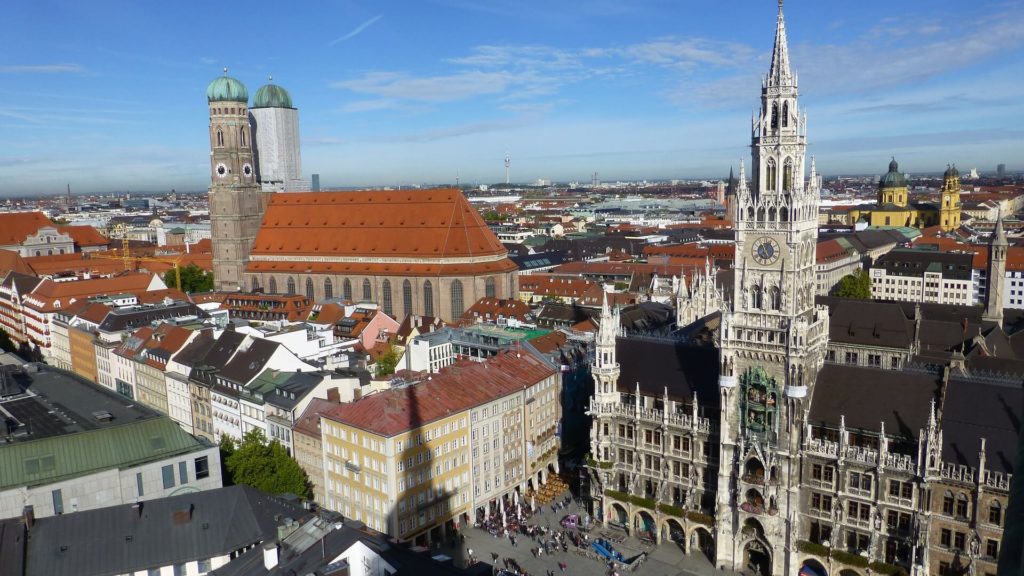 Munich is one of the must-see places in Germany. The development of Munich as a major tourist and economic center dates back to the 12th century when a monastery was built here.

The capital of Bavaria has today become one of the most popular tourist destinations, and Marienplatz, once a center of merchants, is now full of sights, cafés, shops, and restaurants. Mandatory stops for tourists in this picturesque square are the Neues Rathaus and Altes Rathaus with their rich historical past, as well as the huge monument of the Virgin Mary.

There are also a number of festivals, including Christmas parties, and carnivals such as Fasching. No matter what time of year you visit the famous square you will surely witness a lot of celebrations and entertainment. 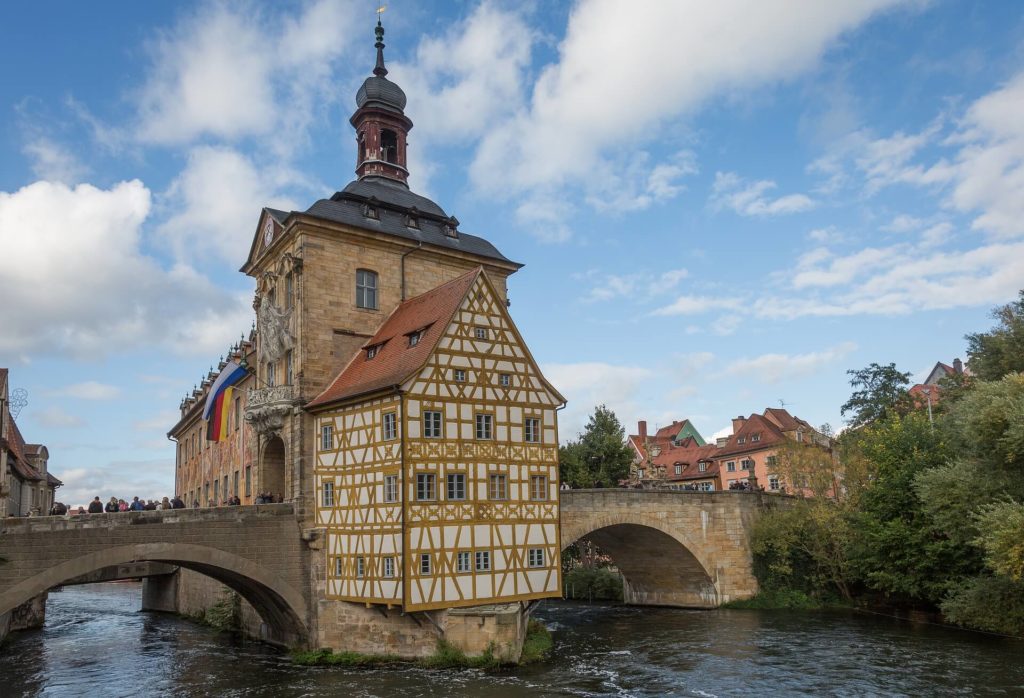 Bamberg is located where the Regnitz River is divided into two and is ideal for a pedestrian tour around the old and well-preserved old streets. 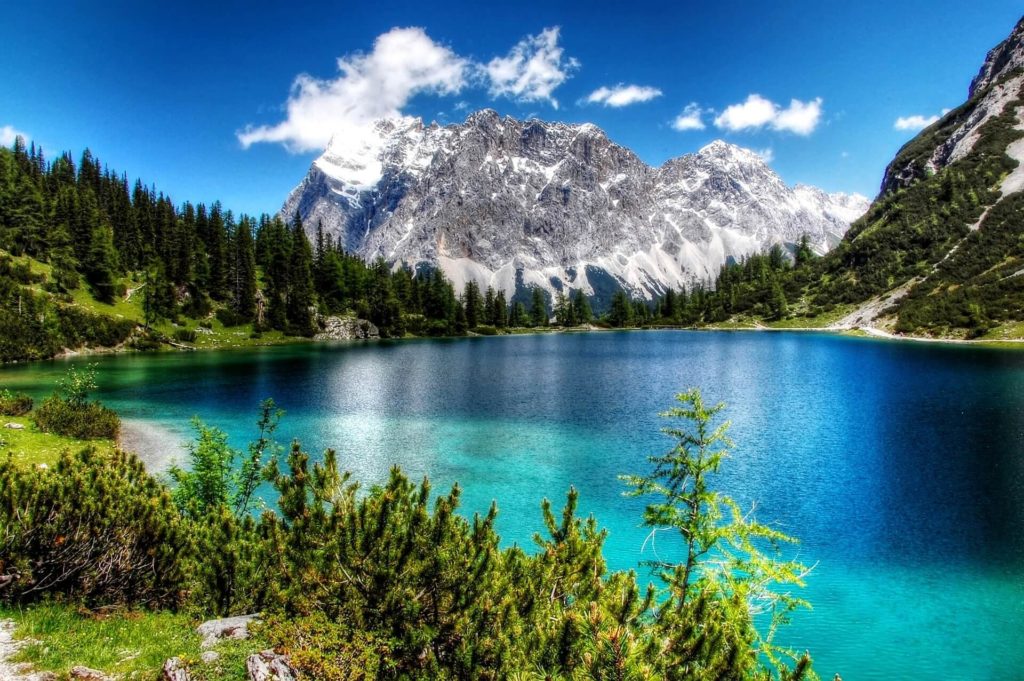 Zugspitze Massif is located on the border between Austria and Germany and is part of the Wetterstein mountain chain. Here are focused many ski resorts ideal for your winter vacation.

You can travel through the eastern part of the Bayerische Zugspitzbahn railroad, which will leave you a lifetime memory. The other Railway is Tiroler Zugspitzbahn, which climbs you up to 2805 meters high, and from there you can continue your adventure by Cable Car to Zugspitz-Westgipfel Station soaring 2950 meters.

You can also walk through the Schneefernerhaus Station’s 800 meters tunnel, providing many places with views and reaching the observer platforms in the east.

The Island of Rügen 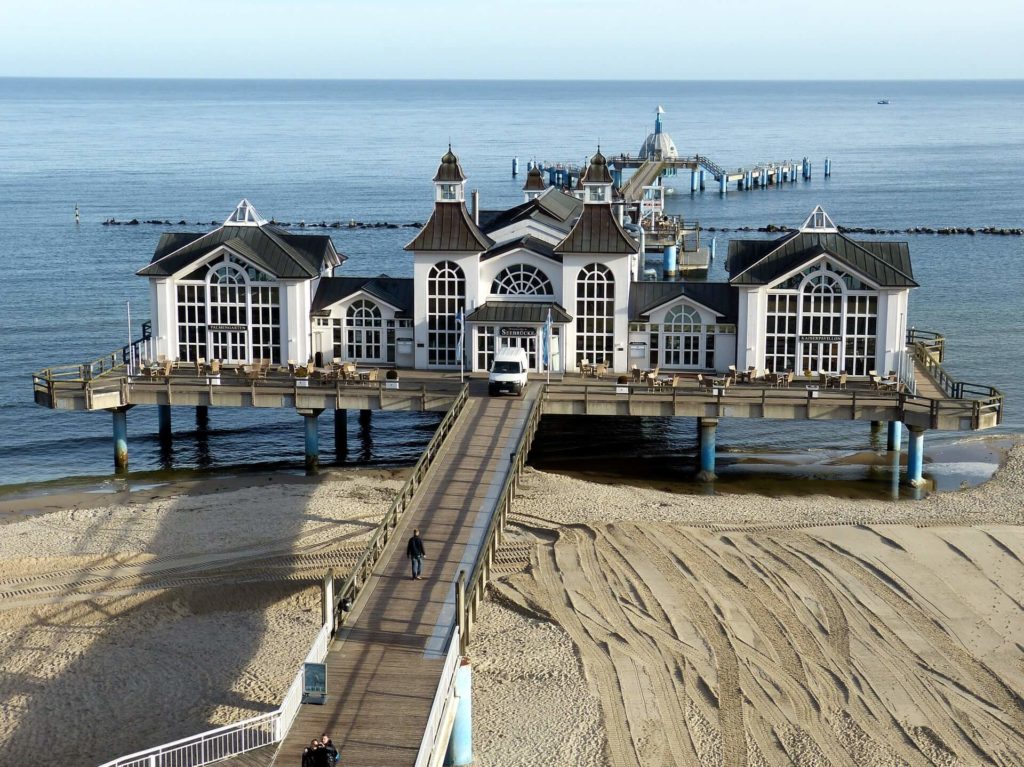 As the largest among Baltic Islands, Rügen boasts a variety of nature – from hilly and wooded hills to sandy beaches and lagoons. Favorite tourists are the Jasmund peninsula and the national park here which is inhabited by a variety of animal species, including some protected and rare ones.

Another Nature Park on the island – Königsstuhl will be captured with its wooded hills that abruptly and dramatically pass into sandy beaches.

One of the oldest places here is Putbus rich in neoclassical buildings. 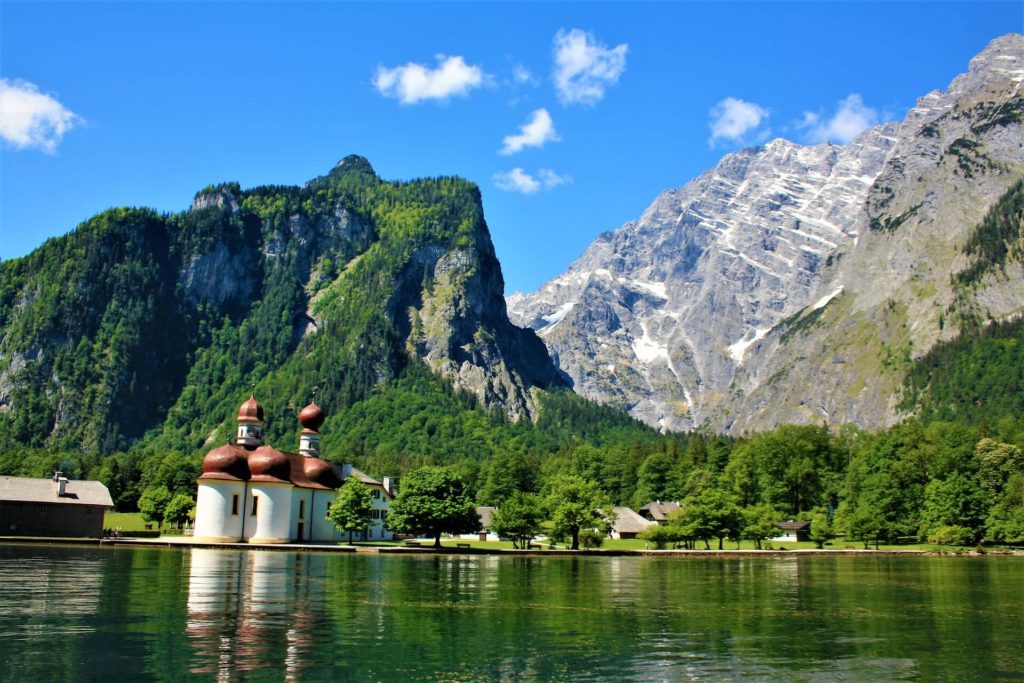 The area of King’s Lake is one of the must-see places in Germany for lovers of long mountain transitions and impressive views.

One of the most liked places in this regard is Painters’ Corner, located in the eastern part and delighted with the sight of the lake and the surrounding hills. At the southern edge of the lake is the Pilgrimage Chapel of St. Bartholomew to which you can get by boat.

Nearby is Berchtesgaden – one of the most popular winter resorts in Bavaria. Berchtesgaden National Park was protected by UNESCO since the 1990s. 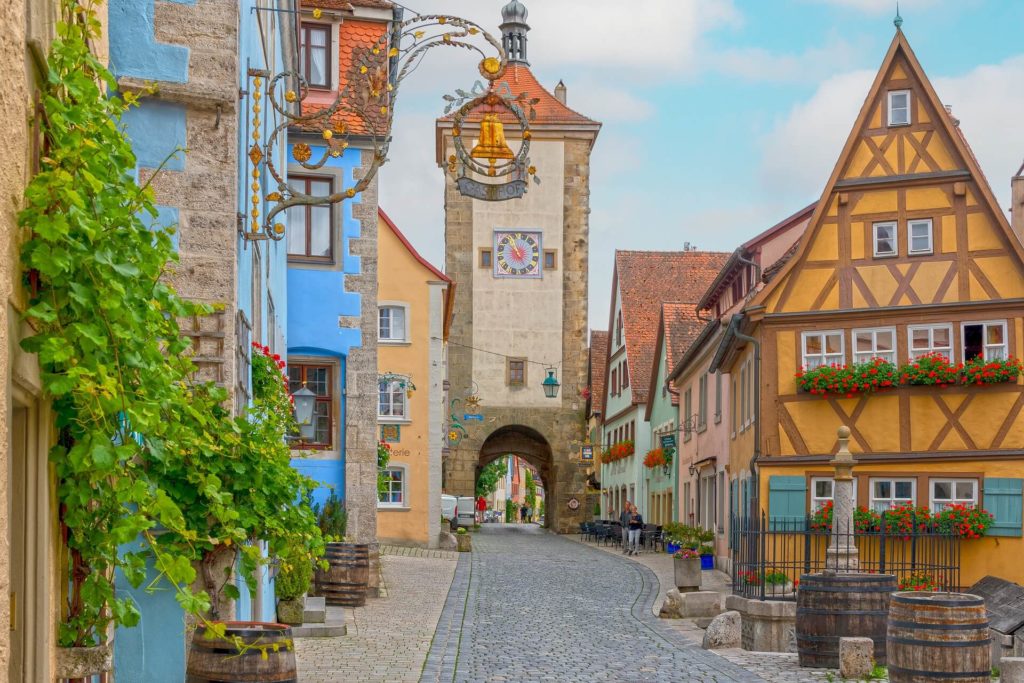 One of the best places to visit in Germany is the ancient city of Rothenburg. The city is situated on the banks of the River Tauber and is noticeable with the high towers and walls that are inherited by Franconian Empire.

You can tour the main sights on foot as you start at Town Hall, go through Ratstrinkstube and its impressive clock, St.-Georgs-Brunnen Fountain built in the early 17th century and reach the old St. James’s Church.

Probably on your way you will stop exploring some of the remarkable architectural masterpieces here or you will choose one of the wonderful restaurants. 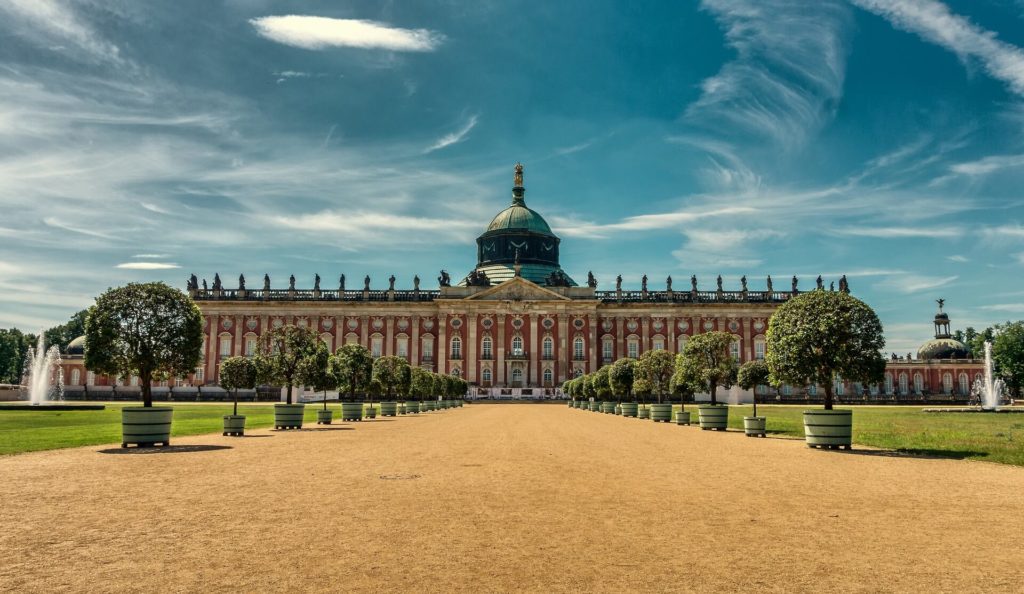 Sansouci Park was completed in 1756 and was built in Rococo style. In its impressive barrage gardens, you will find over 3000 trees, over a two-kilometer avenue, surrounded by buildings in which you are worth getting in. Some of them are Picture Gallery, Chinese House, and the Roman baths.

Sansouci Palace is at the center of this huge park and has an incredible interior.

Insel Mainau or the Fower Island will intrigue you with its spectacular gardens right next to Lake Constance. You can reach the Island by a walk through the pedestrian bridge or with a boat tour. A must-stop is the 18th-century Schloss with its White Hall which was used as a defensive tower in the past. 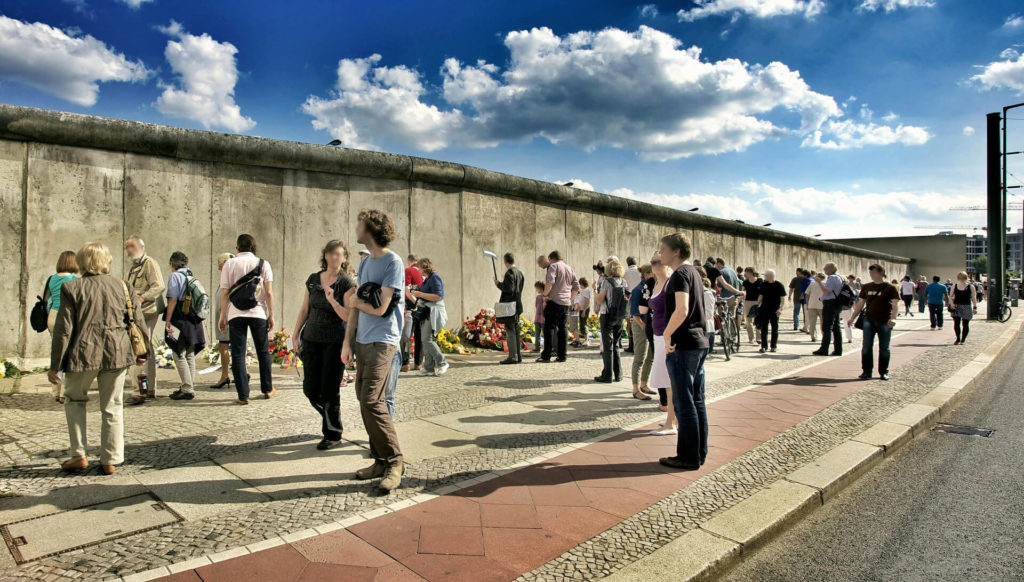 Last but not least on our list is the great Berlin Wall. Here you will not be impressed with amazing landscapes, but you will see live a bit of Germany’s history. The wall was built in 1961 (and destroyed in 1990) as a testimony of the Cold War that begins after WWII.

In the past, it stretched to 155 kilometers, dividing Germany into two parts, but today only separate sections from it were left. More for the history of this spectacular building you can learn from the Berlin Wall Exhibition. You will probably also stop at the Berlin Wall Memorial.

Germany is one of the richest countries in a cultural and historical plan in Europe. Here you will find many museums that will tell you about the difficult history of the population, a number of architectural monuments and peaceful baroque towns. You will not miss beautiful natural views, luxury resorts, ski runs, or beaches. Surely this is an ideal place for your European vacation regardless of your hobby and mood.