Atlanta is the cultural and financial hearth of the American South. The city, which functioned as a military outpost, grew up to be the meeting point of numerous railroads. Today, Atlanta, the capital of Georgia, along with being a crucial commercial town, is the most crowded city in the mentioned state.

Although the town went up in flames during the American Civil War, it regenerated and transformed into the informal capital of the “New South.” Additionally, it developed into a large organizing hub of the civil rights movements in the 20th century.

The bustling town of Southern beauty that everyone adores has multiple seductions. Its museums, gardens, aquariums, theatres, and historic sites are not suitable for comparison. Before planning your holiday, take a look at the following list of the top things to do in Atlanta.

1. Come face to face with whale sharks in the Georgia Aquarium

With its multiple aquatic animals, the Georgia Aquarium ranks among the best places to visit in Atlanta. It is the most massive aquarium in the United States and the third-largest on Earth. The hugest one on the planet since 2012 is the Marine Life Park.

Visiting the place, you get the golden opportunity to dive with the sharks. There are also beluga whales, which are known for their smiling appearance as well as smooth movements, and a few California sea lions. Another attractive option to get closer to the gorgeous creatures is to go through an acrylic tunnel.

2. Saunter through the Atlanta Botanical Garden 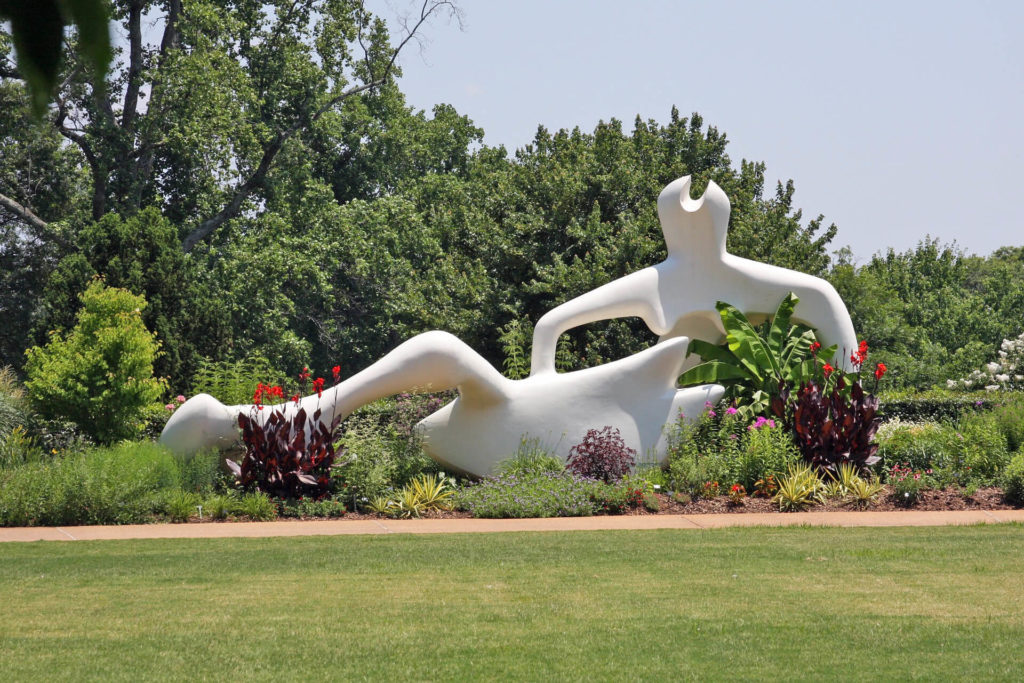 Atlanta Botanic Garden encompasses a whole bunch of tiny gardens, each of which is designed according to a different theme. It is pretty throughout the year as there is something in blossom all the time. Nevertheless, spring is the most opted season to visit the spot.

A few of the most appealing focal points are the Japanese Garden, the Conservation Garden, the Desert House, the Orchid Display House, and the Winter Garden. Both the colorful Rose Garden and the exquisite hydrangeas form the grandest assemblages in the southeast.

Moreover, there is a specific section for children full of blossoms such as Swamp Hibiscus, Constellation Dogwood, and Falling Water Bald Cypress. A glass beehive is also in existence in this area so as to observe the process of making honey.

Being about 35 acres, the Martin Luther King Jr. National Park contains a variety of structures connected with the life and work of Martin Luther King Jr., an eminent spokesperson and head of the civil rights movement from the mid-twenties. Some of the highlights include his childhood home at 501 Auburn Avenue and the Ebenezer Baptist Church, where he plus his dad used to be pastors.

Other worth-seeing buildings are King’s grave and Fire Station No. 6. In the station, which brings together Martin’s childhood home and Ebenezer Baptist Church, unpaid workers narrate stories of the leader’s early life. Moreover, there is the Martin Luther King Jr. Center for Nonviolent Social Change.

4. Visit the Center for Civil and Human Rights

The National Center for Civil and Human rights opened in 2014 lest one forgets about the notable achievements of the American Civil Rights Movement of the mid-twenties. Big businesses such as The Coca-Cola Company and Delta Air Lines made substantial contributions to the museum.

The center gives away a lot about Jim Crow laws thanks to factual speeches, television programs, personal accounts, pictures, and videos. Furthermore, activities that include active participation are ideal for bringing the guests into the pain.

There is also Human Rights Movement gallery that displays photographs that depict events related to human rights all over the world: women’s rights, kids’ rights, and Apartheid in South Africa. The gallery makes one realize the importance of freedom.

5. Attend a live performance at the Fox Theatre

The theatre owes its outstanding design to Olivier Vinour, an eminent architect. Initially, the building was adapted to function as the Yaraab Temple Shrine Mosque. That’s why Olivier adorned the Fox Theatre with elements of Islamic architecture.

The inner part of the structure has never been modernized. The chambers remain their initial grace as a consequence of numerous remunerations, which have been carried out throughout the years. All the more, every single piece of furniture sustains its 1929 look.

The enormous construction entertains dozen of visitors with a wide diversity of cultural and artistic events. For instance, there are organized concerts by prominent singers, ballet performances, operas, et cetera. Apart from the theatre, the Egyptian Ballroom and the Grand Salon are accessible for unique occasions. 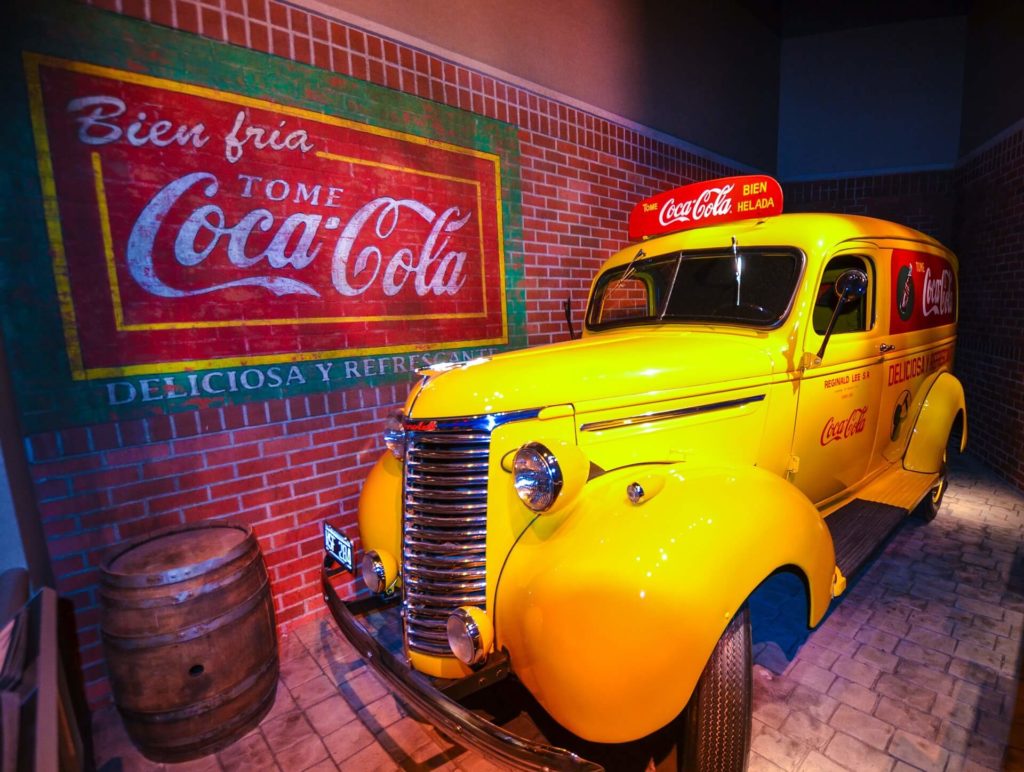 In the 19th century Dr. John Pemberton, a chemist by profession, decided to invent an elixir that prevents headaches. However, his friend added water and carbonic acid to the liquid and inadvertently created the most famous non-alcoholic drink.
Opened in 2007, the World of Coca-Cola covers 20 acres. The museum uncovers the popular drink’s early history and enlightens its visitors about the company’s remarkable achievements. Must-see spots in the museum include a Coca-Cola Theater, a 3-D Theater, and a Pop Culture Gallery. There is also a Scent Discovery exhibit, which gives you a chance to try multiple scents.

7. Go for a jog in Piedmont Park

Piedmont Park is surrounded by the Midtown and Virginia Highland communities. The very first owner of the ground was Dr. Benjamin Walker. Later it became Gentlemen’s Driving Club’s property. The Club and the Piedmont Exposition Company decided to use the land as a park.
The park has jogging trails that stretch out for miles. Those who do not want to perspire can have a picnic since there are tables and benches. With its swimming center, softball fields, soccer fields, sports lessons, the soothing area is ideal for physical activities.
In the southeast of Piedmont Park is the lake, where fishing is allowed. Do not miss the special occasions, festivals, celebrations, and concerts that the park hosts. You can watch classic movies on a big screen in the open air during the hot months for free.

Found in 1926, the Atlanta History Center is an enormous compound that confines the Centennial Olympic Games Museum, Atlanta History Museum, Smith Family Farm, Swan House, as well as the Kenan Research Center. The center’s campus, which covers more than 30 acres, encompasses a variety of significant gardens.

Currently, the point has nine eternal and a number of transitory exhibitions. Permanent ones have intriguing titles such as Stories of Atlanta, The American Civil War, A Chinese Export Life, The Big Picture, etc.

9. Go to the High Museum of Art

Opened in 1905 as the Atlanta Art Association, the museum was renamed the High Museum of Art after the donation of the High family. In 2005 it expanded by adding new structures, planned by architect Renzo Piano. The center enshrines unique pieces of art from the Renaissance. Nevertheless, it is especially renowned for its masterpieces produced by French professionals in the 19th century.

The place features an essential assemblage of European pictures made using paint, an African art collection, 7 500 photographs, and, last but not least, an American art collection. In 1975 the museum started gathering the artistic productions of self-taught painters. There are also distinctive exhibitions and a site where you can watch movies with your amigos.

10. Have a look at the Center for Puppetry Arts

Probably the Center for Puppetry Arts is one of few places which your child will relish visiting. Opened in 1978, the organization stands in Midtown. A grander museum that displays puppets than this one does not exist in the United States. Be ready to learn everything about the different types of puppets and puppetry traditions all over the world.

Fans of “The Dark Crystal” will fall in love with the gallery since it includes Wayland Flowers’ Madame, The Little Players, and Skeksis. Additionally, the Jim Henson Collection Gallery exhibits some artifacts from ”Sesame Street”, ”The Muppet Show”, and ”Labyrinth.”

Go to the museum’s library to embrace puppetry art. The Center for Puppetry Arts organizes shows and Family Performances. And traveling puppetry vendors set up shops at the Centre from beginning to end of the SummerFest.

The Cemetery, found in 1850, was known as Atlanta Cemetery. In 1872 it was renamed Oakland Cemetery to demonstrate the multiple oaks and magnolia trees that stand in the region. Moreover, this Historic Landmark initially covered merely six acres. However, the site expanded to 88 acres after the Civil War.

You can find the Historic Oakland Foundation over and above a Visitor Center, which was the place for keeping coffins in the past, and a Museum Shop in the area. There are also gorgeous pieces of sculpture, lovely gardens, and animals. Enjoy the beauty of the Austell Mausoleum, designed in the Gothic Revival style by Alfred Austell.

Fernbank Museum of Natural History was found in 1992 beyond a chain of historic houses. The museum covers 65 acres of the Piedmont woodland. Its attention-grabbing displays include Аrgentinosaurus, and a Giganotosaurus. The exhibition called A Walk Through Time is itself enough reason to visit the area.
Other captivating shows are “World of Shells,” “Fantastic Forces,” “Curator’s Corner,” and so forth. Not only do exist exhibits devoted to the nature of California but also other countries. For the delight of movie lovers, the Giant Screen Theatre, showing incredible nature documentary series and movies, is available.

13. Enjoy the view of the colorful fountains at Centennial Olympic Park

A pleasant and relaxing Atlanta attraction that the place offers is staring at the playing fountains. Centennial Olympic Park stands in the middle of the town, close to the World of Coca Cola. The park hosts concerts that are free of charge along with seasonal occasions. The most remarkable events are the Christkindl Christmas Market and the Chinese Lantern Show.
Flags of every nation that hosted the Summer Olympics fly around the fountain zone. Many statues stand within the park, involving “Gateway of Dreams” and the father of the current Olympic movement. A tiny amphitheater is in existence in the park’s southern part.

The Michael C. Carlos Museum, officially found in 1919, is home to pieces of art from Greece, Rome, the Near East, Africa, and the ancient Americas. The museum came into being thanks to the donation of Michael C. Carlos in the amount of $20 million.
In total, there are over 16,000 artistic productions. What is more, it features a teaching laboratory and a conservation center. Every year the spot entertains 120,000 guests. The museum owns a Web site called Odyssey Online that gives children the chance to find out the art collections held in the Michael C. Carlos Museum.

Stone Mountain Park is located close to Atlanta, in the middle of DeKalb Country. You will love its soothing view and fresh air. Just imagine clambering the Stone Mountain with your close friends. Furthermore, you can ride the 1940s locomotive, which runs through the park.
Other amusements within the area include visiting a museum that displays Native American works of art, taking endurance courses, feeding different types of animals, and more of the same. There is a dinosaur park with archaic creatures as well.

Things to do in Atlanta when it rains