In the late 18th century, Charleston was known as one of the richest cities in South America. Here are built some of the most impressive homes of the owners of the plantations in the area which has become the most exciting places to visit in Charleston. Today the city has a rich historical heritage and is ideal for a romantic vacation. You can choose from many things to do in Charleston – go for a walk or take a horse and carriage tour of the cobbled streets, and around you will see hundreds of churches and ancient mansions that have preserved their former grandeur.

Fans of cultural treasures can visit more than one museum or take a tour of one of the local plantations. Charleston is also the site of the first shots of the Civil War and has the USS Yorktown aircraft carrier. Last but not least, the youngest will be captivated by the rich variety of animals in the local aquarium.

The specific atmosphere of Charleston, which takes us back in time, is the reason why the city is visited by so many tourists. If you have decided to spend your vacation here, here are some of the Charleston attractions that you should not miss

the Battery is a historic defensive seawall and promenade. It stretches along the lower shores of the Charleston peninsula, bordered by the Ashley and Cooper Rivers, which meet here to form Charleston harbor and is named after a civil-war coastal defense artillery battery that once stood on the site.
Address: Charleston, SC 29401, United States
Open in Google Maps 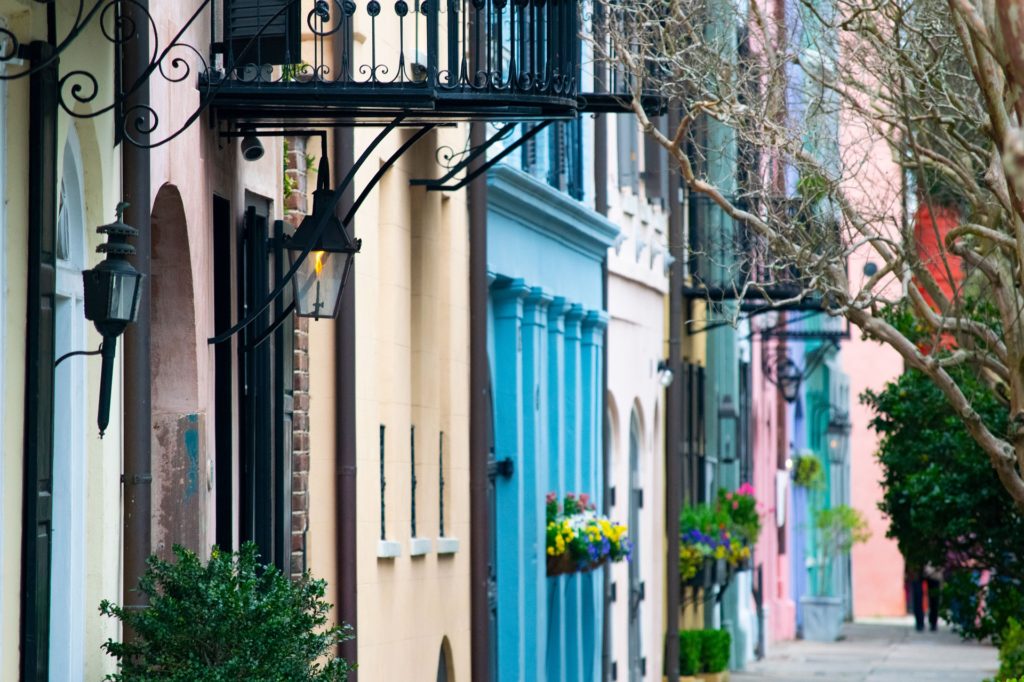 This Charleston street of brightly colored homes is easily the city’s most photographed spot, and it’s easy to see why. The 14 brightly colored Georgian row houses that line East Bay Street were built as merchant stores in 1730.

Middleton is one of the oldest landscaped gardens in America and carries the typical atmosphere of ancient South America. With typical 17th century European architecture, the place will impress you with several galleries, swimming pools and a preserved plantation house.

A soothing walk among the gardens with camellias and azaleas will leave a wonderful memory. The house was built in 1755 and 4 generations have lived here. During the tour, you can learn more about the slaves who lived in the local rice plantation. A number of artifacts from that time have been preserved – furniture, books, silver, porcelain and portraits.

Particularly interesting are the interpretations of various crafts such as pottery, carpentry, cooperage, and weaving. 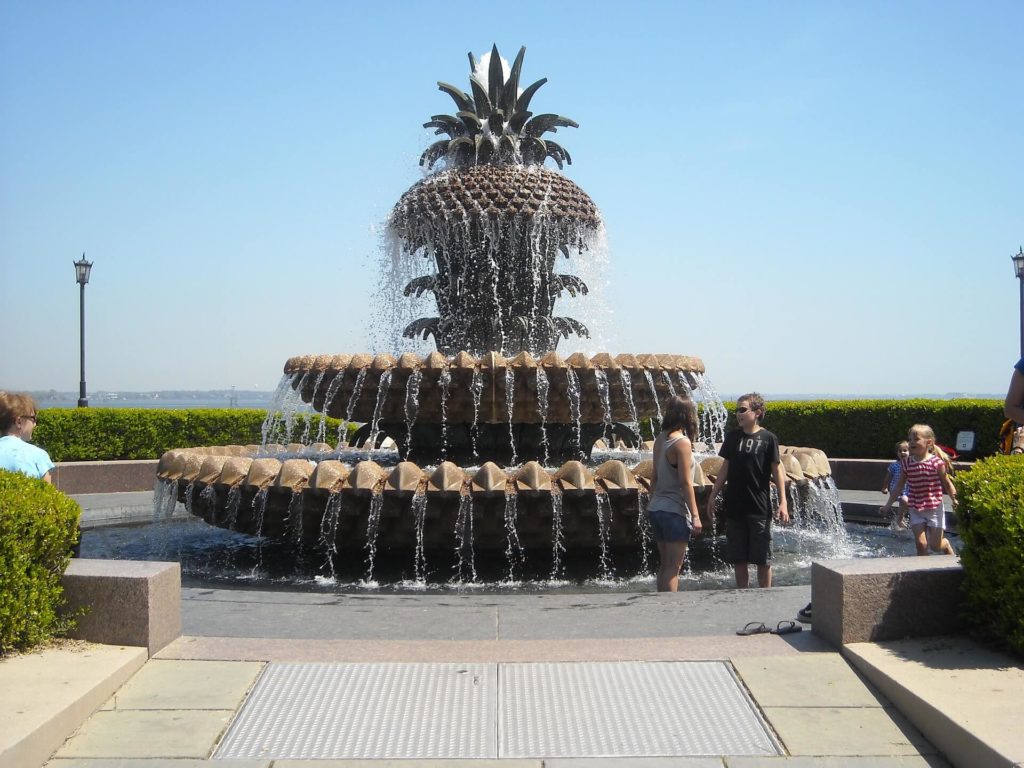 The park is located on an area of 12 acres with incredibly beautiful views of Charleston Harbor. The greenery is in unison with the ancient benches and fountains, the most famous and unconventional among which is the Pineapple Fountain. Large ships and small boats at sea are a common sight here. The park is located near the City Market and a number of historical attractions.

The unearthly beautiful garden is known as America’s oldest publicly accessed gardens dating back to 1870 in its current form. Some of the areas are even older. The beautiful year-round colors here and the peaceful places for a walk create a romantic atmosphere and has made this mansion one of the main Charleston attractions. Generations of owners have added something to turn the garden into today’s fairytale picture and a major tourist attraction.
You can choose to visit the house and gardens with a guide, as well as by boat. For the little ones there are also entertainments – a nature center and a petting zoo.

Shopping for souvenirs, handicrafts and local produce is always fun during a trip. The old market building is the right place for that. Charleston’s most famous souvenir is sweetgrass baskets. Motifs from West Africa are used to make it, and during your walk you will have the opportunity to see their master craftsmanship in various open “sheds” on the market.

Fort Sumter is perhaps the most famous site of the Civil War. There, on April 12, 1861, this famous event in American history began and ended 4 years later with the hoisting of the American flag over the harbor. The ruins of Fort Sumter can be reached by boat, which also gives you the opportunity to explore the city from the water.

Patriots Point is located in the historic area of Charleston, and from there you can aboard the USS Yorktown – the tenth aircraft carrier in the United States, served and distinguished in battles during WWII, as well as a number of battles in Vietnam.

You may have already seen this huge machine since it starred in the 1944 documentary The Fighting Lady.

During your visit to Patriots Point, you can see submarines other combat vehicles.

The area where Ashley and Cooper Rivers meet was declared a public garden as early as 1837. Here you will find many military monuments left over from the Civil War, and a special place is assigned to the Confederate monument. The beautiful garden is surrounded by some of the most impressive mansions and houses, so your walk here will surely remain unforgettable, even if you are not a typical lover of history.

South Carolina Aquarium is one of the things to do in Charleston if you travel with your family or children. You will probably be surprised by the fact that here, in addition to aquatic creatures, you will also find birds, reptiles, mammals and unusual varieties of plants. The 385,000-gallon aquarium tank is located on two levels providing a daily interactive show.
You can look forward to seeing live and up close sharks, starfish and rays. Visitors will also have the opportunity to visit Sea Turtle Hospital – the only hospital for injured sea turtles in Southern California. 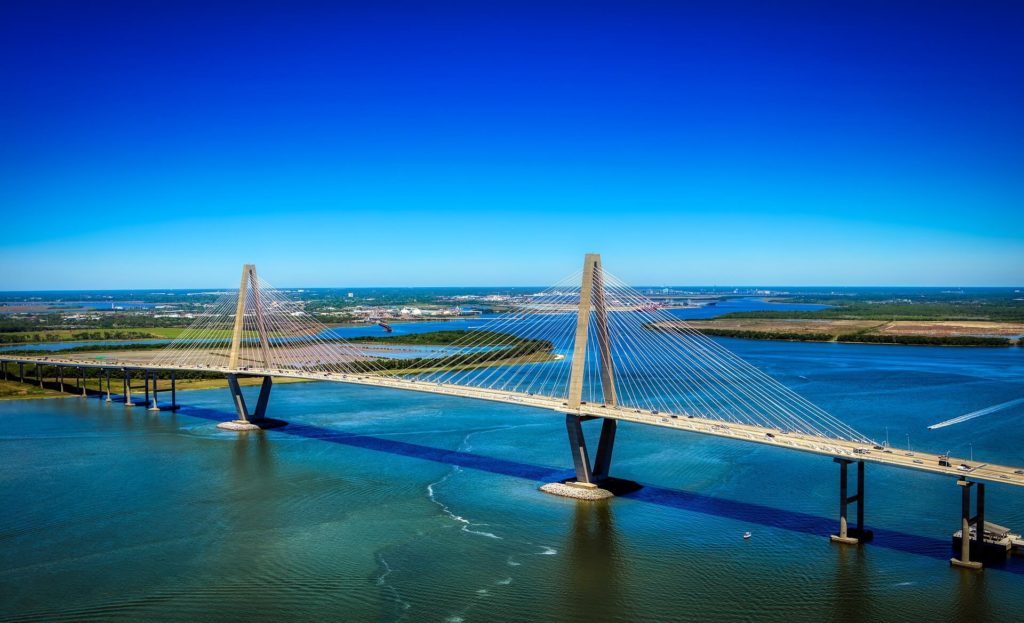 The Arthur Ravenel Jr. The bridge towering over the Cooper River was built in 2005 and has since been one of the main attractions for lovers of long walks and bike rides. A special area called Wonders’ Way has been created for them.

The bridge is fastened with strong metal cables and is built to withstand earthquakes with a magnitude of 7.4 and winds of over 300 miles. 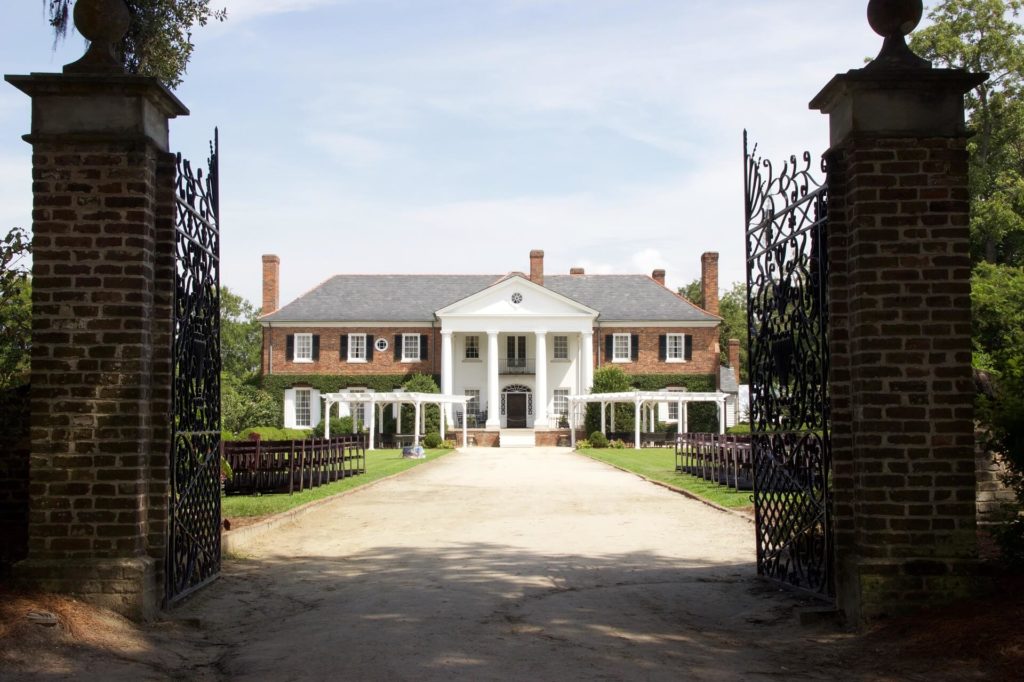 Boone Hall Plantation was built in 1681, making it one of the oldest operating plantations in America. The place is best known for its three-quarter-mile Avenue of Oaks. The trees here are over 250 years old and were planted by the first owner of the land. Of particular interest may be the slave cabins preserved from those times.

If you want to buy fruits and vegetables locally produced – visit the nearby Hall Farms Market.

“America’s First Museum” as it is often called The Charleston Museum opened its doors in 1773. Among the permanent exhibitions, you will find those dedicated to the first American settlers. Learn about some of the items used to grow rice, antique weapons, items from the Revolution and Charleston’s involvement in the Civil War.

A separate room houses exhibits of world history and culture, including Egyptian mummies, Greek and Roman works of art. In Charleston Silver Hall you will find silverware of historical value, and in the Historic Textiles Gallery, you will find a constantly updated collection of needlework and costumes. 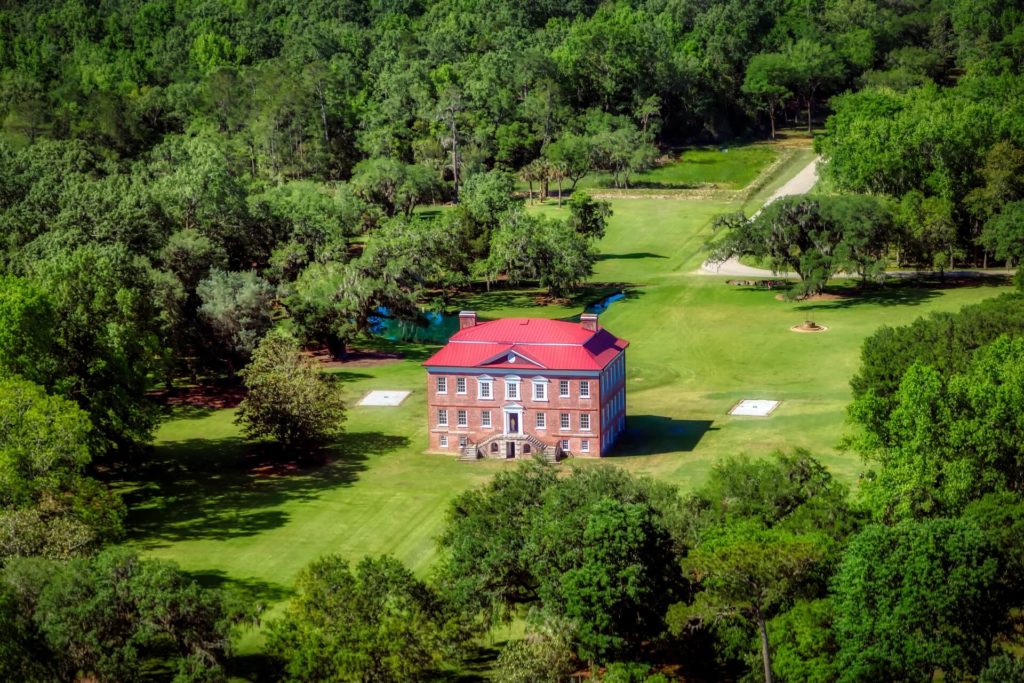 This magnificent building is also the oldest American unrestored plantation house. The interior of the house has not changed over the centuries, which creates a specific ancient atmosphere. Drayton Hall Plantation managed to withstand the Civil War so that today we see the overall furniture and architecture as it was in the early 18th century.

In the plantation is the African-American cemetery, which is the oldest active similar cemetery in the country. You can tour the plantation and learn more about its historical heritage, you can choose a guided tour.

The Old Slave Mart Museum is located in the French Quarter and is housed in a small building where slaves were auctioned during the Civil War. The self-guided tour here will amaze you with a lot of audio and visual effects and exhibitions, and in the individual rooms you will find many objects from that time. Of particular interest is the dungeon where pirates and patriots were held, called Old Exchange & Provost Dungeon.

As it has become clear so far, Charleston houses a number of beautiful mansions and houses, bearing the ancient glow of the past. Two of the mansions on our list are maintained by the Historic Charleston Foundation. These are the neoclassical Nathaniel Russell House, built in 1808, and the Aiken-Rhett House, built in 1820 and still owned by the original family. The beautiful gardens of these two mansions will provide you with a pleasant walk, and the magnificent architecture and works of art on the premises will surely be remembered.

Cathedral of St. John the Baptist and Historic Churches

The Cathedral of St. John the Baptist was built after burning the old cathedral in 1861 on the same site. Today, the church is one of many remarkable ones in Charleston. If you are a fan of beautiful architecture and details, you will be amazed by the huge glass windows and wood carvings.

Some of the other more impressive churches here are the Circular Congregational Church built in Romanesque style, the French Huguenot Church, St. Michael’s Episcopal Church, which has become a national landmark and is impressive with its beautiful glass windows.

This mansion is a typical representative of the Gilded Age. Built in 1876, it features 30 rooms decorated by the New York-based Tiffany Company and rich in 19th-century artwork. Behind the mansion are the so-called English Gardens, and the ballroom reaches a ceiling height of 45 feet.

Tour Historic Homes at the Festival of Houses and Gardens

The annual festival is organized by the Historic Charleston Foundation at a time when all the trees and flowers are in bloom. Here you will be able to participate in tours and training to learn more about gardening and architecture. During the festival, you will be able to visit over 150 American homes opening their doors and gardens to enjoy the beautiful flora and architecture.

Charleston is a city with an incredibly rich history and preserved to this day historical, cultural and architectural heritage. Surely your vacation here will be very different, whether you prefer to visit one of the historical exhibitions, churches or flower gardens.

Things to do in Charleston when it rains

Best Attractions & Things to Do on Hilton Head Island, SC