Hollywood is the cradle of the American film and entertainment industry. Hardly any of us have not seen the famous sign that you will notice for miles at the foot of the Santa Monica Mountains. Here you can witness the shooting days in Universal Studios, meet many celebrities, take a walk on the famous Hollywood Boulevard or choose one of the beautiful natural places ideal for walking and relaxing. Here is a list of 20 of the places that are most preferred by tourists.

We start with the most recognizable view in Hollywood – the huge sign with the name of the place. The first sign here was placed in the 1920s to announce residential development here. It is not planned to be permanent, nor to become the landmark as it is today.

In 1978, the sign was rebuilt and slowly became a trademark of Hollywood. If the day is clear and sunny, the sign is noticeable from afar. However, hiking or horseback riding among Hollywood Hills and Griffith Park remains the best way to see it. 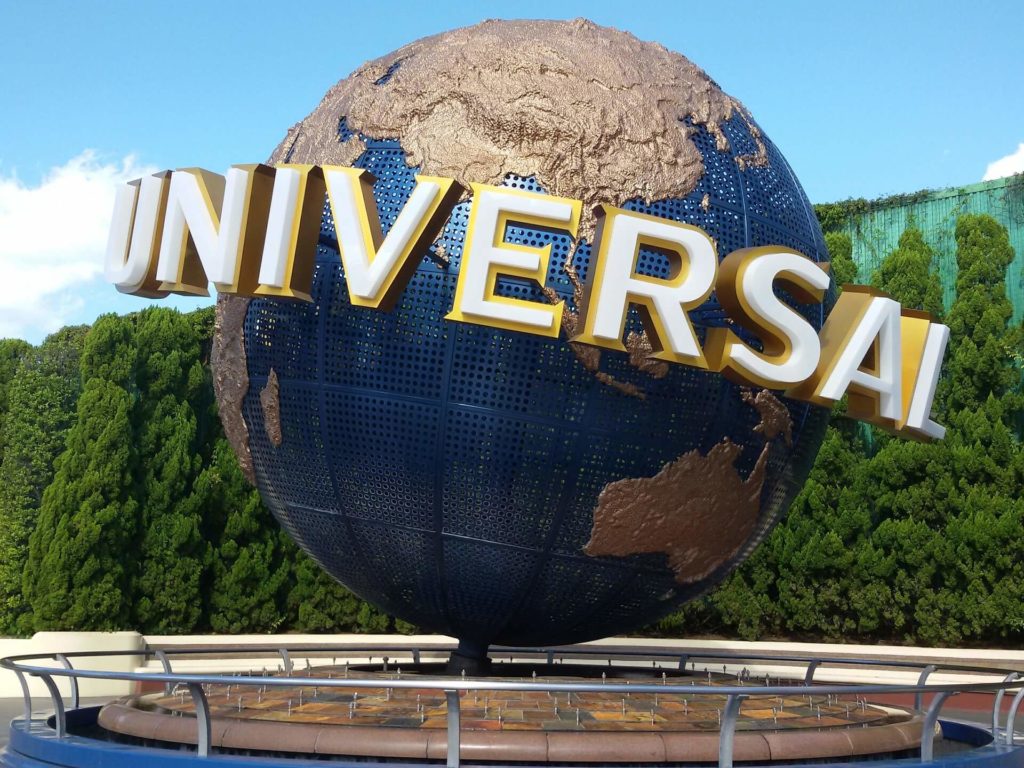 If you are on a family vacation Universal Studios is one of the best Hollywood attractions. If you are a fan of cinema, it will be twice as interesting. The tour allows you to see the backstage of famous movies and why not see live some of the biggest celebrities.

Universal City Walk will offer you many shops, cinemas, comedy clubs, and restaurants, and Wizarding World of Harry Potter is suitable for fans of the famous series. Here you will find Hogwarts, Diagon Alley, and Hogsmeade. 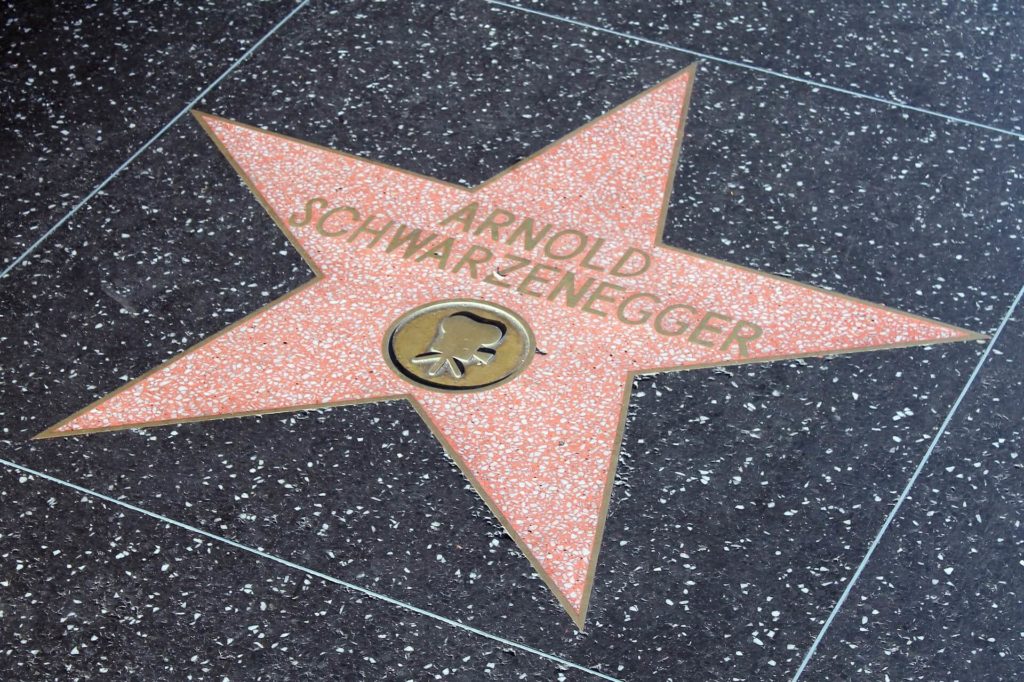 One of the most famous Hollywood attractions is located on Hollywood Boulevard and Vine Street. Bronze stars are placed on the sidewalk in honor of the biggest stars of the world of cinema and music – actors, producers, musicians, and others. Today there are over 2,500 stars and more are still being added. 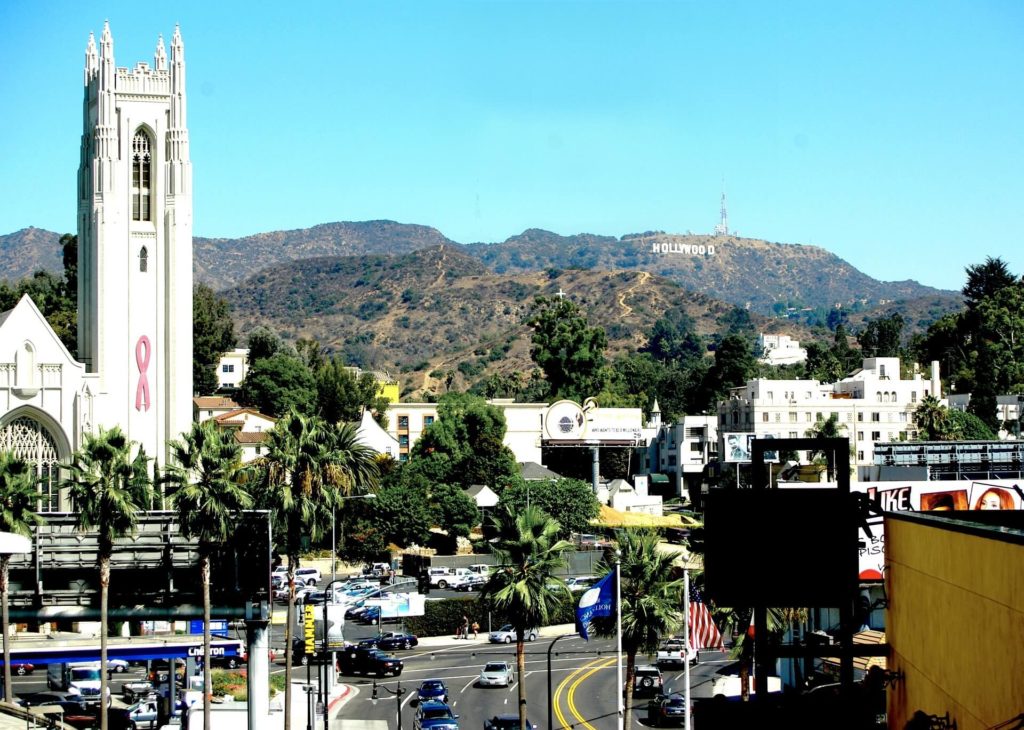 If you wonder what to do in Hollywood – go to Hollywood Boulevard.  The nightlife and entertainment here never stop and that is why it is often compared to New York’s Broadway.

On the famous boulevard, you will find many cinemas and extravagant theaters, including the non-traditional Chinese and Egyptian Theater. Of course, some of the most famous sights here are the Walk of Fame and the Kodak Theater.

At night the buildings are beautifully colored and the view is definitely worth it. There are also some of the most popular restaurants in the area. If you want to get more information about each landmark, choose a guided tour – day or night.

Nature and animal lovers will be impressed by this landmark. Several tens of thousands of years ago, craters holes here from a substance similar to natural asphalt.

When the animals fell here, they remained trapped, and the substance managed to preserve their remains, which turned into fossils. Today they are one of the favorite things to do in Hollywood.

The entire Hancock Park, where The La Brea Tar Pits are located, is dedicated to prehistoric fossils, some over 50,000 years old. The George C. Page Museum, which is also located in the park, was established to create interest in fossils and how they are stored. 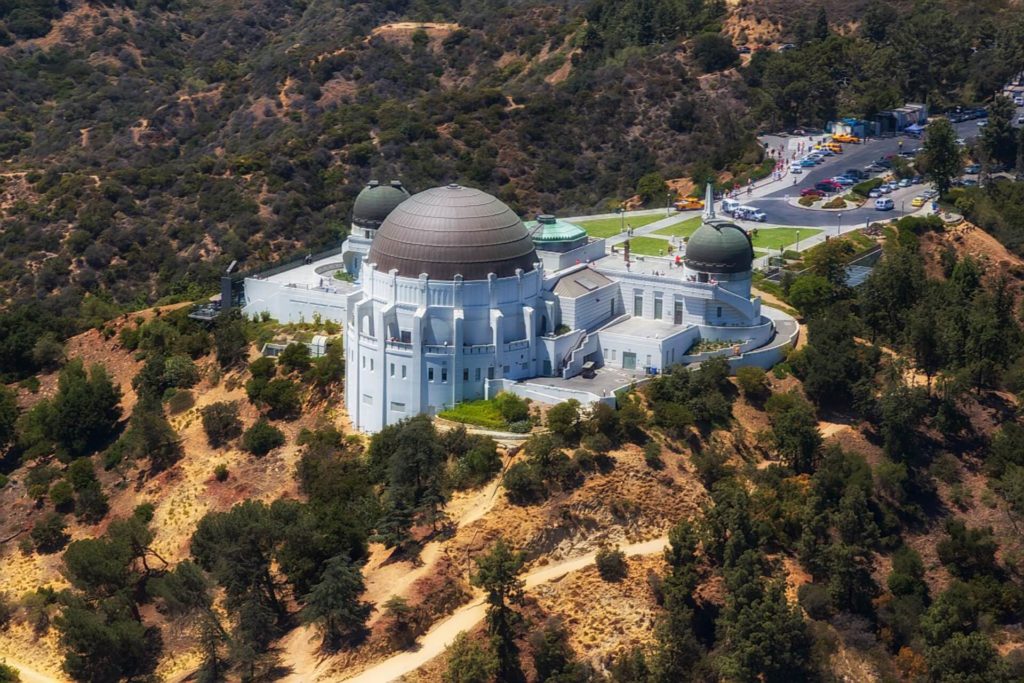 Griffith Park and its observatory are located on a hill with incredible sky views. The observatory is rich in telescopes and planetariums, and the pearl in the crown is the historic 12-inch Zeiss telescope.

However, whether you use the larger or smaller telescopes, the view of the sky is particularly favorable due to the location of the observatory, which is far from city lights and air.

Training sessions, presentations, and exhibitions are held in the planetarium. In front of the planetarium is built a huge model of the solar system, which in itself is a spectacular attraction. 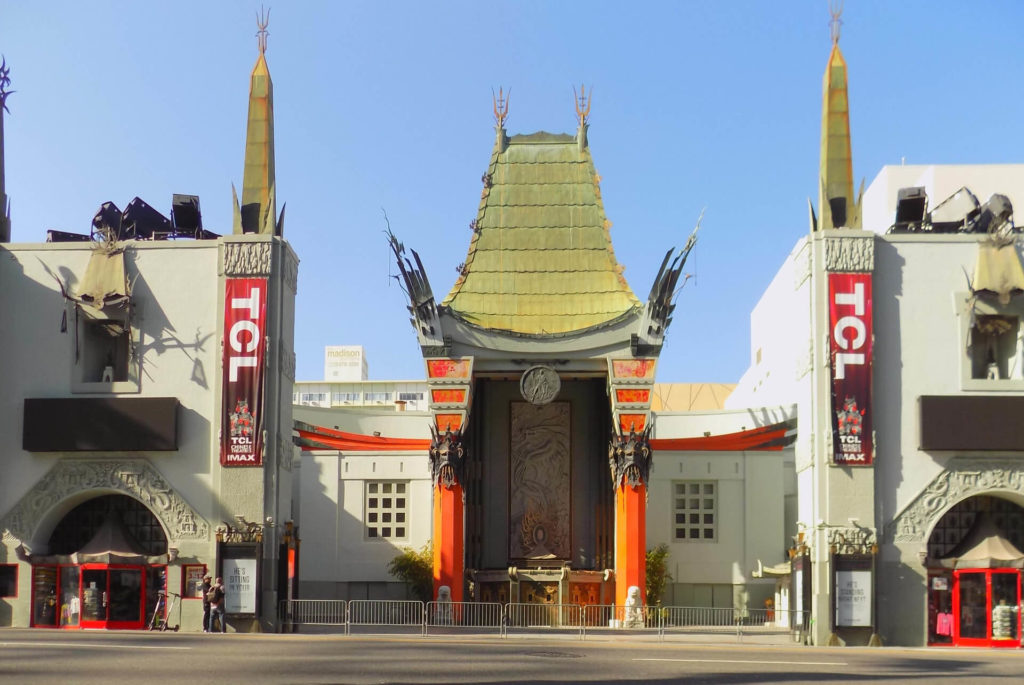 TCL Chinese Theater, or Grauman’s Chinese Theater, was built in 1927 and over the years has served to host many important events, including the Academy Awards and the premiere of Star Wars.

Many stars have left their footprints and handprints to make the Theater have an amazing collection today. 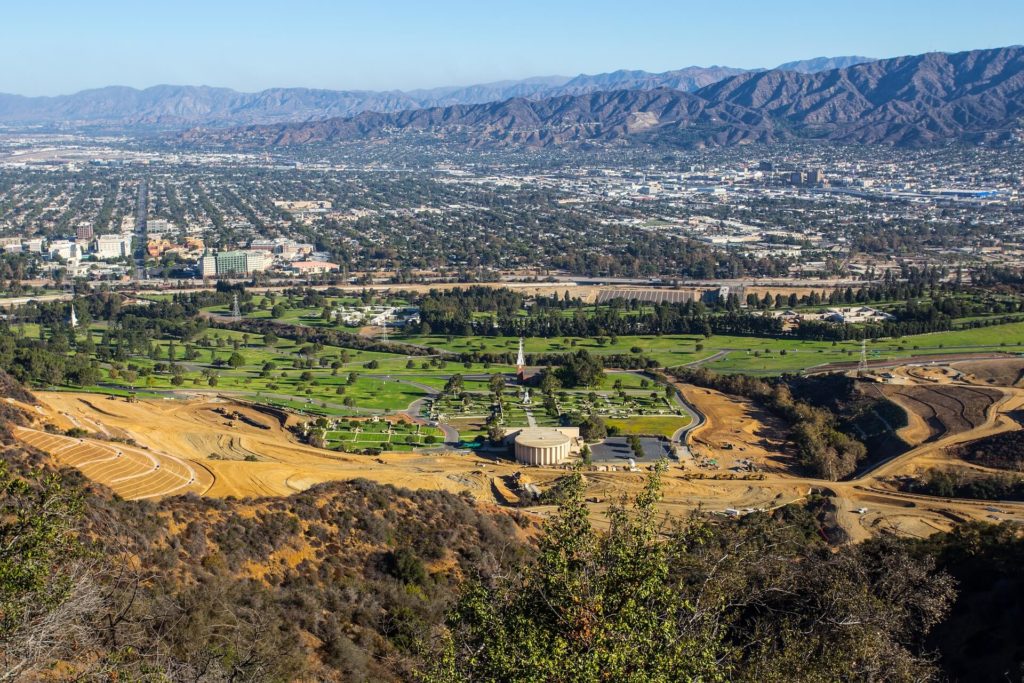 Griffith Park is located on an area of 4,200 acres and is best known for its proximity to the Hollywood sign, the Observatory, and the many activities to have fun here. It is the largest park in L.A. is home to L.A. Zoo, where you can see giraffes, koalas, and lemurs, the Merry-go-Round attraction, as well as the opportunity to ride ponies.

If you still don‘t know what to do in Hollywood- a train tour will take you to the villages of the first settlers and the Steamers Railroad Museum. Nature lovers and long walks enthusiasts will enjoy long hiking routes. You will reach the Fern Dell Botanical Garden, Bronson Caves famous from the Batman movie, Greek Theater.

Catch a Show at the Hollywood Bowl

The natural amphitheater where the Hollywood Bowl takes place is more than 100 years old and has hosted a number of world-class shows. It was built in the 1920s and has 20,000 seats and another 10,000 standing.

Names like Ella Fitzgerald, Danny Elfman, Stevie Wonder, and the Beatles took part here. If you want to learn more about the musical history of the Bowl, visit the Hollywood Bowl Museum.

The Sunset Strip is part of Sunset Boulevard, which houses many shops and restaurants. At night, glowing billboards create a colorful picture of excitement and merriment.

In the past, this street was one of the most famous in the area and although it has lost some of its former splendor, it remains among the top destinations in Hollywood.

A walk on the Sunset Strip gives you a real chance to meet some of the biggest celebrities in Hollywood.

The house is one of the great achievements of architect Frank Lloyd Wright and is located on Olive Hill as part of a larger complex. Built in 1921, Hollyhock House is the center of the Barnsdall Art Complex. You can choose a guided tour or do it yourself.

Hike with Celebs in Runyon Canyon 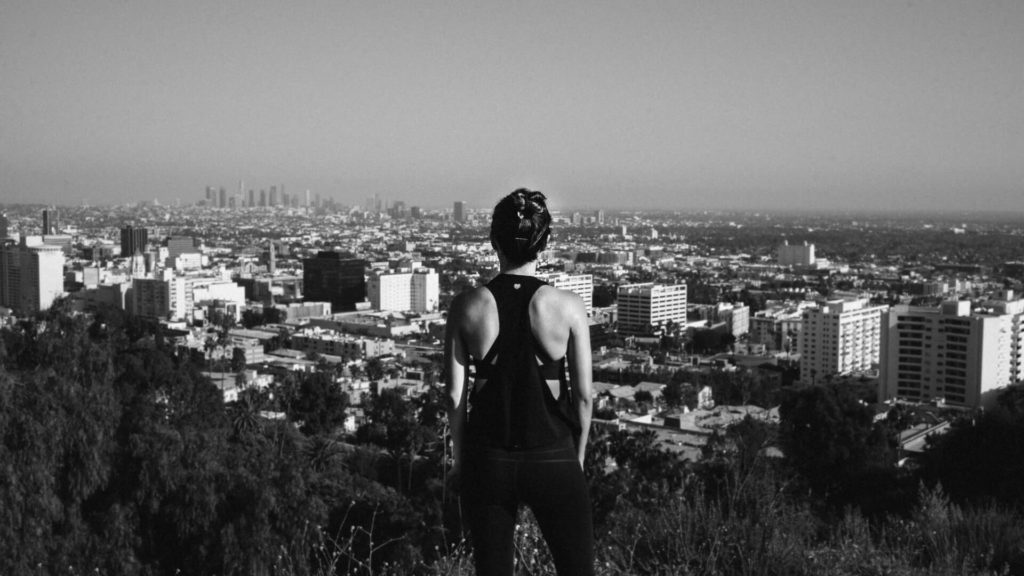 The road that passes through Runyon Canyon Park is known among lovers of the transition and among those who want to meet the stars in their daily lives. Runyon Canyon Road is among the easiest routes, and the Star Trail is for bigger enthusiasts. The highest point of the canyon is Indian Rock. 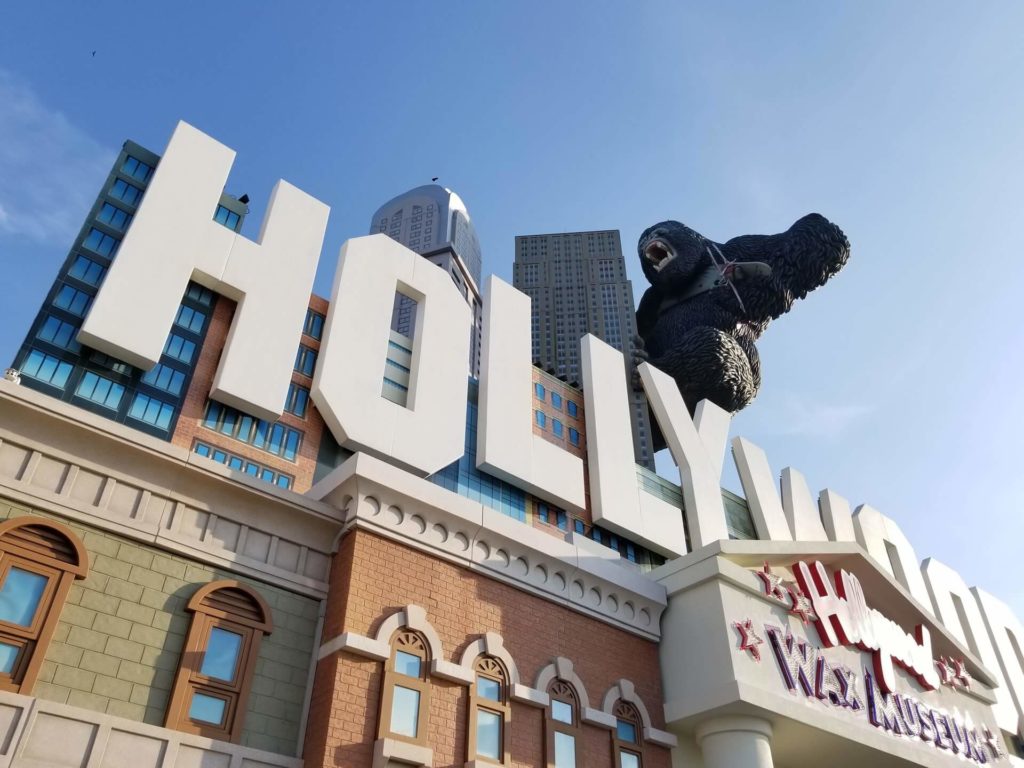 Nearby are the Guinness Book of World Records Museum and Ripley’s Believe-it-or-Not where you will find strange exhibits such as a portrait of Michael Jackson made entirely of pastries.

Catch a Flick at the Dolby Theater

The Dolby Theater has more than once hosted major events such as the Academy Awards and a host of musical and theatrical performances, including Broadway performances.

Located in Hollywood & Highland, it features striking architecture. You will be lucky if you manage to join one of the performances here, but even if you fail the tour of the building will still be impressive.

Photos in the Museum of Illusions are absolutely allowed to preserve your amazing memories. This is an ideal Hollywood attraction if you are traveling with your children. The most impressive is the 3D exhibition, which can put you in the center of the African Safari, on the Red Carpet, or in another exciting place.

Giant House is another interesting place where you will find giant models of the weeds we use every day. Especially fun will be a visit to The Upside-Down House where everything is upside down. The newest area is called Smash It and really represents exactly what you imagine – museum guests can crush various objects in a safe environment.

The Hollywood Museum is housed in the legendary building, owned by Max Factors Studios in the past, and features exhibitions showcasing the development of the film industry. Particular attention is paid to the Golden Age in the art of filmmaking.

Fans of classic cinema will enjoy the original preserved dressing rooms and halls, costumes, photos. A special hall is set aside for all the scary sets of Hollywood cinema – for example, the cell of Hannibal Lecter.

The multi-story Capitol Records Building was built in 1956. Its incredible architecture will probably not be understood by the younger generation, but in the past, it was designed to look like a stack of vinyl records sitting on a turntable. Home of the eponymous recording studio, the building is a must-stop for all lovers of good music. Names like Frank Sinatra and Beach Boys were written here.

Hollywood Roosevelt Hotel is located on Hollywood Boulevard and offers an endless array of entertainment for its visitors – bowling alleys, first-class restaurants, a grill bar, a library-themed cocktail bar. In the past, Marilyn Monroe herself has spent 2 weeks here.

The hotel is furnished in the style of the ’50s and today, in addition to its functional purpose, has become one of the most iconic buildings in Hollywood.

The Japanese House offers a reading room, an event hall, and several galleries dedicated to Japanese art. The attraction is located in the Hollywood & Highland complex, and a visit to Oak will quickly take you to a different world.

If you love riding and nature, the ranch is the right place for you. Next to the famous Hollywood sign in Griffith Park, you can choose a one-hour basic ride or opt for a more extended package including meals. During your walk in front of you will be a beautiful city view.

Over the years, Hollywood has accumulated a rich film, music, and cultural history. Today, excursions here are a favorite not only for fans of the film industry but also for people who want to have fun in the city lights. There are many places suitable for a family vacation, as well as luxury resorts or more secluded romantic corners.

14 Places with Snow Near Los Angeles