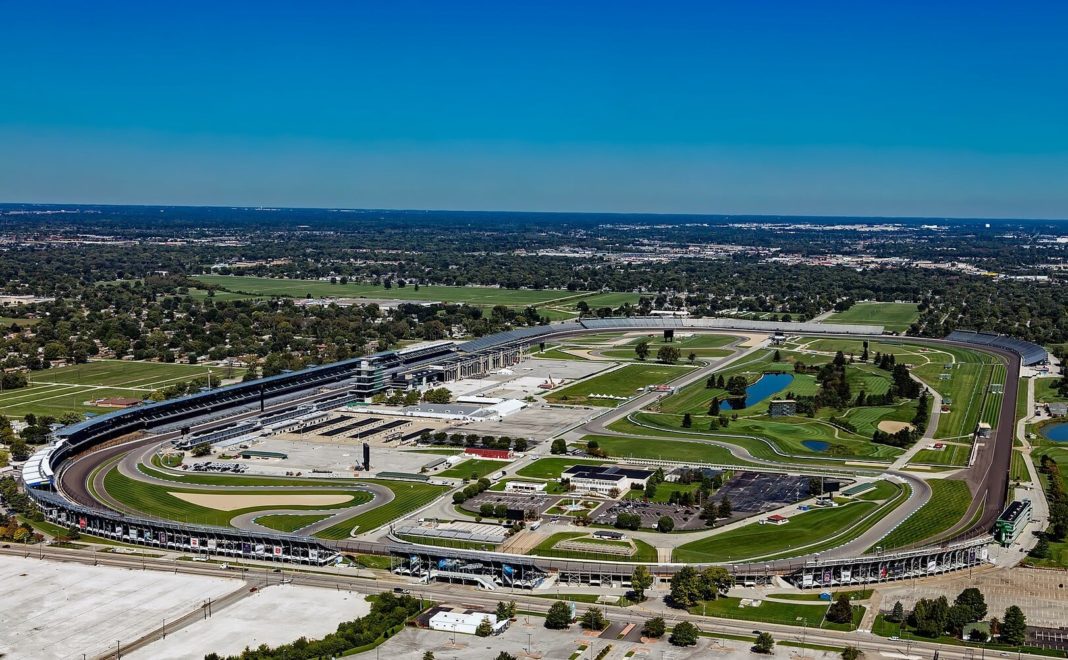 Indiana is the name of a state in the United States that clearly states who owns these lands before they were conquered by whites. Explore the sights of Indianapolis, the capital of Indiana, located southeast of Lake Michigan on the White River. The location is not accidental – in 1820 it was chosen to be right in Indiana’s center. In the city of Indianapolis, you will find so many things to do and tourist attractions, and at any time of the day. But the most famous thing in this capital remains the “Indianapolis 500” – the annual car race held on the Sunday before Memorial Day on the Indianapolis Freeway. If you are a fan of motorsports, this is for you. And so that you do not wander in your choice, we offer you a selection of the 12 best places to visit and tourist attractions in Indianapolis: 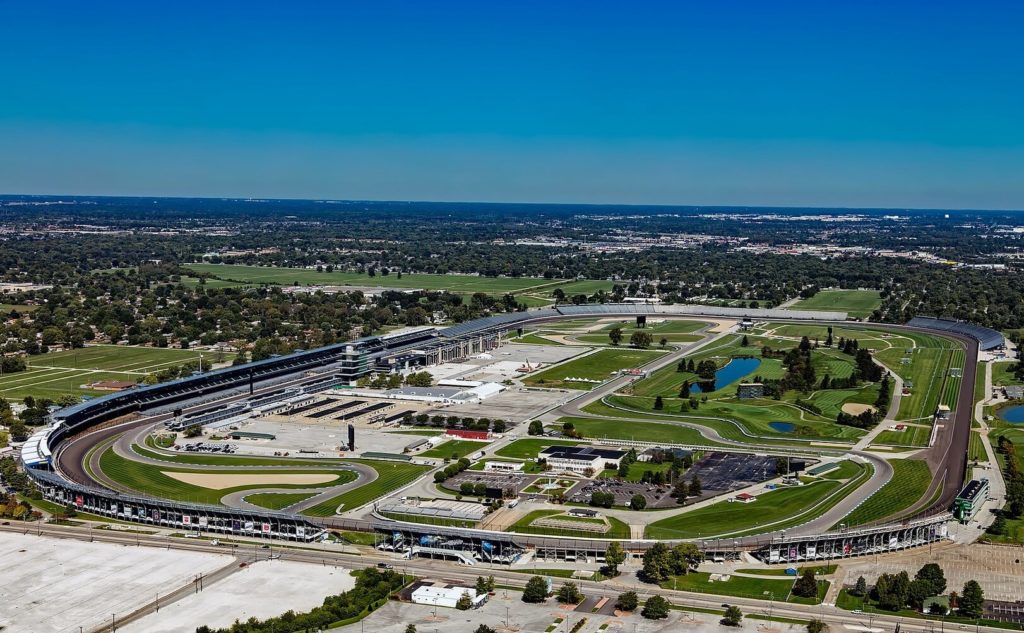 We start with one of the most famous Indianapolis attractions – the car race “Indianapolis 500”, which has become legendary. It takes place on the Indianapolis Motor Speedway on a 2.5-mile oval track. It was originally designed as a car test track, but due to the fact that the first race in 1911 was so successful that it became a regular terrain for car racing. Over time, the track has been renovated and updated to meet the needs of the ages, requiring ever higher speeds and more accommodation for spectators.

Is Indianapolis Motor Speedway bigger than Daytona?
No

2. Walk along or Paddle down the Central Canal 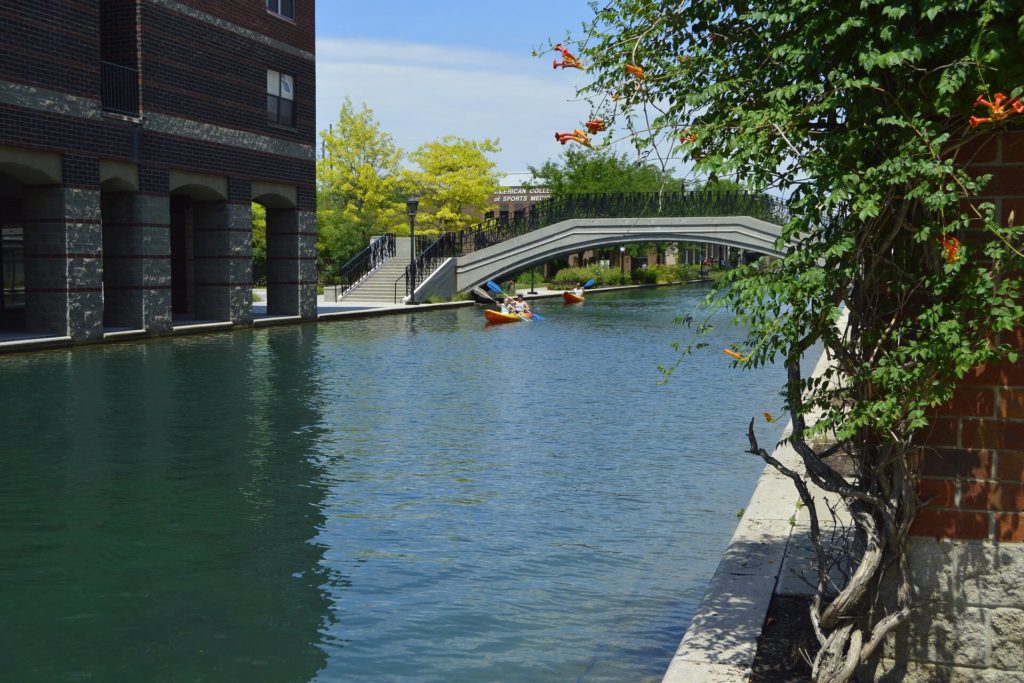 Romantic place with water and land! The central canal was built in the early 19th century to facilitate imports and exports from the city. Passing through the White River State Park, it is no longer just an industrial waterway, but a completely modernized canal with boats and kayaks so that visitors can enjoy views of the city center. Along the water, there is a footpath – the so-called Canal Walk, known to both tourists and locals, as it leads to most shops, restaurants, and major attractions of Indianapolis. 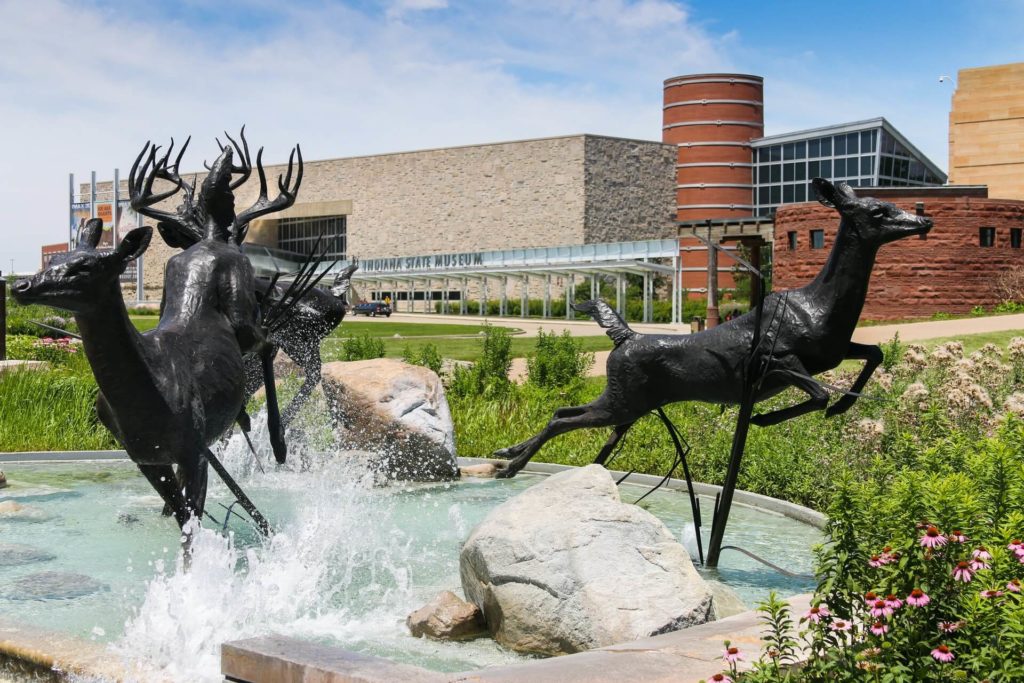 An exciting touch on Native American culture and Western art! The Eiteljorg Museum is located at the entrance to White River State Park and presents a valuable collection collected by a local businessman. In addition, there is a rich collection of works by the Taoist Society of Artists and Indian Arts and Crafts of North America. Here you can see exhibits of paintings and sculptures in the west from the early 19th century to the present day, as well as works by landscape painters Albert Bierstadt and Thomas Moran. And not only that – the collection includes paintings and sculptures by the great Western artists Charles M. Russell and Frederick C. Remington.

How long does it take to go through the Eiteljorg museum?
2 hours

Among the things to do in Indianapolis, this is a wonderful experience! Percussion instruments are part of the musical culture of the Indians. But this is only a small part of everything gathered in Rhythm! Percussion Museum at the Discovery Center. Here is presented every aspect of percussion, the physics of sound waves, its historical and cultural role in the development of music over the centuries. In addition to all this, this amazing museum hosts training programs and concerts. There is also a collection of artifacts from around the world, so you can see percussion instruments from other parts of the planet, more interesting than each other. In one part of the museum, there is “Groove Space” – a place where you can personally play as many instruments as you want, experience interactive moments, and experiment with sound.

Near Fairbanks Park is the Indianapolis Museum of Art, in the heart of the vast Newfields Park. This is the paradise of art lovers! In addition to works by names such as Rembrandt, Cézanne, and Picasso, you will also find the Krannert Pavilion, full of Asian and American art dating back to pre-Columbian times. There is also the Hulman Pavilion, which houses paintings from the Baroque period to Neo-Impressionism. The surprises do not stop – on the territory of the museum is the Lilly House, a famous mansion from 1913, where you will see authentic furniture and decorative art from that time. The spacious park and museum include gardens for walks, in which the abundance of flora is enchanting: the Official Garden, the Ravine Garden, the Rain Garden are just some of the beauty of the flowers collected there.

We continue with the main museums in Indianapolis! The Indiana State Museum is a giant building with a variety of exhibits and experiences that show elements of the state’s natural and cultural history. The museum is located in White River State Park, right in the city center. From the first floor, you will be enchanted: here the focus is on the natural history of Indiana, geology, and long-extinct natives; you can go through an “ice” tunnel, where you will feel what it is like to be inside a glacier and see an ancient mastodon. Go to the second floor of the museum, where you will find a rich exhibition about the cultural past of the region, life, and traditions of the local population. You’ll also crave exhibits of recent history, such as Civil War artifacts. These things are not the end of everything, because the museum has a practical laboratory for a naturalist, a stage for regular puppet shows, and other surprises.

How much does it cost to get into the Indiana State Museum?
Between $9 and $14

How long does it take to get through the Indiana State Museum?
From 2 to 3 hours.

How does it feel to be in the largest children’s museum in the world! For both young and old, this is a real, emotional life event. The huge museum is suitable for whole families, full of innovative and interactive exhibits that will enchant you to the maximum. The topics are diverse: science, technology, transport, culture, and archeology. Interactive experiences include pop culture, science, toys, and space travel. And we come to the biggest attractions in the Indianapolis Children’s Museum – the dinosaurs, including the brontosaurus, which is trying to peek outside on the top floor. The Dinosphere exhibition is a visual presentation of the world in which dinosaurs lived. Here you can experience the sights and sounds of 65 million years ago, touch a real bone of Tyrannosaurus Rex, and see up close the recently discovered in honor of Harry Potter alma mater Dracorex Hogwartsia.

How long does it take to visit the Indianapolis Children’s Museum?
It could be anywhere from three to five hours, depending on the ages of the children. Take note that the children will not be prepared to leave that easy :).

What ages are best for Indianapolis children’s museum?
From 7 to 35 🙂

Considered the most important landmark of Indianapolis, the memorial to the soldier and sailor has completed in 1902 after five years of construction. The Limestone Monument, commemorating the lives lost in the Civil War, is also the starting point for the Mausoleum and the Memorial Hall, and a little further south is the large Circle Center Mall. This impressive memorial consists of several sculptures in honor of leaders of the past, the Colonel Eli Lily Civil War Museum, and an observation deck. The Indiana World War II Memorial is another important landmark. It is a huge square monument that reminds of the madness of the war and honors those killed in it. And the other element in the composition is the temple on the 3rd floor, symbolizing peace and unity, which is why, not coincidentally, it was built with building materials from around the world. Here you can see a museum dedicated to the soldiers of Indiana, which exhibits and artifacts such as weapons, military uniforms, helicopter AH-1 Cobra Attack.

One of the best things to do in Indianapolis is to give your eyes beautiful views and walks away from the crazy rhythm of the city. You can do this in White River State Park, where you will feel like in a different place: Canal Walk, green areas, great tourist attractions, zoo, baseball park, NCA Champions Hall, Eiteljorg Museum, Indiana State Museum, Imax Theater, medal at the Congress of Honor Memorial.

The Indianapolis Zoo is situated in White River State Park along the picturesque riverbanks, and it encompasses a total area of 67 acres, including three acres of outdoor gardens in addition to its indoor and outdoor exhibits of animals. The zoo is open all year long, with hours that change according to the seasons, and visitors can see more than 1,200 animals representing approximately 230 species in addition to 47,000 plant specimens.

How much are zoo tickets?
The cost of admission to the Indianapolis Zoo varies daily. The price of adult tickets, which range from $15.75 to $25.75, is reduced for seniors. Children under the age of two are admitted free, but child tickets range from $11.75 to $21.75 for adults.

Does the Indianapolis Zoo allow food?
The Indianapolis Zoo does not allow coolers, but reusable containers for drinks and small snacks are allowed. As the warmer months approach, there are water refilling stations all over the park to help visitors stay hydrated. 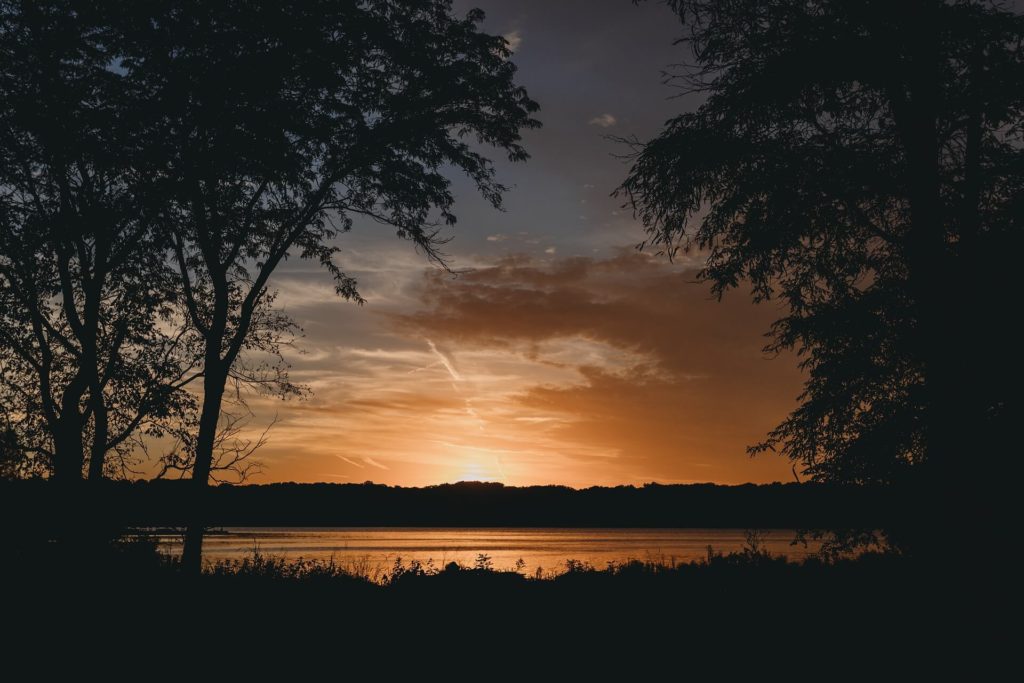 Among the Indianapolis tourist attractions are the Eagle Creek Park and Nature Reserve. It is one of the largest municipal parks in the United States and covers an area of ​​5,300 acres. There are facilities, leisure facilities for both land and water, a small beach where you can rent boats in the marina, and for those interested in the summer, there are even sailing lessons. You have the opportunity to enjoy pleasant concerts, which are regularly held here. This reserve is one of the people’s favorite places for fishing. There is also entertainment for children who can play on the playground, and for all ages – beach volleyball, adventure course with ziplines, golf course.

The house of the 23rd President of the United States Benjamin Harrison is interesting to see, with its original Victorian furniture. The style is Italian, with sixteen rooms and was built in 1874-1875. In addition to examining the personal belongings of the President, here you can learn many things about the personality of Harrison, who had a lot of skills and knowledge and was a lawyer. and as a military leader, contributing to foreign affairs and the expansion of the United States Navy. The house museum also hosts several special events throughout the year, including the celebration of President’s Day.

Your trip to Indianapolis will captivate you with all of the above as the best to visit and things to do in this remarkable city. At least you will be proud of yourself for having touched the history, nature, artifacts, art, and culture from the time of the pre-Columbian Indians to the present day.