Life Is For Travel
Home United States Kentucky 12 Things to Do in Louisville, KY 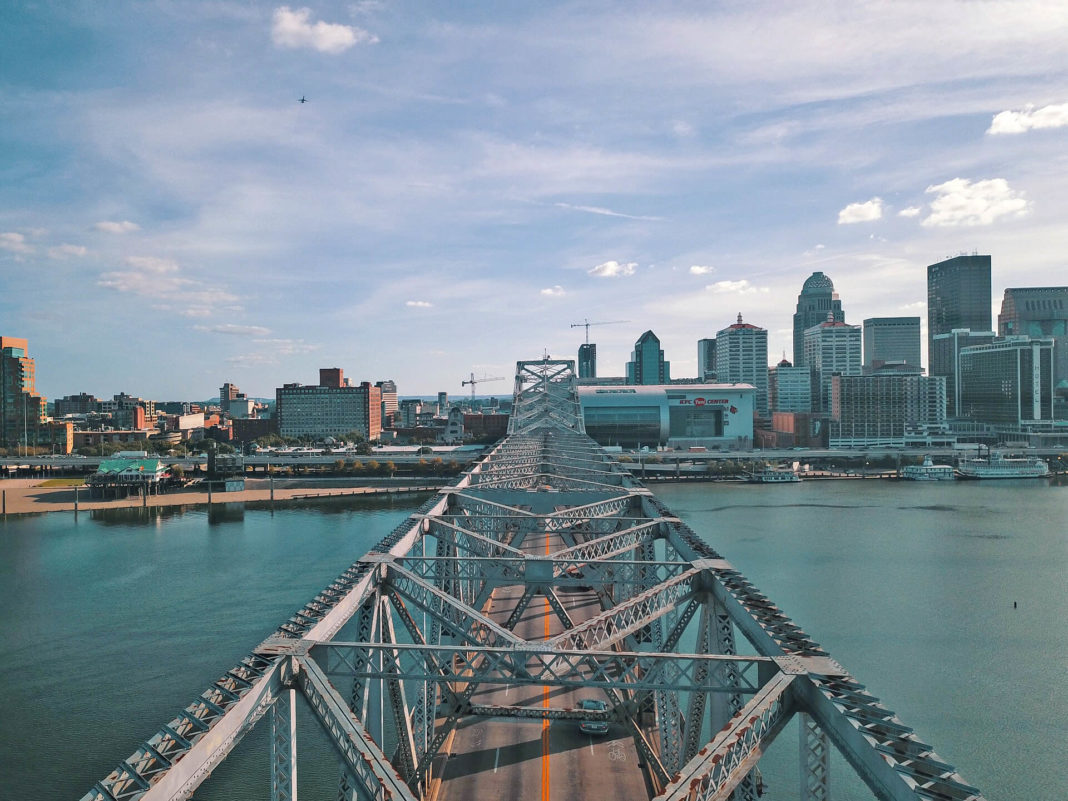 Louisville, Kentucky’s largest city, is located on the Ohio River near the state’s southern border with Indiana. It is a historic city that is well-known throughout the world for the annual Kentucky Derby horse race. Each spring, thousands of people descend on Churchill Downs in exuberant hats and fancy dress to watch world-class racehorses compete in their respective divisions. In spite of the fact that you are not the betting type, visiting Louisville is still an enjoyable experience, even for those on a budget. In addition to taking a stroll past Victorian mansions and learning about the production of Bourbon, visiting a Catholic basilica, and crossing the illuminated Big Four Bridge, there are numerous other free activities to enjoy. In addition, because your attractions were completely free, you will have money left over for dining out after you have finished.


On the first Saturday in May every year since 1875, the legendary Churchill Downs racetrack has played host to the Kentucky Derby. One of the world’s most prestigious and lucrative horse races is held here each year. Attracting a large crowd of more than 150,000 people is an essential part of the event.

Everyone is encouraged to dress up for the occasion, including wearing flamboyant hats, at the event, which is known as a fashion showcase. Derby Day parties are held throughout Louisville and the surrounding state for those who are unable to attend on race day.

A trip to the Louisville Zoo is a must if you want to have a memorable time with your family. You can expect to see a wide variety of animals, as well as new exhibits like Penguin Cove when you visit this popular attraction. In addition to the animals, you’ll have access to the zoo’s plant life, which is great for those who are interested in gardening. This is a great location for families because it’s suitable for both children and adults.

How long does it take to go through Louisville Zoo?
2 hours

How long does it take to go through the Frazier Museum?
Between 1 and 2 hours

Who is the Frazier Museum named after?
Its named after the local philanthropist Owsley Brown Frazier

The Louisville Slugger Museum is located on the grounds of the company’s manufacturing plant and corporate headquarters. Against the wall of the building is a 120-foot-long, exact-scale replica of Babe Ruth’s 34-inch Louisville Slugger baseball bat.

The guided tour is highly recommended; it begins with a movie and then proceeds to the factory floor. At the conclusion of your tour, you will receive a miniature bat as a memento.

In addition, the facility contains special memorabilia and exhibits such as an engraved Signature Wall and historic bats such as Hank Aaron’s 700th Home Run Bat. Batting cages, photo ops, and special seasonal events round out the list of things to do.

How much does it cost to get into Louisville Slugger Museum?
Between $7 and $15

The Kentucky Derby Museum, located on the grounds of Churchill Downs, provides historical context and perspective on the sport of horse racing and its most famous race. The museum’s two floors of exhibits feature racing memorabilia, interactive displays, and fine art. The inspirational 18-minute film The Greatest Race, shown in high definition on a 360-degree projection screen, is one of the highlights of a visit.

Additionally, there are trophies, photographs, riding silks, and commemorative Derby glasses on display. Along with museum admission, visitors can participate in a 30-minute guided tour of the racetrack facility. Additional fees apply for more extensive private tours of Churchill Downs that take you behind the scenes and into areas not normally accessible to the public.

The Mega Cavern offers visitors the opportunity to embark on a vast underground adventure in which they can learn about the history, geology, mining, and construction technology of Louisville and its surrounding areas. It also boasts the world’s only underground zip line course, which is located beneath the city.

The vast man-made cavern, which was once a limestone mine that was discovered in the 1930s, is one of 17 miles of corridors that run beneath the city and offers a variety of exciting educational and fun-filled adventures for visitors of all ages.

Embark on a MegaZip Tour and zip line into parts of the cavern that have never been seen before; explore the cave on a MegaQuest tour that includes challenging roped walkways; or board the MegaTram for a Jeep-drawn ride through the vast halls and caves. All tours are led by professionally trained tour guides and are suitable for people of all ages.

The Speed Art Museum, which is located near the University of Louisville Belknap Campus and is the state’s oldest and largest museum of art, was founded in 1898 and is the state’s largest museum of art. The museum houses a large collection of ancient, modern, and classical art, with the majority of the collection being devoted to western art, which is the museum’s primary focus. Recent renovations have more than doubled the museum’s floor space and enabled the addition of a theater, café, shop, and pavilion to the grounds of the museum. Rembrandt and Monet paintings are among the highlights of the museum’s collection.

Thomas Edison House is a modest shotgun duplex built around 1850. Edison arrived in Louisville at the age of 19 after receiving a job offer from Western Union; rather than remaining in the city, he intended to travel to Brazil. Edison returned to Louisville and rented the property that is now his museum after his plan fell through. Edison stayed in Louisville for only a year, however, because he spilled sulphuric acid on his boss’ desk in 1867 and was promptly fired the next day.

Conrad-Caldwell House Museum, a.k.a. “Conrad’s Castle,” makes for an excellent stop for anyone with an interest in local history. This is a stunning building with an equally impressive interior. You can take a tour of the building to see its beautiful archways, gargoyles, and woodwork. Night tours are also available. In addition to learning about the era and region, visitors can enjoy the displays of period artifacts.

The Louisville Palace, which is located on South Fourth Street in the heart of downtown Louisville’s theater district, is a historic theater that first opened its doors in 1928. Featuring a seating capacity of 2,700, the theater is a versatile venue that hosts a variety of events such as concerts, film screenings, performances by the Louisville Orchestra, and children’s theater.

The exterior of the building, which was constructed in the Spanish Baroque style, is ornate and features numerous turrets. A National Register of Historic Places listing, the palace’s interior is equally ornate; the curved vaulted ceiling in the lobby, for example, is decorated with 139 sculptures of the faces of historical figures. The theater is divided into two levels: the main floor and a balcony.

North of the University of Louisville is the Old Louisville Historic District, which lies south of Broadway, the city’s financial district, and downtown. It is the third-largest historic district in the United States, with 48 city blocks. Stained-glass windows are found in the highest concentration in the nation’s largest district of Victorian architecture.

All but a few of the buildings are made of brick, and they were constructed in a variety of Victorian-era architectural styles. Despite its name, Old Louisville was established as a suburb of Louisville in the 1870s, more than a century after the city was founded. 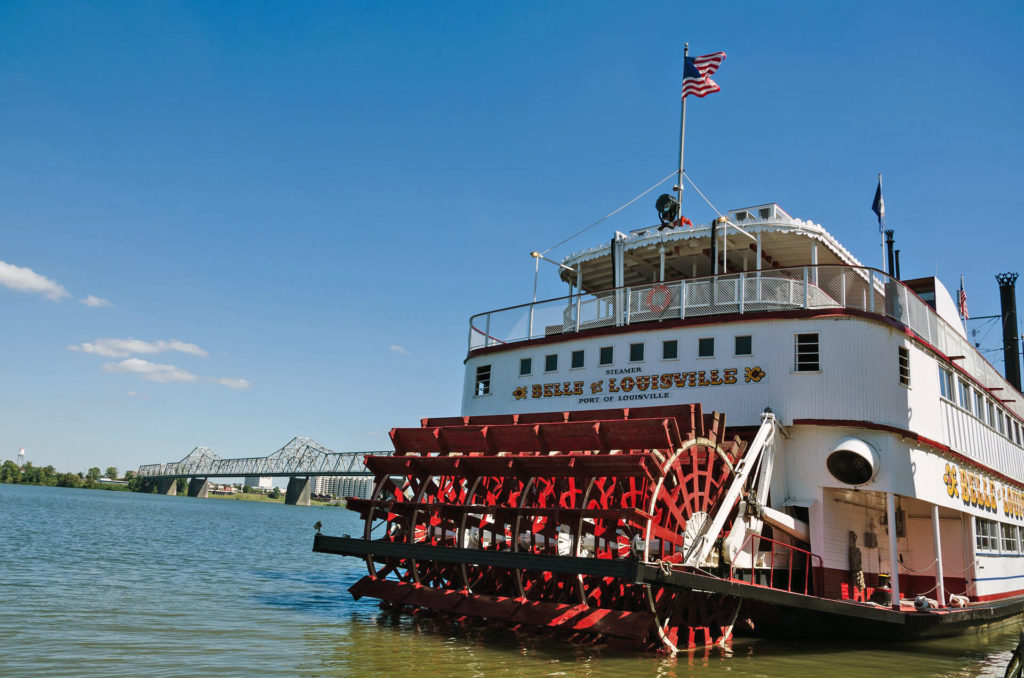 The Belle of Louisville is the world’s oldest operating steamboat on the Mississippi River, and it is a National Historic Landmark of the United States. The steamboat was built in Pittsburgh, Pennsylvania, and operated as a ferry between Memphis, Tennessee, and West Memphis, Arkansas, until it was decommissioned in 1989.

Later, it was used to transport people between Louisville and the amusement parks at Rose Island and Fontaine Ferry, respectively. The steamboat underwent extensive repairs and rebuilding in the year 1963. The Belle of Louisville now offers a variety of cruises on the Ohio River, including a catamaran cruise.

24 Places To Visit & Things To Do in Kentucky

15 Best Things to Do in Lexington Kentucky