In this article, we will introduce you to some of the largest aquariums in the world. Thousands of gallons of water and huge maintenance are used to create the necessary comfort for the enormous sea creatures such as whale sharks and manta rays. 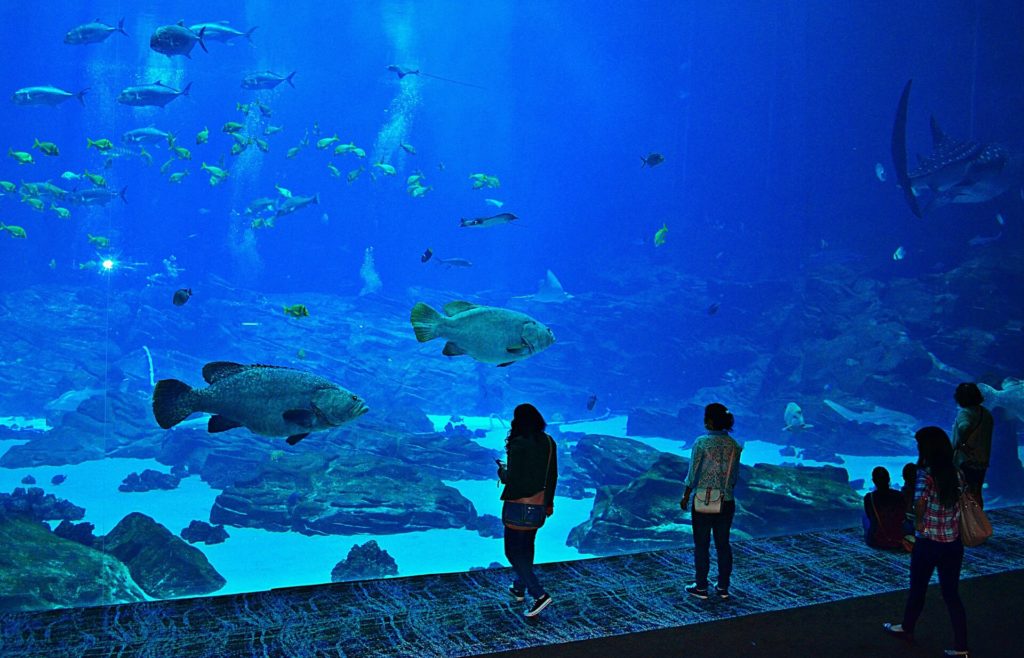 Here is the first place in this rank list. The world`s biggest aquarium is the Georgia Aquarium in Atlanta, which is home to over 100,000 marine representatives. It is the only aquarium where you can see whale sharks outside of Asia. These are located in the Voyager exhibit amid 24 million liters of seawater.

The Georgia Aquarium opened its doors in 2005 and is mainly sought after by donations from Bernie Marcus – the Home Depot co-founder. 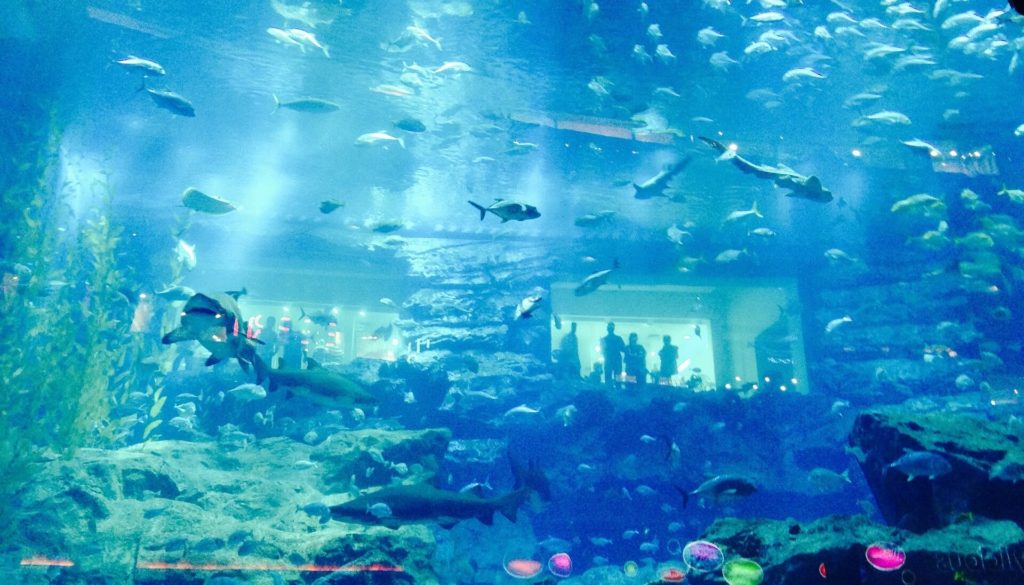 This is one of the largest aquariums in the world built in a shopping mall – namely one of the biggest shopping centers in the world The Dubai Mall (part of Burj Dubai Complex). The huge variety of marine animals is the apotheosis of this attraction with over 33,000 animals, of which 400 are sharks and rays.

The aquarium is also the winner of the Guinness Book of Records for “Largest Acrylic Panel” with a width of over 32 meters and a height of 8.3 meters. In 2010, there was a leak of the shark pool, which caused the evacuation of the entire shopping mall. 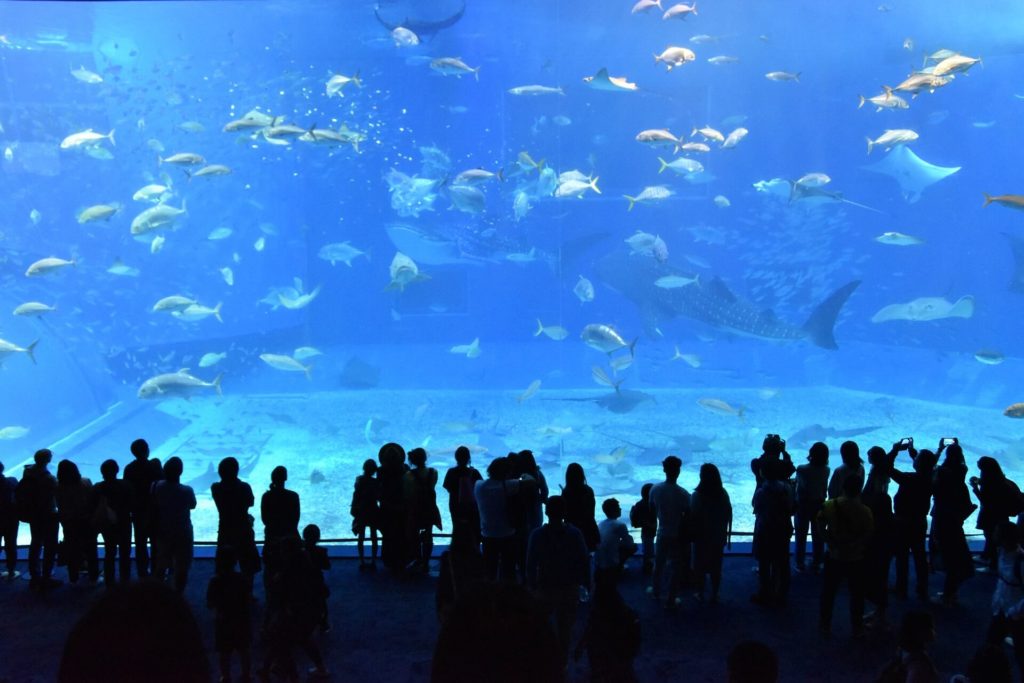 This place is another one of the most beloved tourist attractions in Japan, located in the Ocean Expo Park. The main tank is called Kuroshio Sea and is built of a glass panel with a length of 22.5 meters and a height of 8.2 meters and a thickness of 60 centimeters.

At the time of the Aquarium’s opening in 2002, it was the only similar panel in the world. Here you will discover exotic whale sharks and manta rays, which have multiplied over the years and today represent one of the richest diversities on Earth. 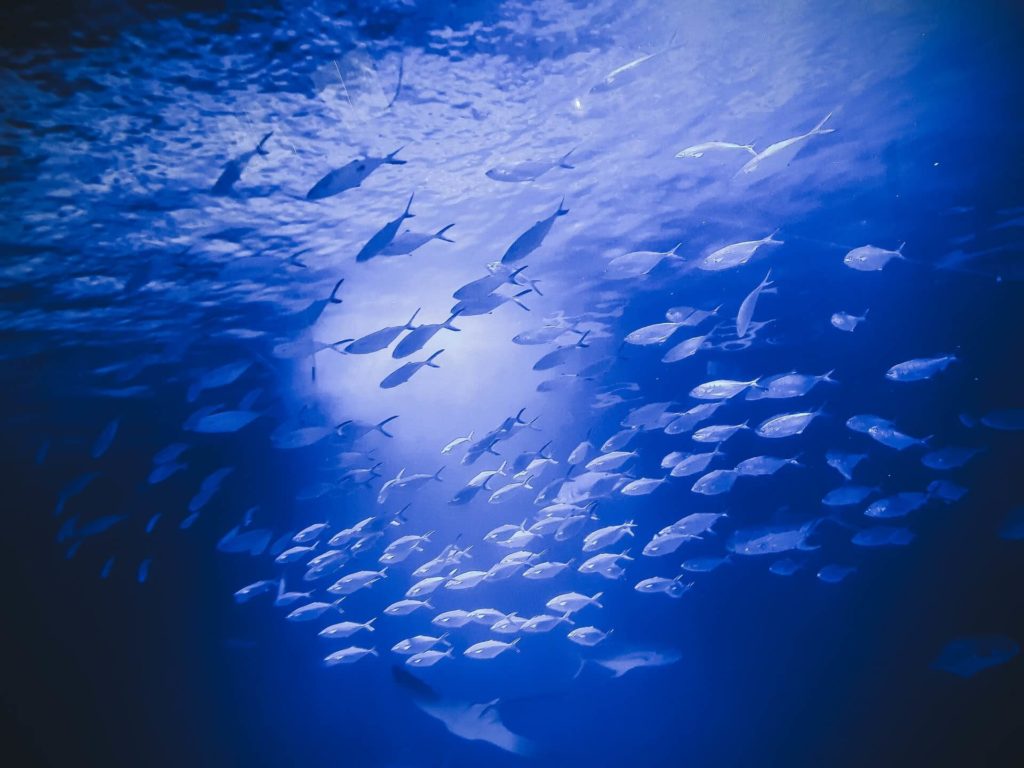 This huge aquarium is located in Valencia, Spain in the City of Arts and Sciences Complex. This is the biggest aquarium in Europe with more than 45 000 sea animals in it, living in 9 towers.

The aquarium represents various ecosystems and creatures from all over the world. The exhibitions themselves are divided into two levels as two of the towers are connected by a submarine tunnel. The tour here is definitely a long one, but you will not be disappointed.

Turkoazoo is the largest aquarium in Turkey and is relatively new (opened in 2009). It is located in the Forum Istanbul Shopping Mall, so you can also combine this attraction with a shopping tour and lunch at a nice restaurant.

The submarine tunnel is 80 meters long, passing through 29 different exhibits. Part of the representatives of the marine world that you will see are tiger sharks, giant stingrays, and piranhas.

The largest Aquarium in California is located on Cannery Row, Monterey. The peak of the two huge tanks is the Ocean Edge Wing with its 10-meters height tank. It represents the underwater world in California. The other wing is the so-called Outer Bay. In Monterey Aquarium you will find stingrays, jellyfishes, sea otters, and many others. 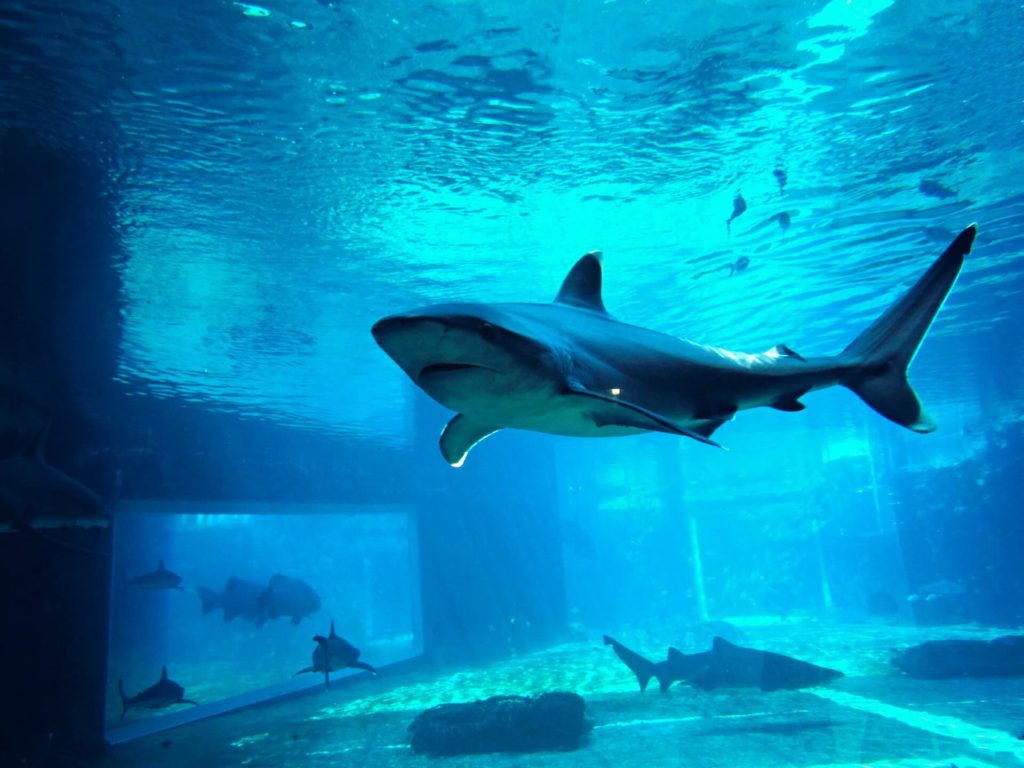 Located in Durban, South Africa, the biggest aquarium in Africa resembles a wrecked ship and is home to a number of sharks, dolphins, and smaller fishes. You can have a rest and admire the beautiful underwater view while sitting in one of the amazing restaurants and cafes here. The favorite one for most of the tourists is “The Cargo Hold” restaurant which has a whole glass wall.

Shanghai Ocean Aquarium may not be the biggest aquarium in the world but is incredibly spectacular. It is divided into different zones, which represent the marine fauna of different parts of the world – China, Antarctica, Australia. Maybe the most impressive species are the endangered representatives of the Yangtze River area.

The 155-meter tunnel also gives you the ability to meet the rarest creatures from the closest possible.

9. Aquarium of Genoa (about 1 million gallons) 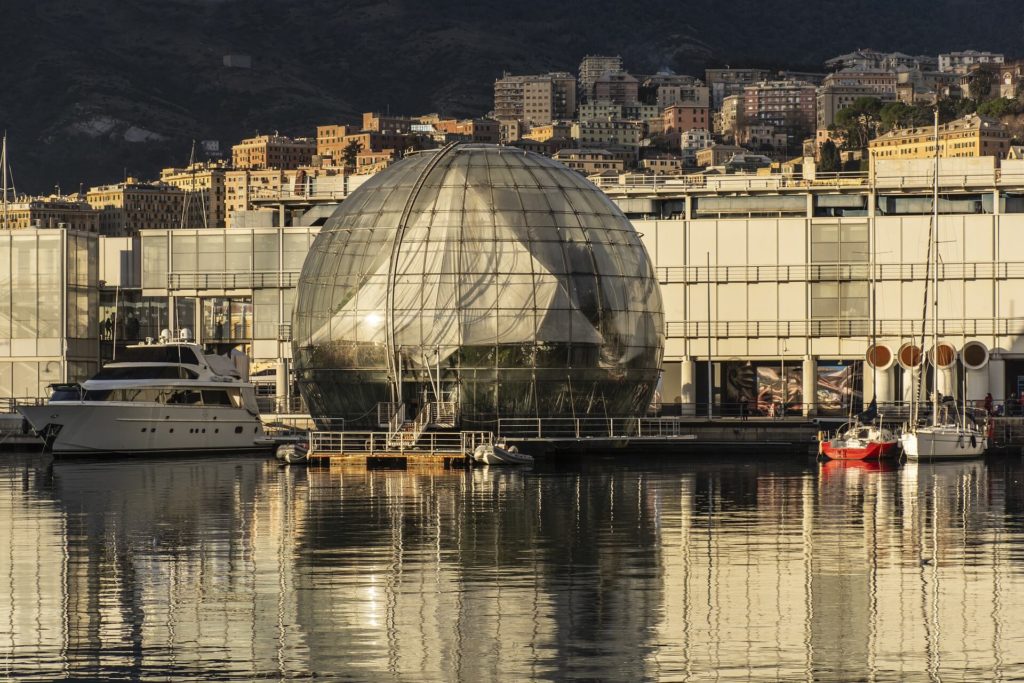 Home to over 6,000 marine species, the aquarium is one of the biggest aquariums in the world, located in Italy in Europe. Separate parts of the water basin are designed to fully resemble parts of the Mediterranean and the Indian Ocean, to provide comfort to the occupants.

You will surely be impressed mostly by the part with sharks and dolphins, which are loved by all tourists.

AQWA is ranked in the top 10 of the largest aquariums in the world and is the biggest aquarium in Australia. With an impressive size of 40 meters in length and 20 meters in width, the aquarium absorbs over 3 million liters of seawater and is transformed into a home for a huge variety of sharks, fishes, and manta rays.

Diving enthusiasts can even meet up close with these sea creatures for a fee. There is also a 98-meter-long underwater tunnel along with the aquarium, which is really impressive for visitors.

Underwater animals have always been a favorite of tourists. That is why the largest aquariums in the world definitely deserve to be visited. In each of the places mentioned in our list, you will discover a huge variety of marine animals from all over the world, underwater tunnels that will bring you to another universe, a lot of fun and excitement. Take enough time for this tour, because you definitely have something to see, book tickets in advance, where possible, and enjoy a magical experience.

10 of The Oldest Churches in the World