Waterfalls around the world have become one of the most beloved natural wonders by tourists. Whether it is one of the largest in size and volume of water mass as Iguazu Falls or smaller but equally magnificent Havasu Falls (in Arizona), this natural phenomenon reminds us of the majestic power of nature. In this article, we will introduce you to 20 of the most impressive waterfalls in the world that are worth visiting at least once in your life.

Iguazu Falls are located right between Brazil and Argentina. Iguazu means “big water”. The waterfalls can boast of being the largest in the world with a total length of about 3 kilometers. Iguazu Falls is actually the collective name of hundreds of small individual waterfalls that are located along the Iguazu River. The waterfalls are part of a protected area, and around them, the view is just as impressive as the falls themselves – green hills and jungle forests.

Victoria Falls or as it is often called “The Smoke that Thunders” is also located on the border between 2 countries – Zambia and Zimbabwe. However, there is a better view from the side of Zimbabwe, where you can feel the spray of water on yourself. The waterfall is among the most famous in the world. In addition to the view, you will be impressed by the loud noise, which will leave you amazed by the force of nature.
One of the most famous attractions in the country of Zambia is Devil’s Pool, which allows you to swim literally on top of the waterfall.

The waterfall was formed after the retreat of the ocean water mass, which turned its base into a rocky shore at sea level. Today the waterfall is among the largest and most visited in Iceland and often because of the force with which the waterfalls and water jets you can see a double rainbow. You’ve probably seen this waterfall as the set of some of Marvel’s most popular movies.
No matter which of the above places you choose for your adventurous vacation, you will not regret it. Waterfalls are truly among the most spectacular natural phenomena.

Havasu Falls is part of Havasupai Waterfalls, a group of waterfalls among the orange-red rocks of the Grand Canyon in Arizona. It is also considered the most greedy of the group. The waterfall is located in a protected area, and access to it is only through organized paid hikes with one night stay at the local campsite of Grand Canyon. Often there are many people waiting for this exciting transition and there is a wish list, so be patient – the view is definitely worth it.

Angels Falls is the highest waterfall in the world and is located in the beautiful Venezuela. The waterfall is 15 times higher than Niagara Falls, or 979 meters. The waterfall is part of the Churun ​​River. To see this amazing view, however, you will have to prepare for a long journey – first by plane and then 1 day by boat. 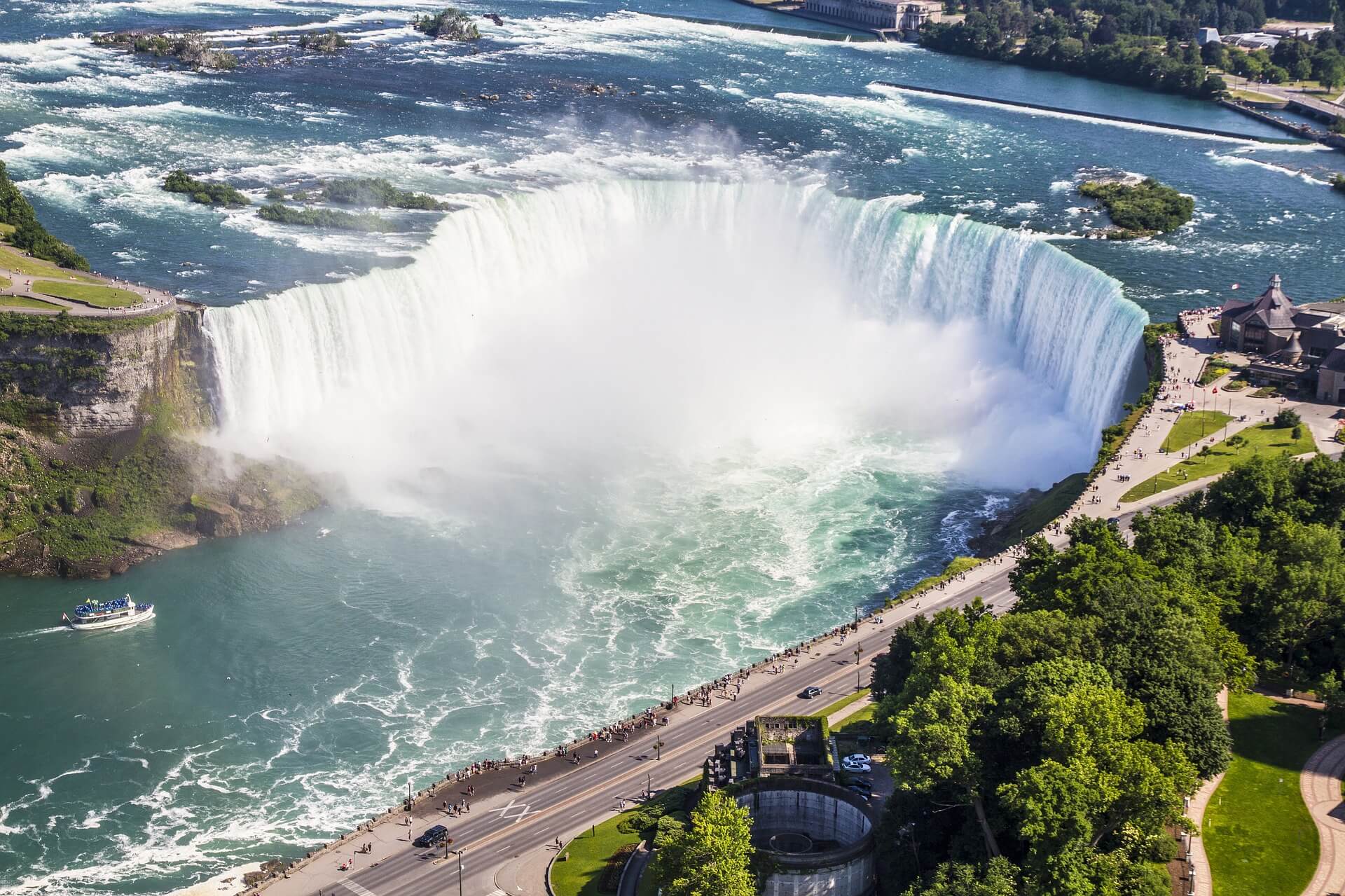 Although neither the widest nor the tallest waterfall, Niagara Falls is among the most famous and beautiful in the world. Located on the border between America and Canada, the group of three waterfalls (Bridal Veil Falls, Horseshoe Falls, and American Falls) offers exciting experiences – you can go through tunnels behind the water curtain or observe the natural power with a boat tour from the greatest closeness at its base. The largest of the three waterfalls is Horseshoe Falls. The waterfalls can be observed from both the American and Canadian coasts.

Dudhsagar Falls stretches 100 feet wide and over 1,000 feet high. This makes it the highest waterfall in India. The waterfall is often called the “sea of milk” because of the white color of the water mass breaking with furious speed. The waterfall is located in the Indian province of Goa.

The world’s highest single-drop waterfall, Kaieteur Falls, is located in the Amazon jungle, in Guyana. The waterfall can only be reached by a small plane, but flights are regular, departing from Georgetown.

The waterfall is located in Yosemite National Park, North America. In reality, it is a group of three waterfalls, which together create a feeling of an unimaginable volume of falling water mass. It is also the tallest in North America.
The waterfall is most flooded in spring and early days and in summer just after the snow melts. In hot August it may even dry out. 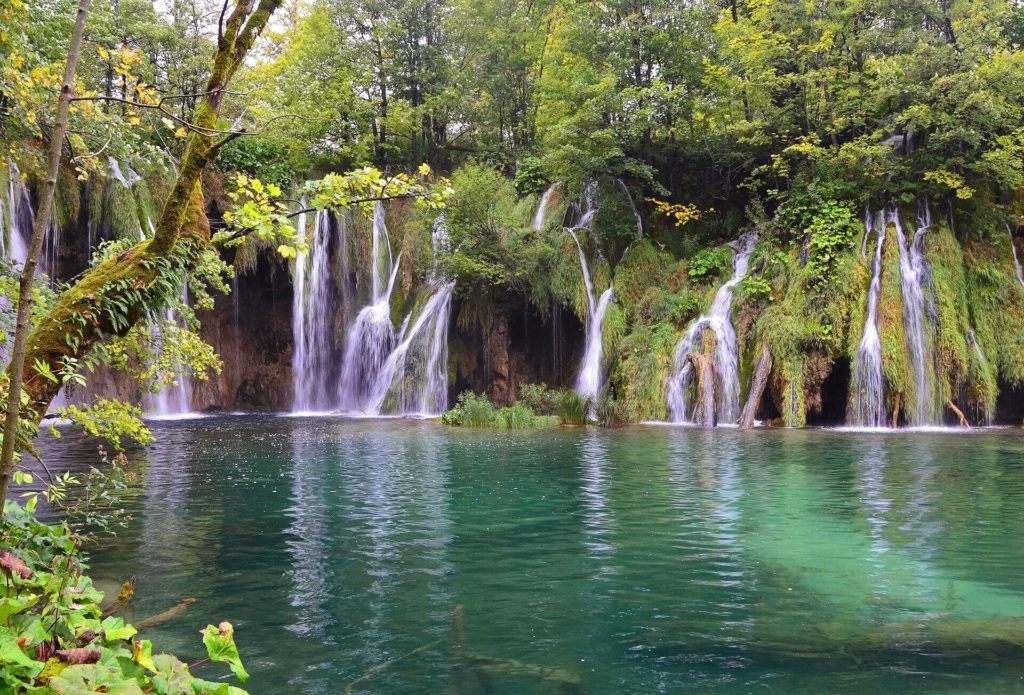 This group of waterfalls, which is formed by 16 cascading lakes on the slopes of the hilly terrain is a truly unexpected sight. The waterfall is located in Plitvice Lakes National Park. The shades of the water change depending on the rocks through which it passes from dark blue to turquoise, green and aquamarine. In unison with the surrounding lush vegetation, this is truly an unforgettable experience.

The 256-foot-tall Fall Creek Falls is located in Tennessee and is part of a natural park. You can see it by joining an organized transition in the green flora. There are several other smaller waterfalls in Fall Creek Falls State Park that may be part of your tour.

The waterfall is located on Cebu Island and is a favorite place for tourists for photos or diving into the crystal blue waters. Not so much because of its size, but because of the beauty of the water pool into which the waterfall flows. A fun adventure is a canoe tour and a hike through the forests of the island to reach this natural wonder.

Ban Gioc Waterfall in exotic Vietnam is the highest waterfall in Asia and is located on the border with China. The nature around is diverse. The waterfall is located along the Quay Son River, and on the Chinese side reaches 70 meters high and 200 meters wide. The waterfalls on three levels which creates an even more impressive picture and sound.

Gullfoss or “the golden falls” is part of the Hvita River in Iceland. The name of the waterfall comes from a special type of sedimentary rock that gives the water a golden glow in the sun. The waterfall has two levels, which creates a particularly impressive view and is 105 feet high.

“Niagara of the West” as it is often called is 900 feet wide and even higher than Niagara Falls. Shoshone Falls is one of the largest waterfalls in the United States and is easily accessible, including for wheelchairs. The parking lot is located only 75 feet from the observation platform, which allows a huge number of tourists to visit it.

Ruby Falls in the state of Tennessee is different from all mentioned so far because it is the highest underground waterfall that tourists are allowed to visit in the United States. Located in Lookout Mountain, you can reach this waterfall by underground lift and through paths that take you through impressive rock formations. The waterfall itself is 145 feet tall and is illuminated by special LED lights.

The sunset over Tukad Cepung Waterfall in Bali will surely be one of the most memorable sights of your life. The waterfall is easily reached with just a 15-minute walk (which is absolutely suitable for children). If you like diving and swimming, you can have fun in the pool around the waterfall.

The Weeping Wall is a group of narrow waterfalls that have formed on the slopes of Mount Waialeale in Kauai. The climate here is especially rainy, which makes the place the second wettest spot in the world. Even in rainy weather, the greenery around you and the magnetic force of nature will amaze you.

This waterfall is also part of Yosemite National Park but is smaller than Yosemite Falls. You can reach the waterfall by walking on paved paths. 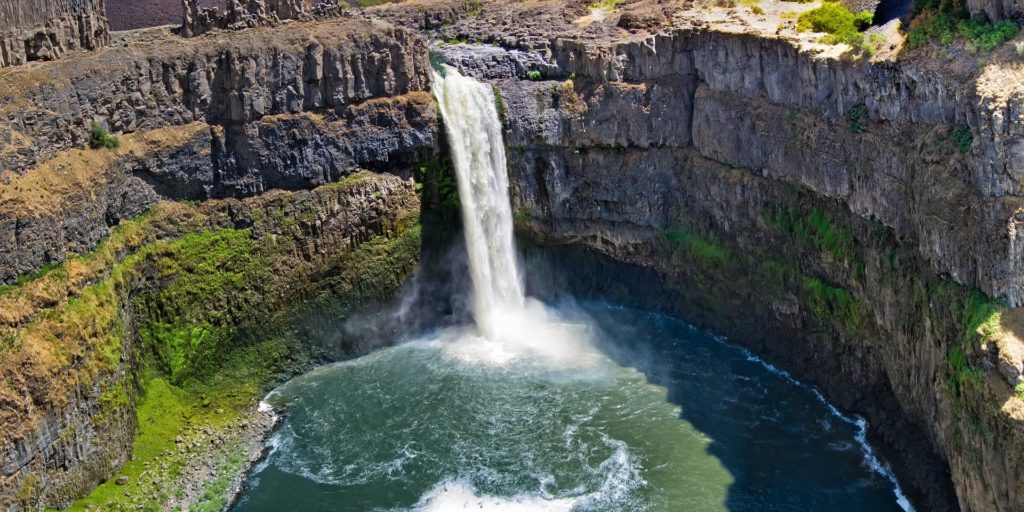 Palouse Falls is located in the more secluded parts of Washington and is definitely a place to visit. The water table, which is especially impressive when the Palouse River is full of water, flows into a round pool surrounded by rocky terrain. You can view the waterfall from many points of view, take pictures or just enjoy the experience.