Only a small percentage of people will ever see the spectacular natural wonders that the Earth has to offer. Seven provisional winners were announced in a global popularity poll, outranking other magnificent sights. The Northern Lights, the Grand Canyon, Paricutin, Mount Everest, Rio de Janeiro Harbor, Victoria Falls, and the Great Barrier Reef are among the world’s seven natural wonders.

To capture the vastness of each phenomenon, many of these naturally-formed displays require an aerial view. These 7 natural wonders are on the bucket lists of avid explorers, daredevils, backpackers, expatriates, and tourists. 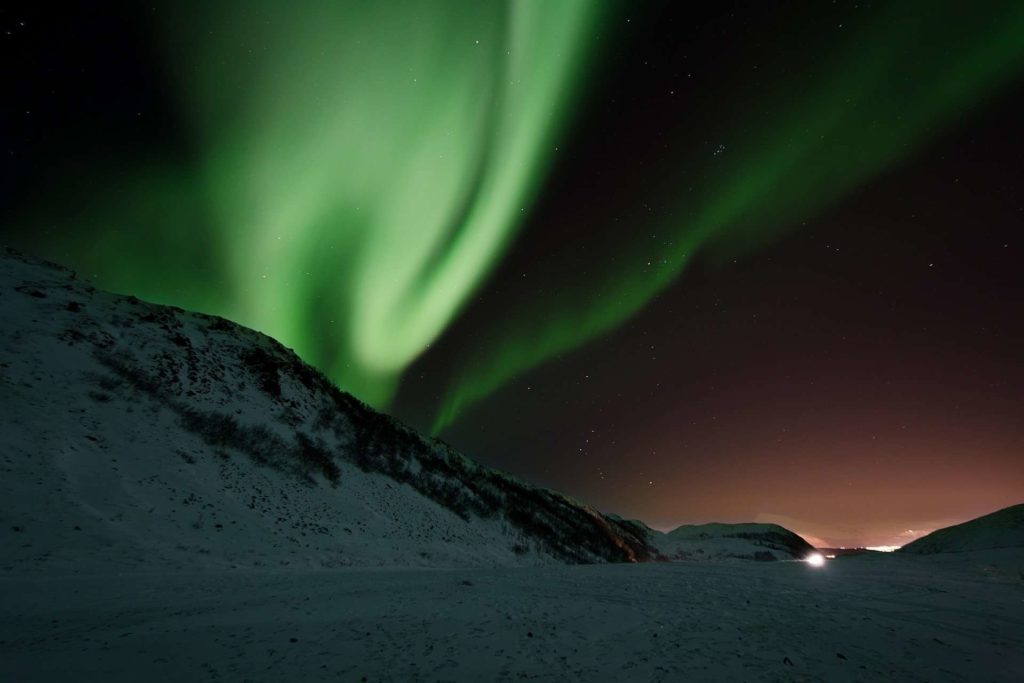 Tourists visiting the Northern Hemisphere have become enthralled by the Northern Lights. The Northern Lights are auroras or phenomena that occur naturally that consist of mystifying light displays in the sky. The northern lights dance across the sky, casting a diffused glow along the horizon to the north.

As you get closer to the Arctic’s magnetic pole, the intensity of the northern lights increases. The northern lights only appear randomly, unfortunately, making it a challenge for travelers to see while on a short trip. Locals in these northern regions are more likely to encounter them. The far north of Canada, Alaska, Iceland, Norway, Sweden, and Finland are some of the most popular places to see the northern lights.

During the winter, the chances of seeing the Northern Lights increase. They occur throughout the year, but they are easier to see in the dark skies in winter. 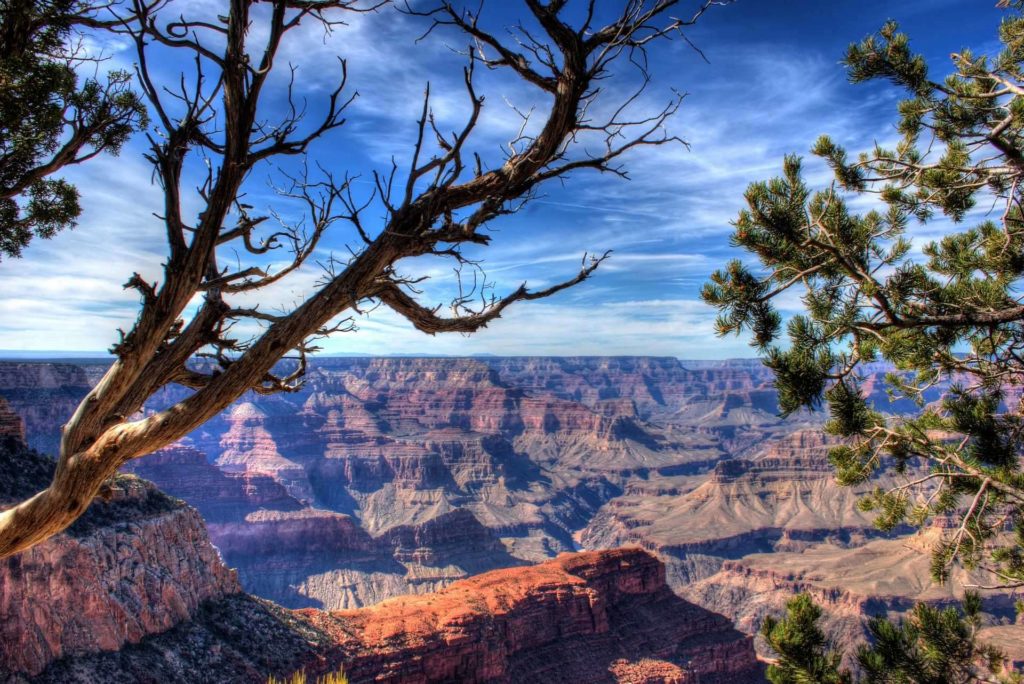 The majority of visitors visit the Grand Canyon’s South Rim and spend a full day admiring the views from the overlooks that stretch along the canyon’s rim. On one of the numerous hiking trails, head down into the canyon if you are in good shape and want to have a more immersive experience. Take a helicopter tour of the Grand Canyon for a less strenuous but unforgettable once-in-a-lifetime experience.

Stop at the Geological Museum to learn about what you are seeing if you are interested in the formation and geology of the canyon. You can get a great view of the rock layers within the canyon wall from Lipan Point along Desert View Drive.

The Grand Canyon is in Arizona, USA. The nearest major cities are Las Vegas and Phoenix. 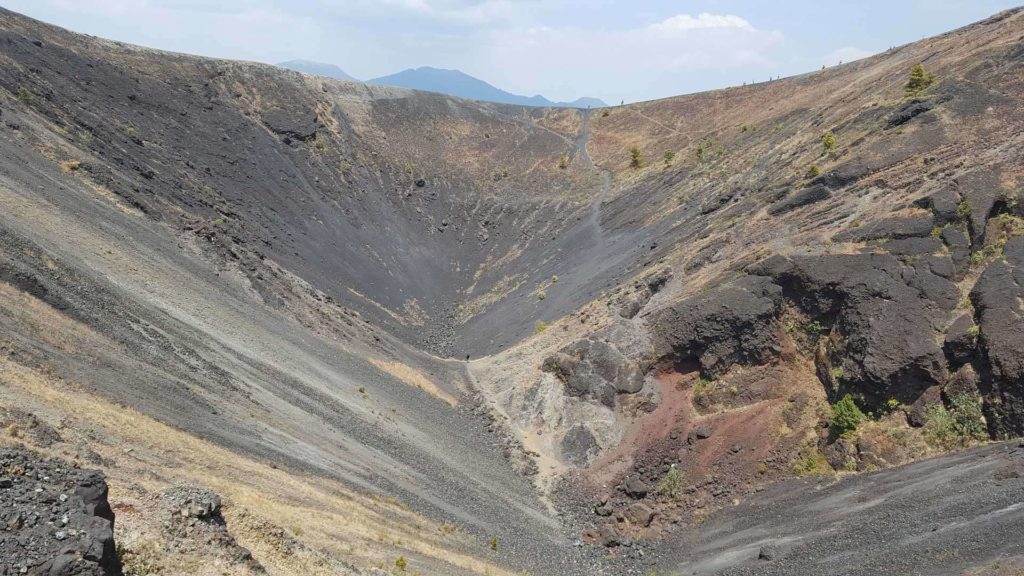 Paricutin Volcano is located in the Mexican state of Michoacán, approximately 320 kilometers west of Mexico City and in the central region of Tijuana, Baja California Mexico. The volcano erupted quickly from the fertile field of local farmers Dionisio Pulido, in 1943. This sudden eruption was so powerful that it destroyed the surrounding buildings as well as homes and farm fields. A small village nearby called Miraflores managed to flee to the nearby town of Uruapan shortly after the explosion occurred, and it is estimated that the town lost nearly one hundred lives, mostly to flying debris and flash ash.

The most important cause of the Paricutin Volcano eruption is the massive amounts of sulfate-rich materials (including sulfur dioxide and water vapor) that are constantly added to the reservoir beneath the surface of the earth. When these materials come in contact with either very hot lava or very cold ocean water, they produce explosive action. As a result, an eruption can take place almost overnight, sometimes even within a single day. Many scientists believe that the sulfur that comes from Paricutin Volcano was produced by massive volcanic explosions that happened about two thousand years ago, which also means that sulfur dioxide is a result of sulfur volcanoes.

Although sulfur dioxide is the main cause of this volcanic event, scientists believe that there may be other factors that also contribute to the eruption. They believe that the eruption took place because of the pressure building up underneath the sulfur dioxide, which then ruptured and began to build up pressure in other areas that had little or no pressure. Another idea is that the sulfur dioxide came in contact with very cold ocean waters, which may have caused ice to melt and collapse. Whatever the case, this latest discovery is likely to further increase studies into the causes of volcanoes and will hopefully shed more light on how to monitor and protect future eruptions. 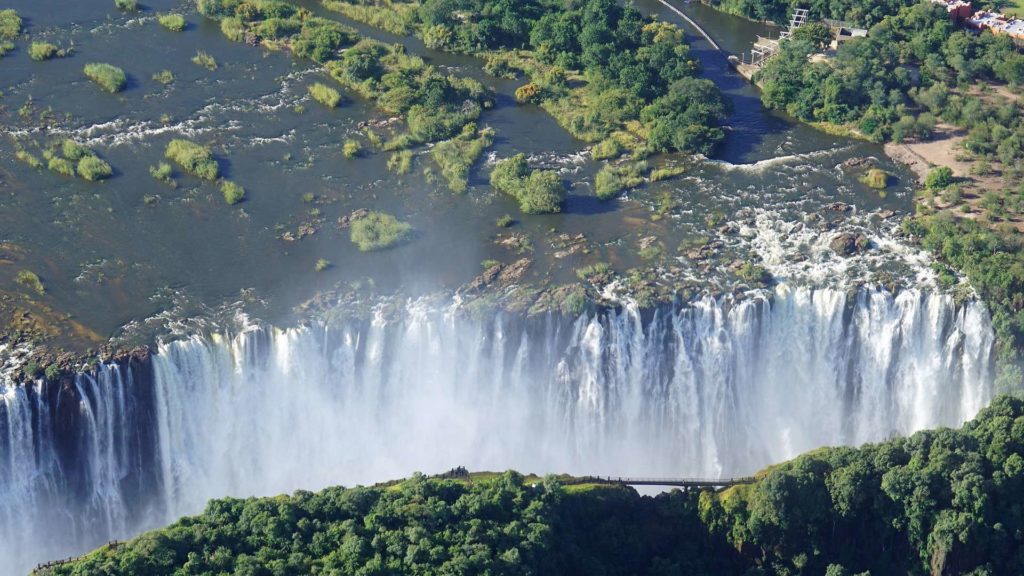 Victoria Falls is an enormous waterfall in the Zambezi River basin in southwestern Africa, which offers beautiful habitat for a number of different species of flora and fauna. It lies on the border between Zimbabwe and Zambia and is regarded as one of the largest waterfalls in the world due to its nearly 1,800-meter width. This large waterfall is popular for its Victoria Falls Museum which displays photographic evidence of how the massive mountain formed over time. The falls themselves are a sight to behold, particularly at night when the light from the setting sun makes the surface seem as if glowing with an inner fire. Victoria Falls is also known as the third highest waterfall in the world and is recognized as a World Heritage Site by UNESCO.

The Victoria Falls, Zambia is no doubt the most photographed tourist attraction in Africa. It is situated in the center of the country in the district of Victoria Falls, where it is surrounded by several smaller mountain ranges. There are also many smaller falls that offer a more manageable scale of whitewater for visitors. Victoria Falls is a must-visit tourist spot in Africa and an essential stop on any safari in the world.

Victoria Falls was one of the most important natural wonders of the world during the Victorian era and was the subject of a popular book and short film called “Queen of the Drops”. The falls are also a major source of income for Zambia’s economy as about 90% of the Falls’ water is used in the irrigation of both farms and cities. Victoria Falls attracts both backpackers and tourists every year who come to witness one of the greatest natural wonders on earth. It is also a popular destination for honeymooning couples as it offers an idyllic setting for a romantic escape. 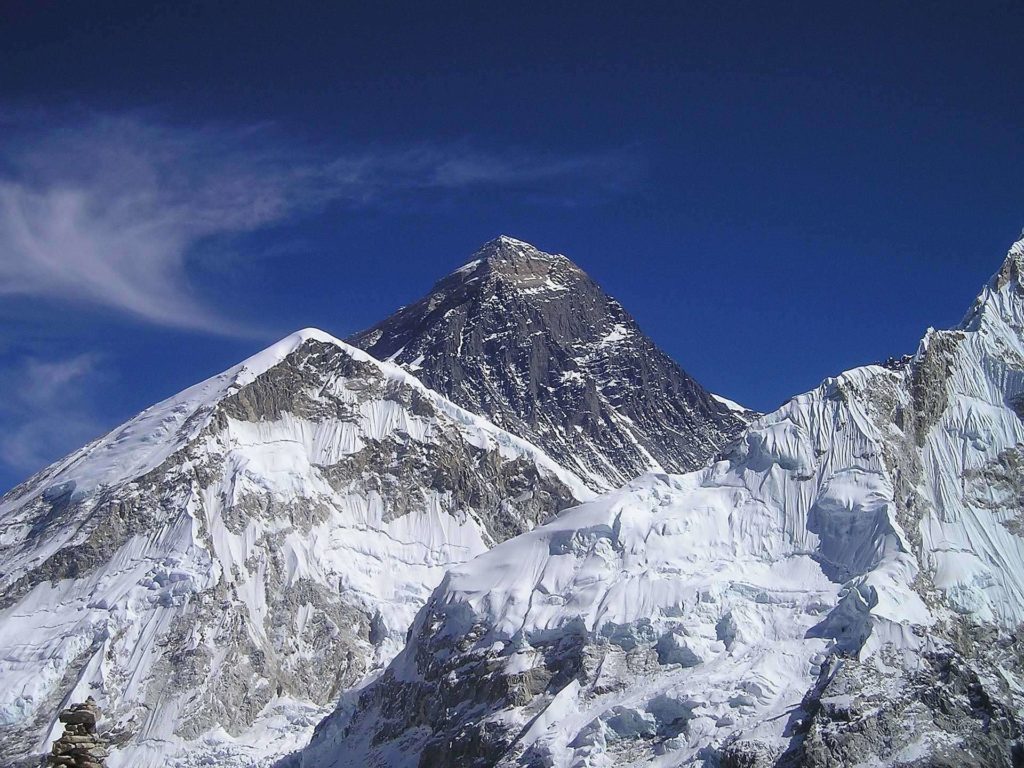 Mount Everest is the tallest mountain peak above the earth’s surface, situated at the Mahalangur Himal range of the Himalayan region. The China borders and the Nepal border generally lie along its peak. Its height of 8,8 486.↑m was last established by the Nepali government in 2021. At present, it is the epitome of extreme trekking, as it is not only the tallest but also the coldest, with less oxygen available to climbers.

Mount Everest is the most popular destination in which trekkers from all over the world come to achieve this challenging feat. Trekking up Mount Everest requires incredible strength and stamina since the route up to the high altitude is a tough and hilly one. After reaching the base of Mount Everest, there are numerous other mountains which you could attempt, like Manaslu, Langtang, Tsum Valley, and Annapurna. All these offer wonderful view as well as a challenge to the climbing fans. However, most people who have tried to reach Mount Everest return with memories of the low oxygen levels, the high altitudes and the overwhelming challenge of climbing the mountain.

Trekking to reach Mount Everest is a challenge for adventure lovers, mountaineers and trekkers from all over the globe. It offers a unique trekking experience where you get to ascend a high altitude mountain, at a time of extraordinary natural beauty and unexplored terrain. Climbing Mount Everest is a competition organized by the Government of Nepal and the Himalayan National Board. Mount Everest has always been the most expeditious and high altitude climbing location, so this makes it an ideal destination for mountaineering, trekking, and hiking. 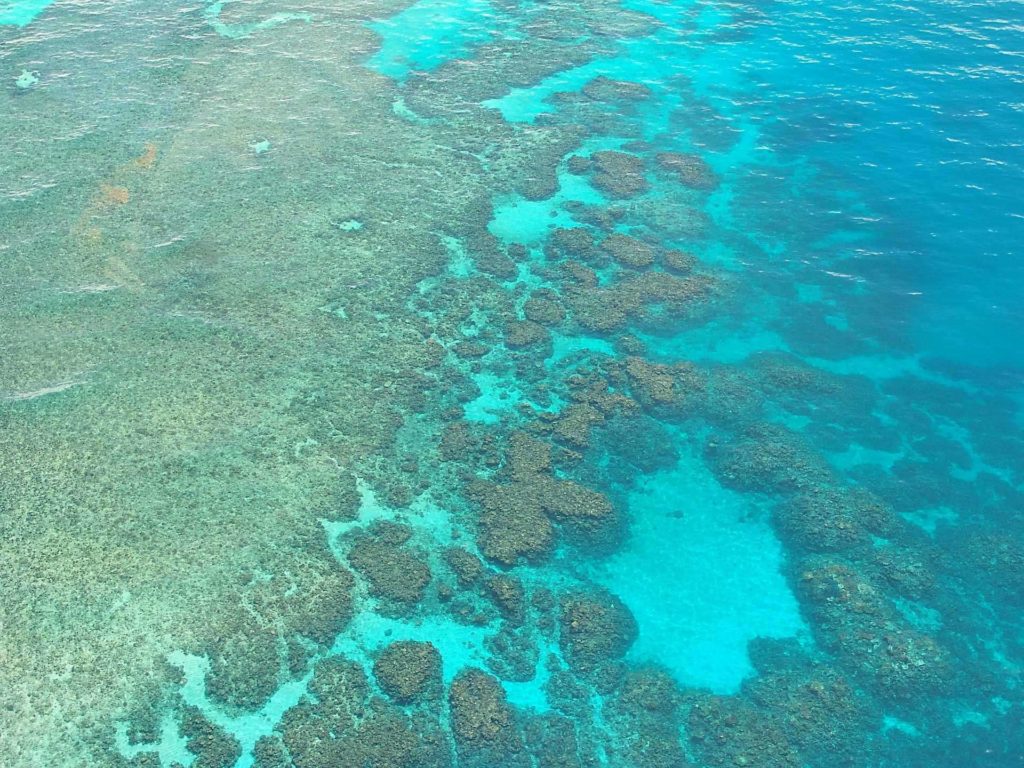 The Great Barrier Reef, also referred to as the Reef, is one of the best-kept secrets of the planet. This wonderful tropical wonder is made up of more than two thousand islands and is thought to be the largest coral reef in the world, with the waters surrounding it being one of the most diverse natural settings on Earth. Many people visit the Great Barrier Reef each year to see the amazing marine life and beautiful coral reefs, but many do not realize that there are a variety of other things to do in this amazing place! 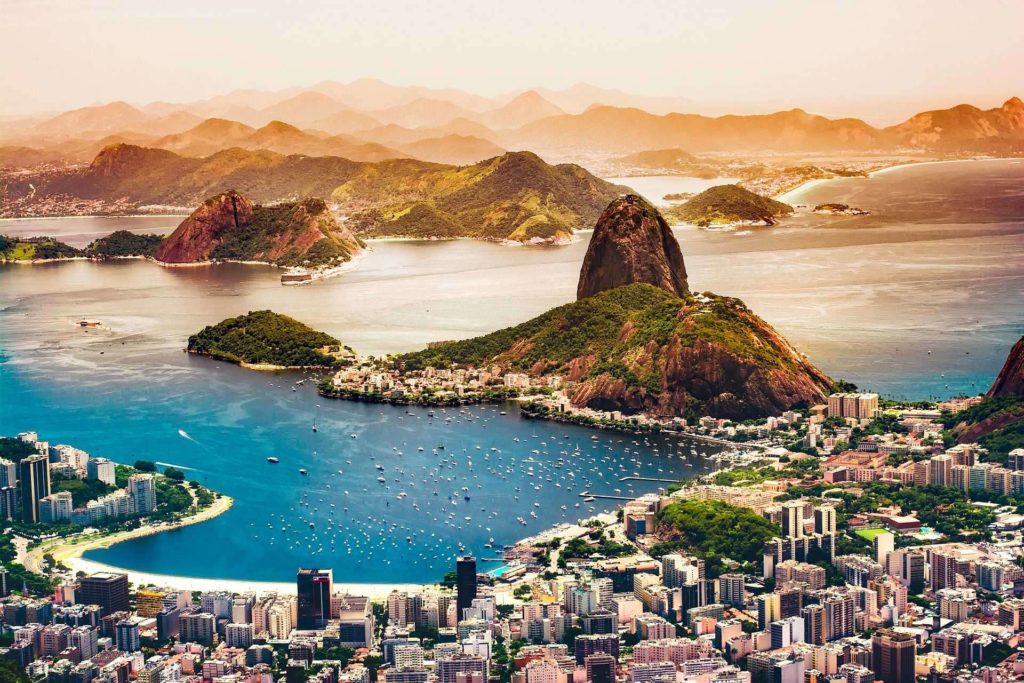 It is surrounded by mountains of granite and pinnacles, including the Sugar Loaf Mountain, Corcovado Mountain, and the Tijuca Mountains. It was caused by the Atlantic Ocean erosion. On a helicopter flight, tourists can explore Rio de Janeiro Harbour, to get a breathtaking view. This natural marvel is traditionally seen in the highest part around the granite peaks overlooking the harbor. The views of the marvelous beaches in the port are spectacular.

What NOT to Pack in Your Carry-On Bag

What NOT to pack in your Checked Luggage?