North Carolina has an extensive coastline perfect for deep-sea fishing. Tropical location, 301 miles of coastline, and a variety of long-grade rods for fishing any depth level make this a popular charter sport. Bluefin tuna fishing is particularly good in the coastal regions of the state, and even in the open ocean.

North Carolina’s deep-sea fishing tends to be grouped in three distinct regions.  The northern, central, and southern coastline. Although there are many fishing charters in Hatteras, they’re mainly on the northern coast for their association with “Wicked Tuna” but, Hatteras on its own has a distinct appeal for southern folk.

The large bluefin tuna migrates along the coast, appearing in North Carolina waters from mid-February to April. Anglers have weighed in over 700 pounds during these peak fishing times. Bluefin tuna catches are predominant in April, but the following species such as blackfin and yellowfin tuna increase in abundance during the rest of the year. 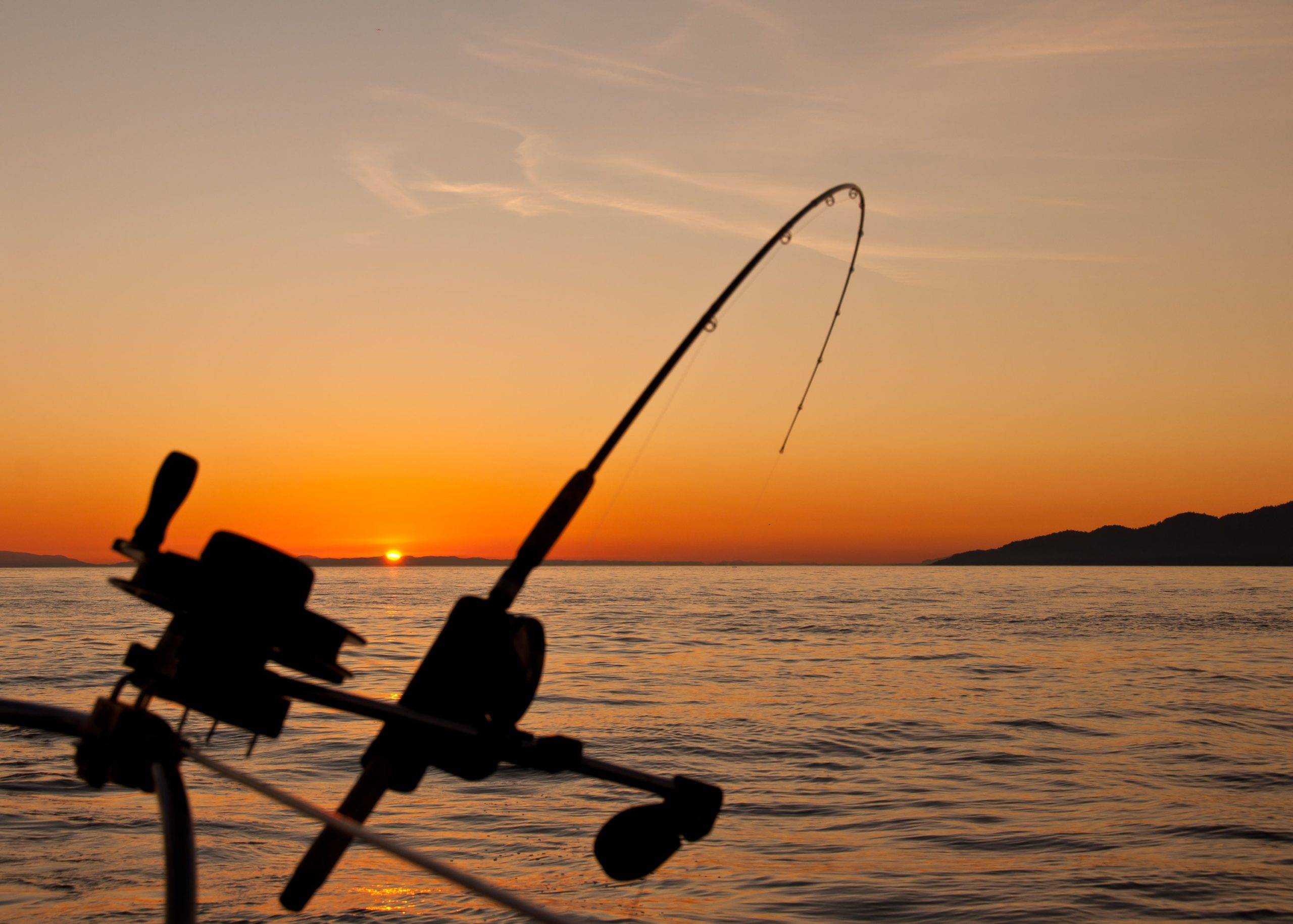 North Carolina appeals to fishermen of all levels and to those interested in both catching fish, whether they prefer the brackish or shoreline methods.

The 3 major coastal regions have some 800 charter boats, so it is easy to find a captain who knows all waters and species and the fishing license is a part of many charters. Remember to read up on your license requirements and species you want to draw the most out of your time and money before you jump in the water. The NC DNR’s involvement in the Marine Recreational Information Program (MRIP) collects marine catch data. before you go, you depart, you can have the info you need to request a type of yacht. Learn more about your deep sea fishing options in the state of North Carolina.

When it comes to deep-sea fishing, especially for tuna, the Outer Banks is the best of all. It is known as the world’s billfish capital. During the season, the sheer number of sailfish, blue marlin, and white marlin caught along this stretch of coast is unrivaled. Because it is where the Gulf Stream and the Labrador Current meet, the conditions are ideal for all types of marine life.

Marinas with deep-sea charters can be found all along the Outer Banks, in Currituck and Dare counties, as well as in Hyde County’s Ocracoke. Pirates Cove, Oregon Inlet Fishing Center, Hatteras Harbor, Hatteras Landing, and OBX Marina are some of the most popular departure marinas. While the marinas in northern Nags Head and Manteo are busy, the most productive deep sea fishing area is off the coast of Cape Hatteras, where the television show Wicked Tuna is based. The hard-core anglers congregate for sport fishing at Cape Hatteras, which is located on the southern tip of the barrier island and is a one- to two-hour drive down Highway 12 from Manteo. Cape Hatteras has the feel of a rustic fishing village, with billfish photos and paintings adorning nearly every restaurant and hotel’s walls, adding to anglers’ excitement to land one of their own and make offshore memories to match their angling anticipation.

Because the billfish season is so long, there are numerous opportunities to catch a 100- to 700-pound marlin or sailfish. The blue marlin is most abundant in June, while sailfish and white marlin are most abundant in August and September, though they can be caught at any time from late spring to fall. Other species such as grouper, king mackerel, wahoo, tuna, snapper, Spanish mackerel, bluefish, and flounder prefer this timeframe. The offshore waters of the Outer Banks produce sea bass, king mackerel, grouper, flounder, and Bluefin tuna from the winter months to early spring. The Outer Banks is a great place to catch yellowfin tuna all year.

The Crystal Coast is in Onslow and Carteret County. This area is notable for its deep-sea fishing for a diverse range of species, which take place year-round. Trout, tuna, and mahi-mahi fishing on the southernmost tip of the state of Maine. These sections of the Atlantic have more than 85 miles of shoreline and plenty of marinas, so you’ll want to research nearby airports or port cities if you intend to fly exclusively for fishing. Nome coastal communities on the Crystal Coast include Atlantic Beach, Emerald Isle, Pine Knoll Shores, Down, Indian Beach, and Salter Path.

A wide range of charter trips exist, including half-day, overnight, and even a charter tailored to target the mahi-mahi is available. For blue and white marlin, mahi-mahi, yellowfin tuna, and Spanish Mackerel, the best offshore fishing is in the summer (May-September). Blackfin and bluefin tuna are available during the fall and winter months. Nearshore fishing is an activity for sea trout and redfish anglers.

North Carolina’s South Coast including Pender, New Hanover, and Brunswick has great offshore fishing but also unrivaled reef fishing opportunities in the northern areas. Kure Beach and Carolina and Wilmington are a few of the top departure points on the southern coast. Fishing tournaments are common in Wilmington and charter boats that can accommodate any level of fishing abilities are ready to serve anglers all year round. Many restaurants in the Carolina Beach area will cook your catch for you.

The Gulf Stream’s warm waters make sports fishing for wahoo, dolphin, sailfish, marlin, tuna, and amberjack very successful off this section of coast. Sharks, red snapper, and mahi-mahi are among the other fish that can be caught. The red drum is a popular summertime target off this coast, and it’s an aggressive fish that doesn’t let anglers down in the fight. Late spring through early fall, as in other areas along the North Carolina coast, is the best time for deep-sea fishing off the southern shores.

Things to do in Charlotte North Carolina