Regardless of the season, there’s always something to see and do in South Africa, from incredible wildlife and wildflowers to beautiful beaches and landmarks. Although the climate varies from region to region, this year-round destination, located at the southern tip of Africa in the Southern Hemisphere, experiences mild winters and hot summers.

From May to October (fall and winter), when the days are warm and the nights are cool, is the best time to visit South Africa.

South Africa, unlike other African countries, has four seasons and thus experiences distinct seasonal changes, albeit with brief fall and spring seasons. For the most part of the country, the dry season runs from May to September, encompassing winter and a brief spring season. The rainy season runs from October to April, spanning the summer and fall. Between November and March, the peak season, which coincides with the holidays, is when hotels, national parks, and safaris are packed with visitors.

We’ve put together a helpful guide on the best time to visit South Africa for its many attractions to help you figure out where and when to go to make the most of your vacation, whether you’re interested in game drives, the great outdoors, surfing, or beaches. 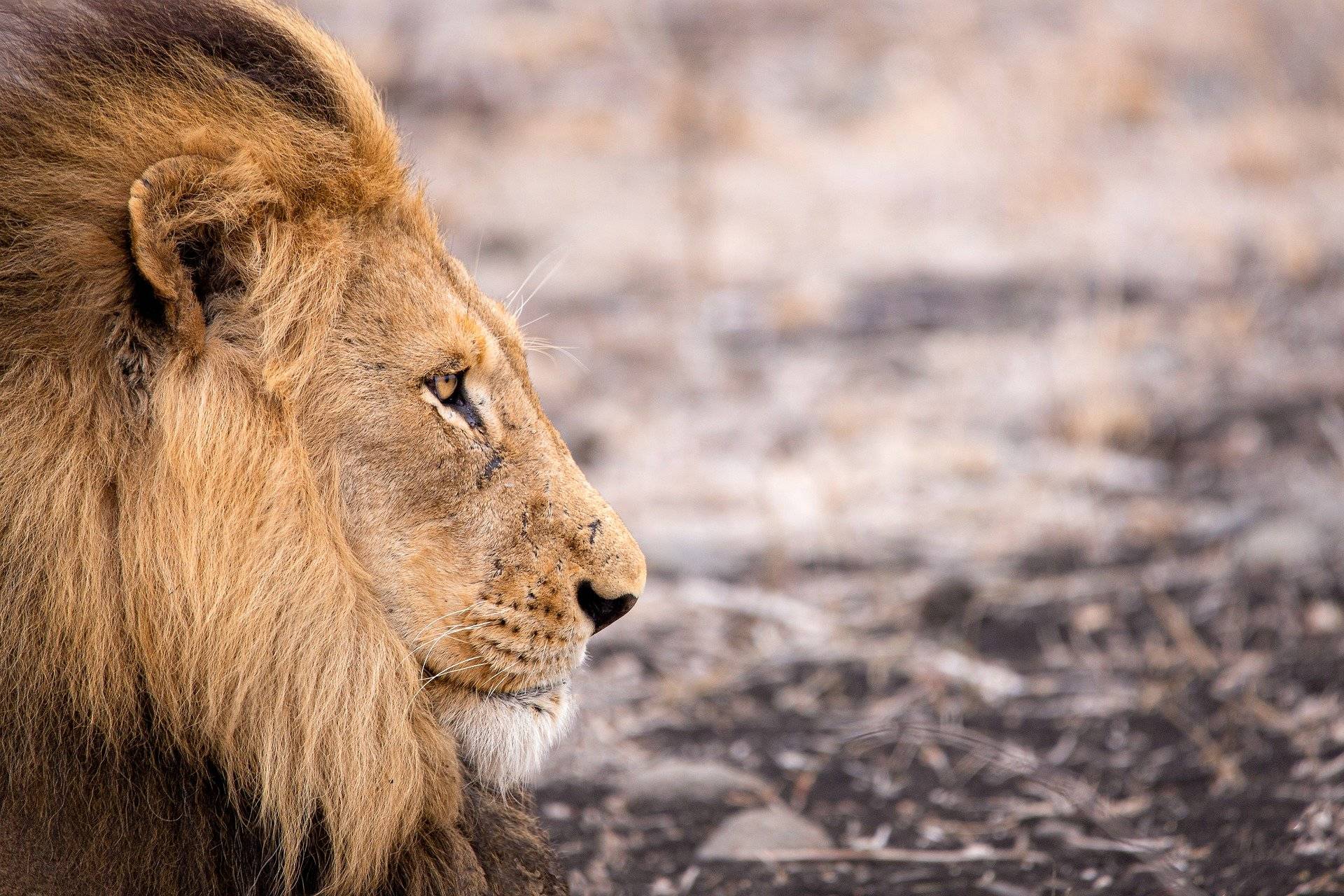 It really depends on your interest to visit South Africa. The best time to visit South Africa is during the dry winter months (June to September) in the north and eastern parts of the country for excellent game viewing, surfing, and whale watching. Though it may be a little chilly on occasion, the weather is generally pleasant.

When the vegetation is sparse and there is a lack of water, animals are drawn to the water sources in Kruger National Park and other safari parks in the northern region. From June to September, whales can be seen in large numbers along the Western Cape’s southwest coast.

Winter brings big swells and some of the best waves of the year. With over 2,500 kilometers of coastline, South Africa has a plethora of great surfing spots. Elands Bay and Long Beach in the Western Cape, Cape St. Francis and Jeffreys Bay in the Eastern Cape, and Durban and Green Point in KwaZulu-Natal are among the best surfing spots.

In the summer, the famous Boulders Beach near Simons Town is teeming with African penguins. The International Jazz Festival, South Africa’s largest festival of its kind, takes place in Cape Town in March and attracts music lovers and artists from all over the world.

The best time to be in the Drakensberg mountains is in the months of March to June, when the weather is sunny with warm and cool nights, because of the late winter and spring and summer rains. This breathtaking mountain range, the country’s highest, forms a border between Lesotho and KwaZulu Natal and is known for its breathtaking scenery. In the winter, the mountains are blanketed in snow.

The best time to visit South Africa is between September and December when you can witness wildflower vistas and migrations of whales. 3,000 species transform the landscape from brown to multicolored in the North Cape region of South Africa. The ideal time to go flower-hunting for the Namaqualms daisy is in July and August.

Budding wildlife is most commonly found in the drier months, but the beginning of spring is always wonderful as plants and greenery begin to grow.

This is the best time of year to see the southern right whales migrating from Antarctica to the warm waters of the South Atlantic near Plettenberg Bay. The Hermanus Whale Festival, which takes place in September, is the premier whale-viewing location on land. The return of the southern whales will be celebrated with music, cabaret, celebrities, and energetic beats.

Durban is the third-largest city in southern Africa, so it’s best to come here in the spring. Noted for its Indian Ocean beaches and multicultural melting pot, Durban is a wonderful place to learn about. World Heritage sites like iSimangise Wetland Park and Hluhlaizi Hluhluzi Game Reserve provide a safe haven for those on safari in the area.

If you are looking for a vacation that takes you to various places in South Africa, then try going in September. It’s the beginning of spring in the countryside, and it’s quite warm and sunny out. The colorful and stunning scenery of the West Coast puts on show, while the beaches of South Africa provide nice places to relax on, and the animals of the Kruger National Park are filled with frolicking young animals, including spring fowl.

Also, travel north to the desert during the summer months in September can be quite challenging. In Kalahari Game Reserve you may see black-maned lions, and in Kgaladidiri Transfrontier Park, on the Northern Cape, you may find black-maned ones Additionally, it’s an opportunity to meet with the Bushmen are found in the former.

Some of the best stadiums in South Africa are open in September for sports fans to visit during international tournaments, which are primarily held in September to see the country’s cricket, rugby, and soccer teams. The DHL Newlands Stadium is among the most beautiful stadiums in the world, as well as being in the Cape Town province, where it has Table Mountain and Devil’s Peak in view.

KwaZulu-Natal witnessed the Zulu girls wearing their colorful regalia and performing the nongoma in Nongoma, three hours north of Durban.

Due to the relative slump in tourism, finding cheap hotels is more difficult during this time of the year. It’s best to avoid the month-end holiday.

South African summers (mid-December to mid-January) correspond with holidays, and visiting should be avoided during this period. Resorts and hotels get booked up quickly, especially in popular vacation destinations, while airfares and schooling fill the country’s entire fleet. During the summer, book months in advance if you want to visit.

Nearly half of the country experiences hot and humid days combined with rainfall. It is hot and dry in Cape Town in the summer, unfortunately. Those wishing to see the penguins in South Africa will be pleased to know that they are in the season. Adorable penguins are right next to Boulders Beach in Cape Town, a top choice for an unforgettable experience.

Note if you find yourself in Cape Town in January, don’t miss the Minstrel shows in South Africa; there are parades and dancing in the streets as well as a large festival during the occasion. and late sunsets mean you can climb to Table Mountain early in the morning and enjoy magnificent views of the surroundings.

Those people who plan to travel to the Cederberg (Middelberg) Mountains, which are located three hours away from Cape Town, will find it a wonderful destination for bouldering. Because of the weather, it’s always nice to take the ferry to Robben Island in the summertime

for nature lovers, the wet season can be a very rewarding time. Over a hundred species of South African birds migrate to summer feeding grounds to South Africa each year. Additionally, you may be able to see the hornbills, guinea fowl, lilac-breasted rollers, yellow-billed storks, and other uncommon avian species. The Nylsvley National Reserve, Kruger Park, and iSimangwelizweland Nature Reserve are some of the natural reserves for first-class bird-watchers.

Best Time for a Safari in South Africa

It is the best time to safaris in South Africa during the dry winter months of June to September. Animals congregate around seasonal water sources at this time of the year. Animals are better able to be seen due to lower grass and leaf cover

Dry weather also means that the roads are drier than the wet season, and because of that, the mosquitos are avoided.

the temperature is slightly on the cool side (12 to 27 degrees) and it is better to dress in several layers The renowned Kruger National Park is situated in the northeast province of Limpopo and Mpumalanga province.

You might enjoy seeing wildlife in Sabi Reserve near the Kruger National Park in the Free State, and Hluhluwe Umfolozi Park in KwaZulu-Natal.

while viewing wildlife, the peak time is between June and September, when you can see the animals in natural habitat and the water levels are high.

As well, you should try to head to game reserves in Cape Town, which have some dry months in the year. Each of these locations is about two and three hours away from Cape Town and is thus a good option for the big five and for the aquatic life. Please keep in mind that this time period overlaps with the peak tourist season, so game drives are currently occupied. In advance, plan on booking accommodations and safaris.