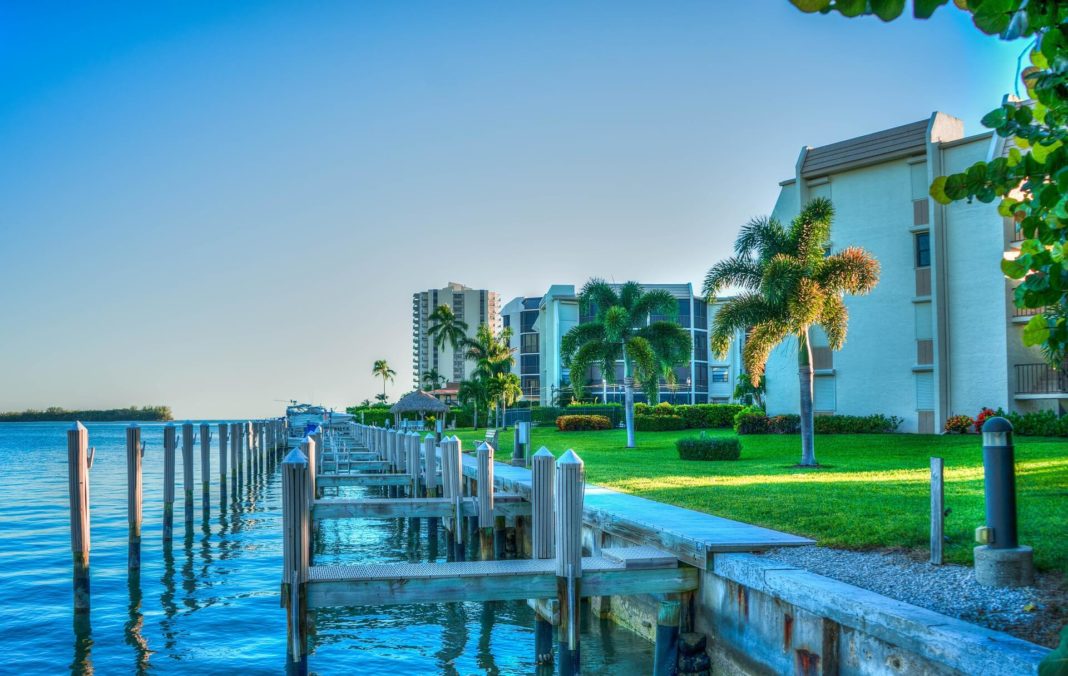 The Sunshine State is known for a variety of things, but there’s no denying its appeal as a year-round getaway destination for a weekend getaway or if you have the funds, an extended vacation. From the Florida Panhandle to the Florida Keys, there are more than 1,300 miles of glorious coastline to discover, not to mention your choice of big cities or laid-back beach towns to call home base for your journey. Just a few of the factors that make the state so appealing to visit as the country (and the world) wakes up from a long season’s slumber are favorable weather, affordability, and appeal to families with multiple generations. If you’re not sure where to begin, we’ve compiled a list of the best weekend getaways to take across Florida to get you started. 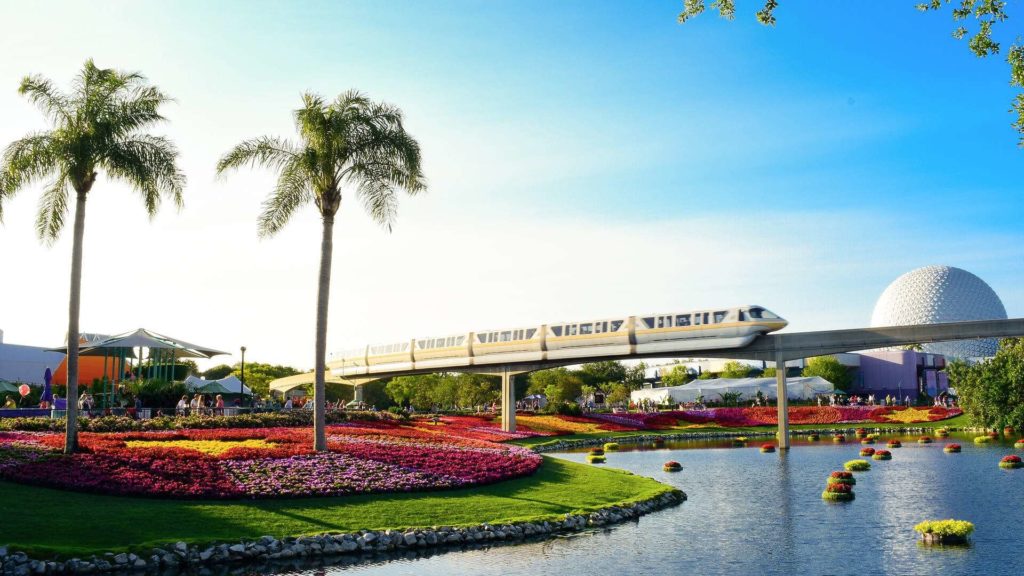 Orlando’s theme parks, which are all fully operational again but may experience capacity constraints at some attractions during peak hours, are just one of the many reasons to visit the city. What many visitors are unaware of is that Orlando has much more to offer than simply visiting theme parks. Traveling from a base at the boutique and art-centric Alfond Inn, visitors can discover the charming bricked streets of the Winter Park neighborhood (which has a European feel to it, dare we say it?) near downtown Orlando, and discover a side of their city that Orlandoans cherish. With a location in downtown Orlando, the newly opened (in January 2021) AC Hotel Orlando Downtown is within walking distance of Lake Eola Park, the city’s centerpiece green lung, which hosts a weekly Sunday farmers market and a lively beer garden beneath a canopy of live oak trees. 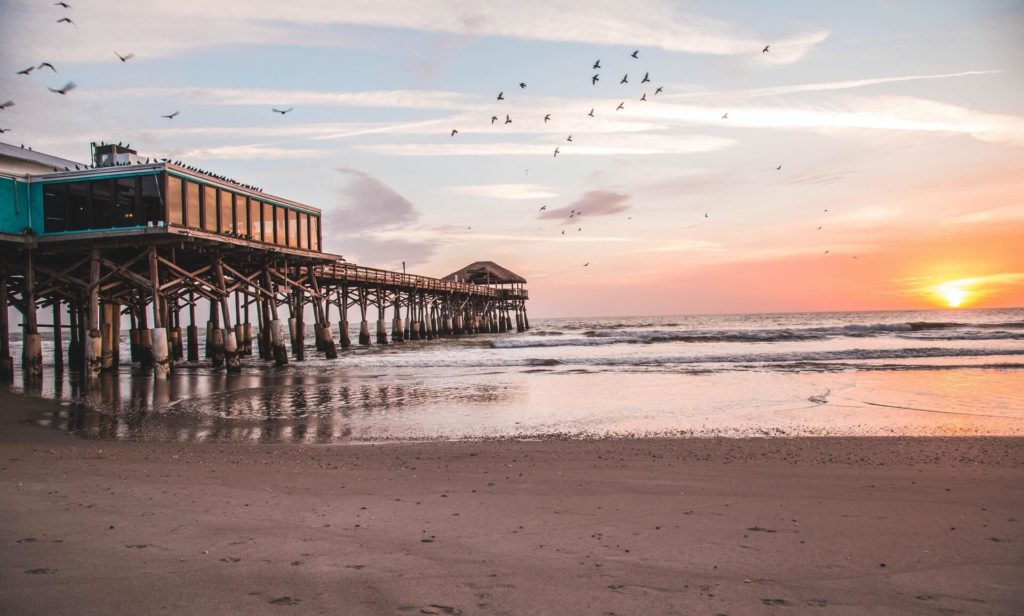 Cocoa Beach has been known for a long time as one of the best beaches in Florida, if not the best beach in the whole state. Because of this, it should come as no surprise that Cocoa Beach is also one of the best places to go on a weekend in Florida. There are many things to do in Cocoa Beach, but the best thing about it is that it has a great surf scene. Wake up early to see the locals riding the waves. If the waves aren’t too big, you might be able to get a few waves of your own. It’s also possible to go to the Ron Jon Surf Shop, which is the world’s biggest surf shop. You can also visit the Florida Surf Museum. 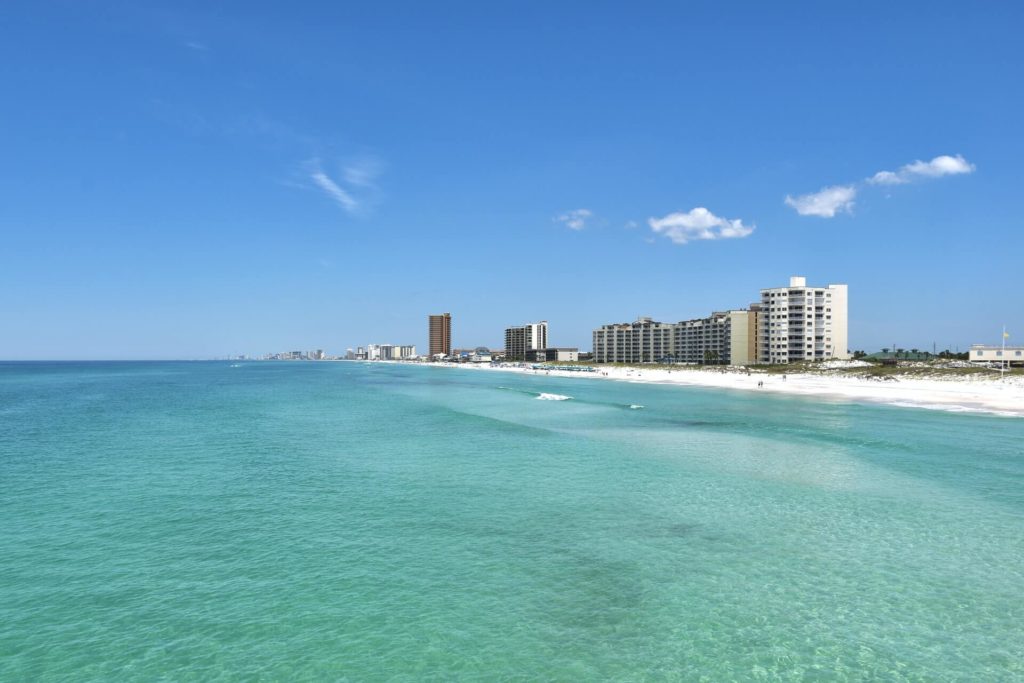 Leave the chaos of spring break to the people of Panama City Beach. Its neighboring Panama City proper is a Panhandle revelation, boasting an Oyster Trail with a dozen restaurants serving up the freshest catch from the Gulf of Mexico, as well as a burgeoning Mural Trail, among other things. Panama City, with its historic downtown and easy access to the nearby sugar sand beaches of Panama City Beach, is less than a five-hour drive from cities such as Atlanta, Birmingham, New Orleans, and Jacksonville, and it may surprise you with its unique charm. The History Class Brewing Company, located in the heart of downtown, is a brand new gastropub that pays homage to the city’s past through the use of old-time artifacts in its design and the availability of mango and guava infused wheat beer on tap. Keep an eye out for nearby Historic St. Andrews, which is ten minutes away and features an artsy fishing village with streets lined with oyster shells, a few decent waterfront restaurants where you can get a seafood meal, and the picturesque Oaks by the Bay Park, which is home to the ancient oak tree “Old Sentry,” which is estimated to be more than 250 years old and highly Instagrammable. 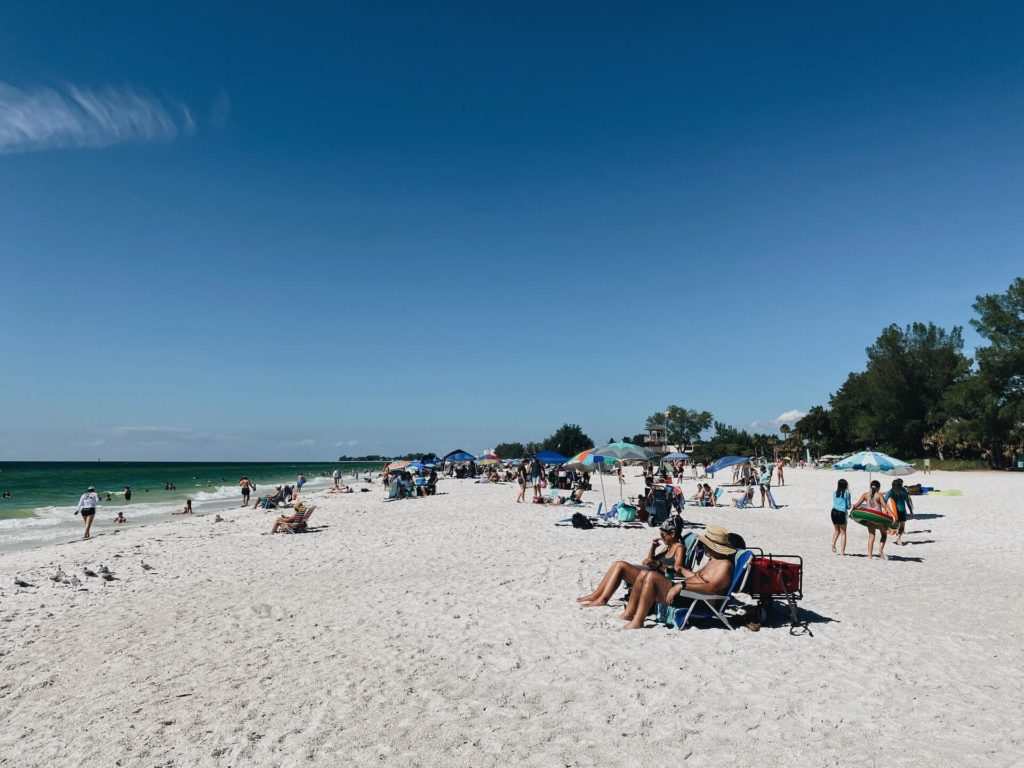 This mostly residential island, less than an hour south of Sarasota, is a slice of old Florida that many people don’t know about. It’s not as well known as the big-name beaches in St. Pete and Clearwater. Anna Maria Island is a great place to find a vacation rental on a canal or right next to the Gulf of Mexico for your next trip away from home. This is where Pineapplefish is. You can also stay in nearby Holmes Beach at Waterline Marina Resort & Beach Club, which has a lot of space for people who want to bring their own boats with them. None of the stores on Anna Maria Island are chain stores, and most people use golf carts to get around because they’re faster. Using a Surrey (or other types of bike) rental, you can go anywhere you want to, too. 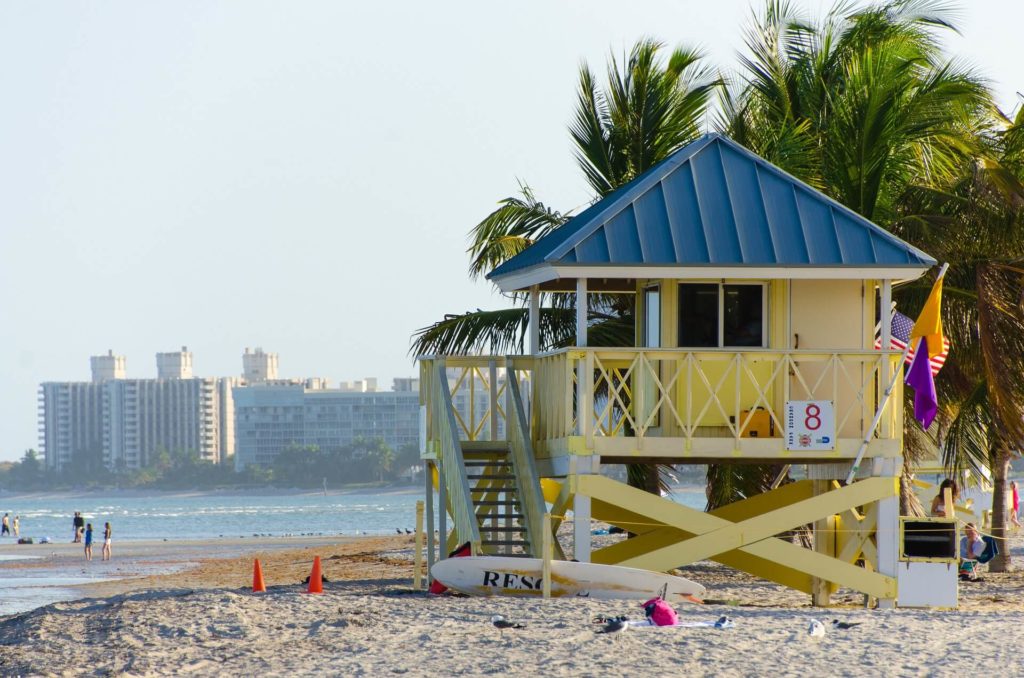 Key Biscayne is not part of the Florida Keys, even though it has the same name. Miami is just 15 minutes away from this amazing weekend trip to Florida. Check out Bill Baggs Cape Florida State Park while you’re on Key Biscayne. It’s the only state park in the area that hasn’t been touched by humans. If you’re a golfer, think about going to the Crandon Golf Course. Boat tours of Stiltsville, an old town built on the coast of Key Biscayne, are a great way to get a taste of adventure. 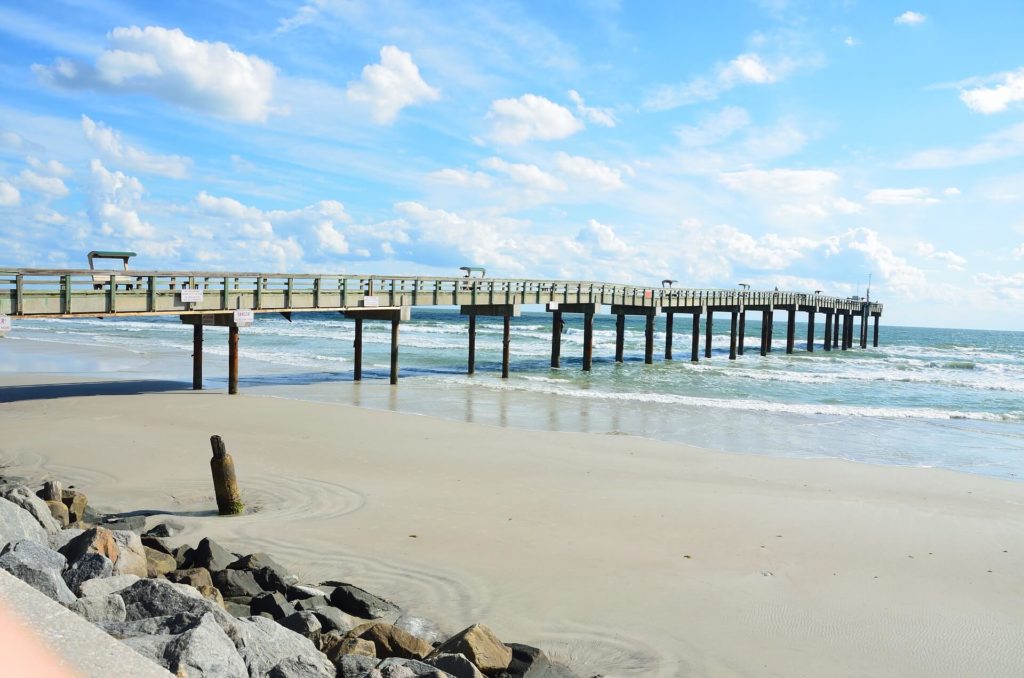 Founded by Spanish explorers more than 200 years before the United States was formed, St. Augustine is a city with a lot of history. Many of the most interesting things to do and see in St. Augustine have a lot of history. Castillo de San Marcos National Park is the best example of this. To keep the city from being taken over by other people, this fortress was built. It is one of the best things to see in Florida. With the Castillo de San Marcos National Monument, you can also shop on George Street, enjoy the sun at St. Augustine Beach, and learn the secret to long life at Ponce de Leon’s Fountain of Youth Archaeological Park. 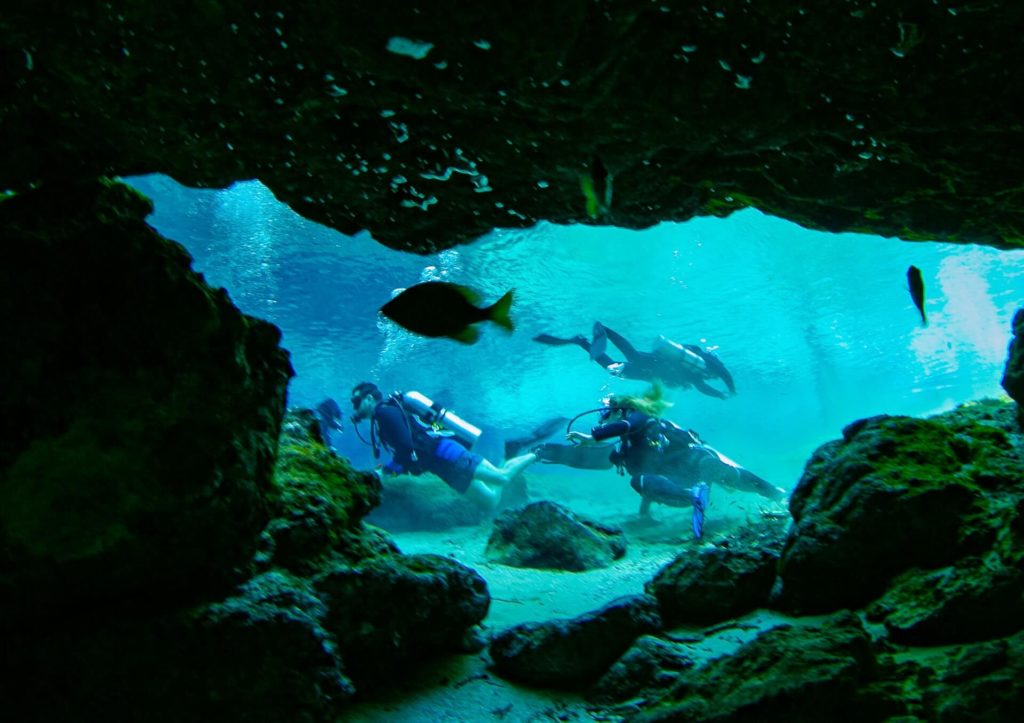 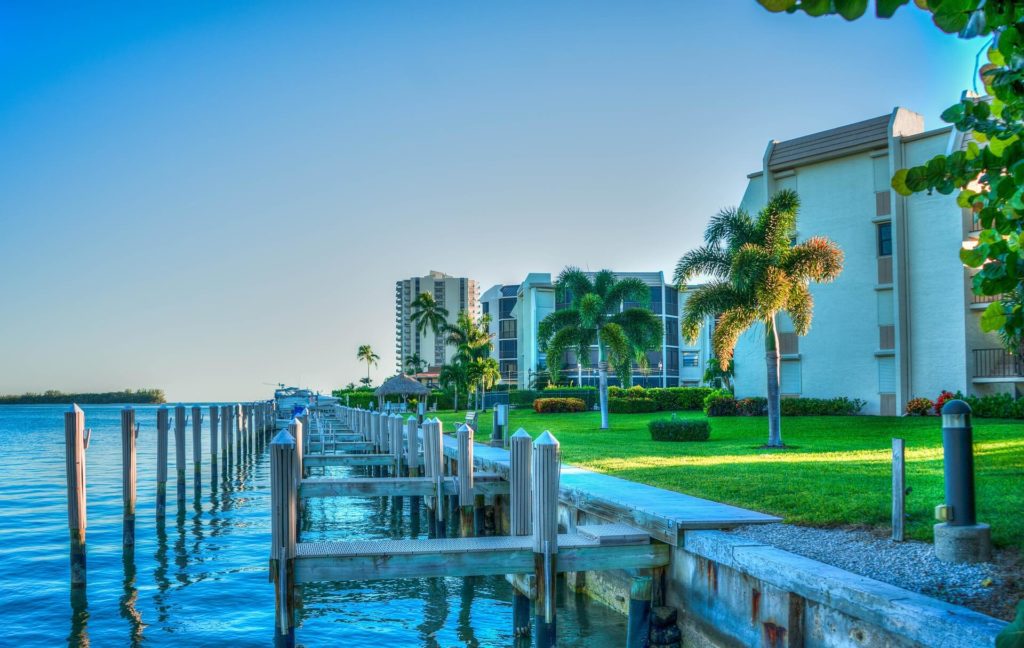 Marco Island is a great place to spend a weekend in Florida because it is close to Naples and the Florida Everglades National Park. This island has a lot to do. It’s called South Marco Island Beach. You can walk along the beautiful sand there. A boat tour from the Isles of Capri Marina is a great way to see the island. Take a look at the Marco Island Historical Museum, or maybe spend a little time there. To find a place that isn’t on the map, go to the abandoned Florida domes. This is one of the best things to do in Florida if you don’t want to be seen. Some of the domes used to be part of a millionaire’s home, but now many of the state’s sea birds use them to rest. 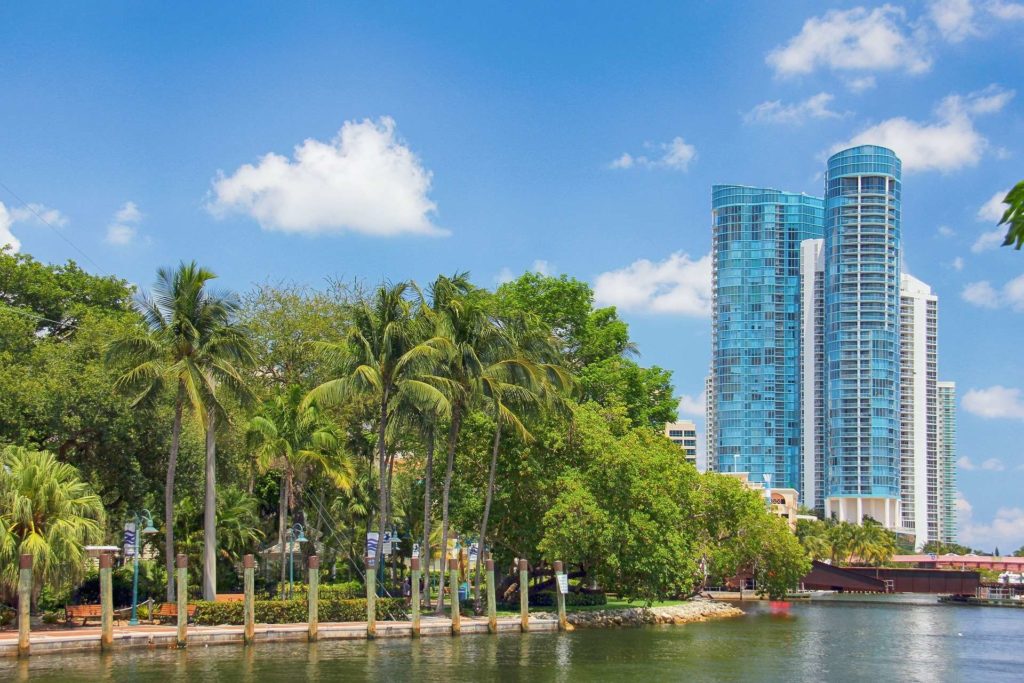 Fort Lauderdale is a great place to spend a few days. It’s not as posh as its Palm Beaches neighbors to the north, but it’s a lot quieter than Miami. It’s served by the Fort Lauderdale-Hollywood International Airport, and its main attraction is its beautiful seven-mile-long beach, which has a lot of cheap places to stay right next to the water.

The pedestrian path that runs along Las Olas Boulevard, a road that connects the beach to the downtown area, is full of places to shop, eat, be entertained, and explore. Make sure to set aside some time to look around the canals and the Intracoastal Waterway. Grab one of the many water taxis that are available and cheap. You can also go on a cruise or charter, which is especially fun if dolphin watching or fishing is part of the package. 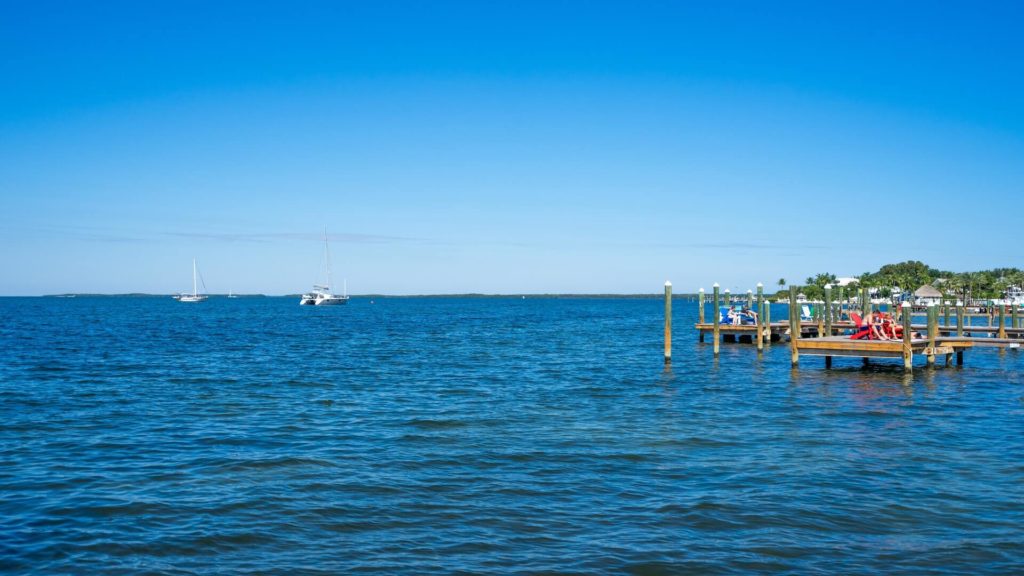 It’s time to shake things up and change the pace of your weekend by going to Key Largo, which is thought to be a piece of heaven in the Florida Keys. This is the northernmost island in the Florida Keys, so it’s easy to get to. It’s also only an hour’s drive from the airports in the South Florida area. People can visit a national park and two state parks in this area, which have beautiful scenery and a lot of native plants and animals to see. It’s important to go to John Pennekamp Coral Reef State Park, Dagny Johnson Key Largo Hammock Botanical State Park, and the Florida Keys National Marine Sanctuary when you go on a weekend trip. Because there are experienced local guide companies, even if you’ve never dived before, this is a great place to learn because they’ll show you everything you need to know. 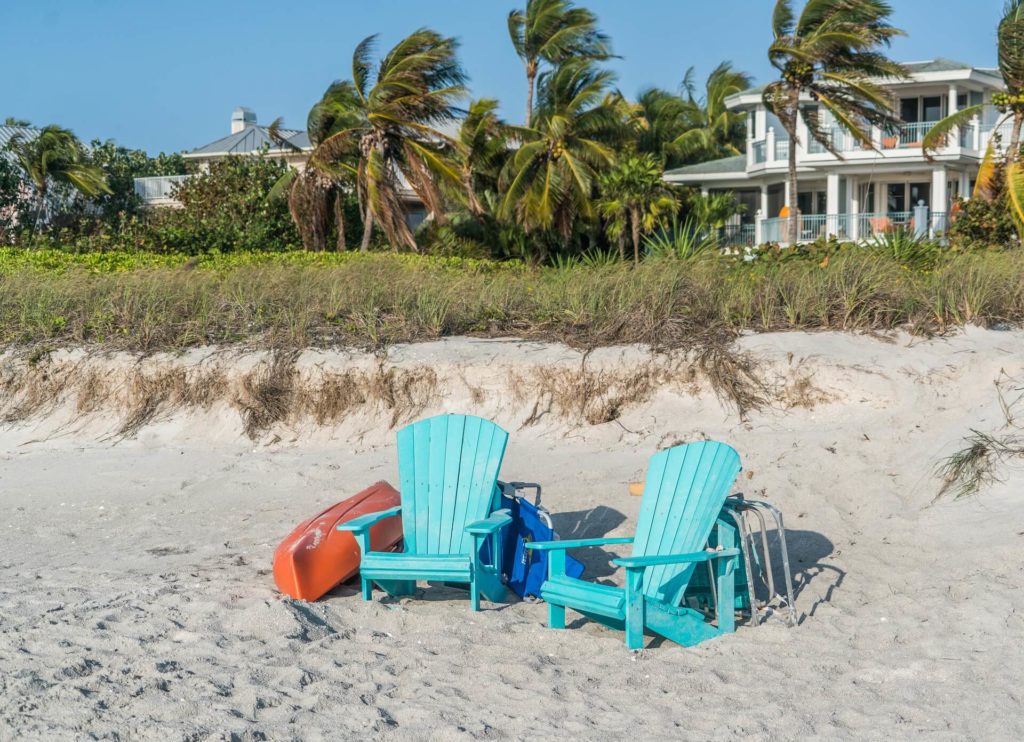 You’ll fall in love with these two islands because they’re remote, peaceful, and teeming with wildlife. Bridges connect these islands, so you won’t need a ferry to get there. Kayaking and birdwatching are popular activities in this area. Sanibel and Captiva Islands are a paradise for nature photographers. Even if you don’t find the shells you’re looking for, there’s a shell museum and a slew of gift shops nearby to satisfy your curiosity. You can stay at Casa Ybel Resort and the South Seas Island Resort while dining on fresh seafood at restaurants throughout the island. 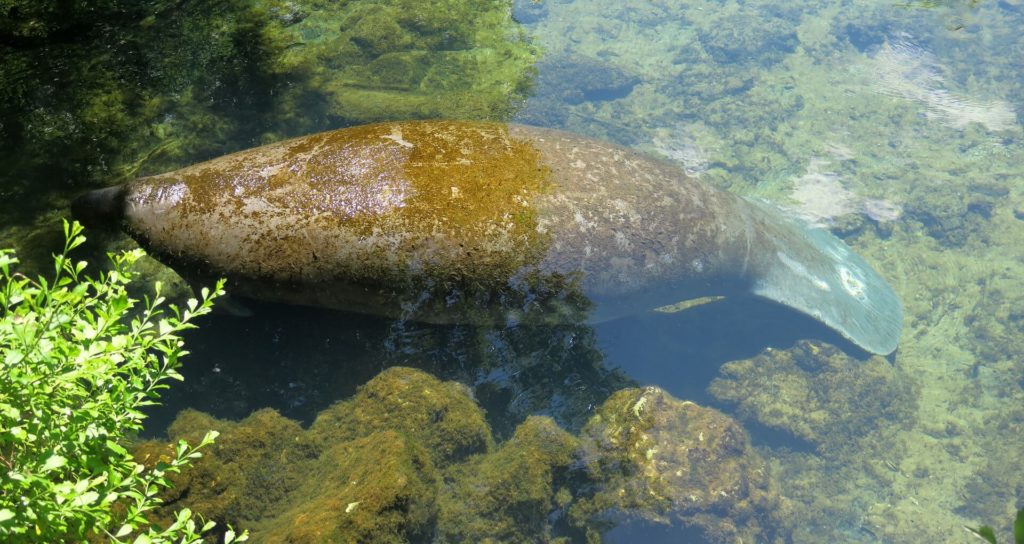 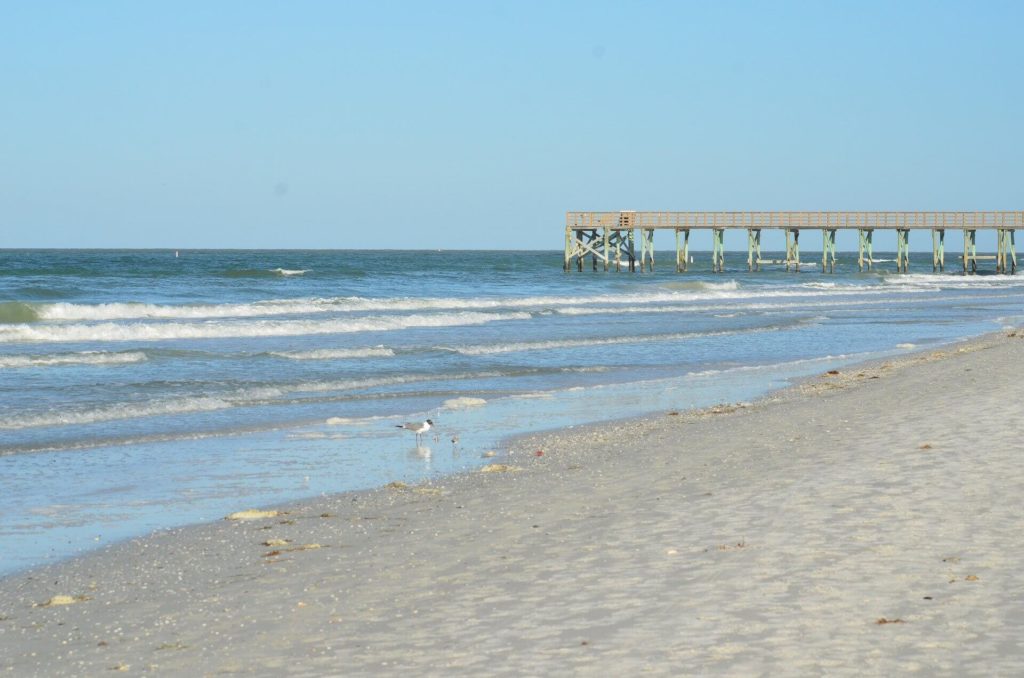 Since the 1970s, St. Petersburg has undergone a cultural renaissance, transforming it into one of the world’s most dynamic and diverse metropolises. Imagine a vibrant street art scene, a revitalized historic district, and a world-class Dali Museum. This is St. Petersburg of the 21st century. With a burgeoning culinary scene (gulf to grill if you will), boutique shopping and galleries, St. Pete’s will soon become one of the South’s most culturally significant destinations. 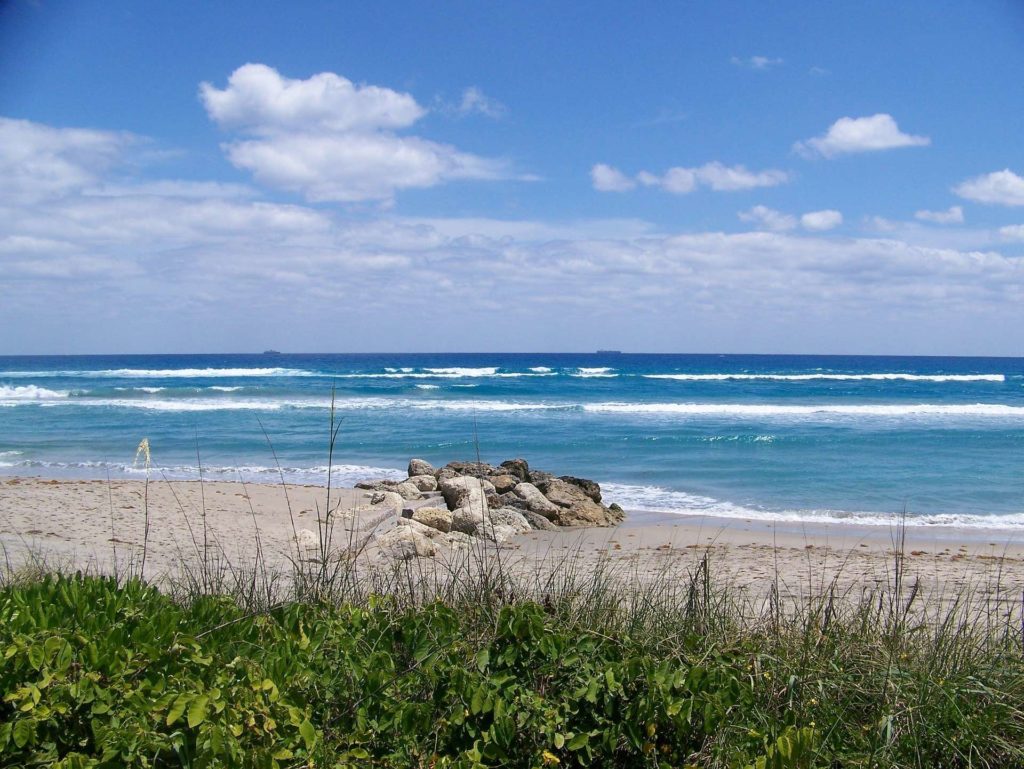 Among the best romantic vacation spots in Florida, Palm Beach takes the top spot. Palm Beach is a dream come true. While this area is known for its raucous parties, it’s more popular for its laid-back vibe and stunning beaches. If you’re looking for romance and luxury, but also a little glitz and glam, this is the hotel for you. Palm Beach also boasts a number of luxurious accommodations.

It’s a great place for a romantic getaway vacation in Florida because it’s peaceful and doesn’t skimp on shopping. This is one of those places in Florida where you can get away from it all while still having access to all the amenities you could ever want.