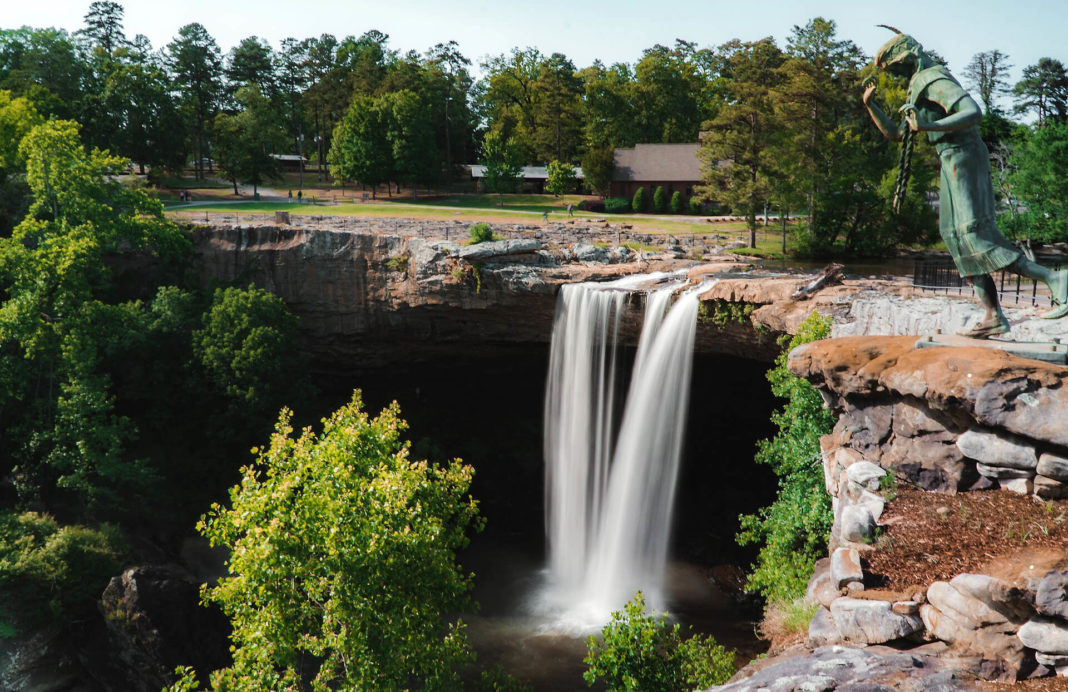 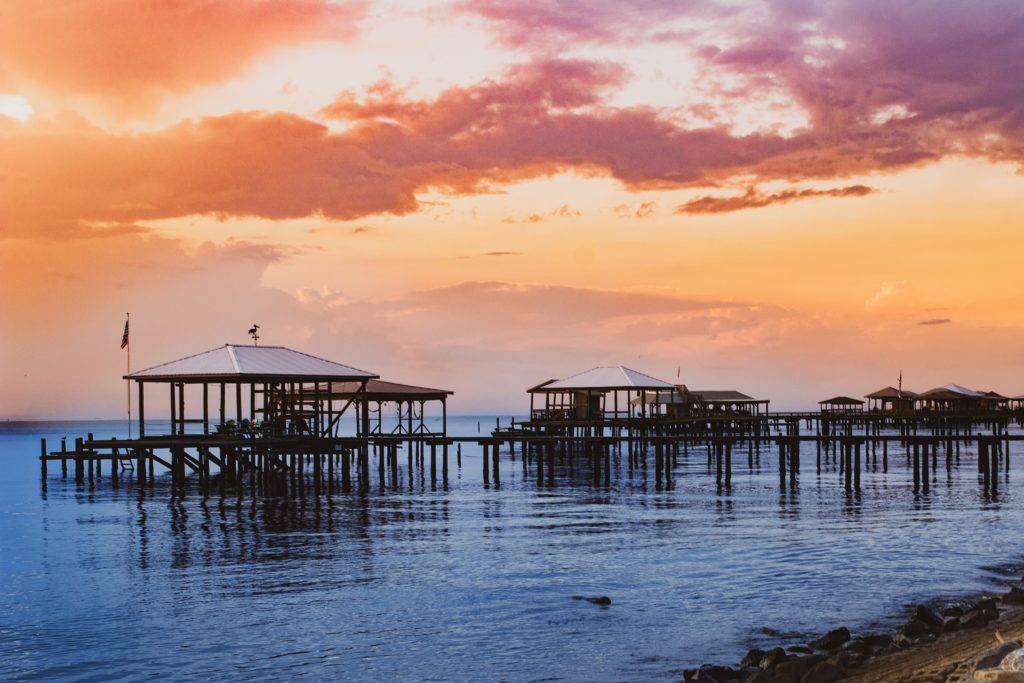 The picture-perfect community of Fairhope, Alabama, overlooks scenic Mobile Bay and is frequently referred to as “the jewel of the Eastern Shore.” Its thriving downtown, sandy beaches, and welcoming small-town atmosphere have earned it the title of Best Small Town in America by Southern Living Magazine, among other accolades. Several hip shops and restaurants make up much of Fairhope’s eclectic downtown, and the city’s thriving arts community has resulted in a number of galleries and events such as art walks and festivals. The city’s waterfront, which is lined with mossy oak trees and rustic wooden piers, as well as its picturesque parks and picnic areas, only add to its allure.

Mooresville is the tiniest town on this list, but its rich history and quaint old-world charm make it a worthy inclusion. Two historic churches and the state’s oldest post office make this quaint town a must-see for anyone interested in local history. The entire town is also listed on the National Register of Historic Places. The historically accurate Stagecoach Inn and Tavern, which is now a museum, and Lyla’s Little House, which sells trinkets and homemade candy, are two of the many attractions in this northeastern treasure.

Beautiful Mountain Brook, located just outside Birmingham, is a wealthy suburb that still retains its small-town charm. Founded in 1929, Mountain Brook was designed by renowned Bostonian landscape architect Warren H. Manning and is characterized by winding roads, quaint villages, and European-style buildings. Many upscale restaurants and boutiques can be found in the area, making it a popular tourist destination.

Tuscumbia, Alabama, is a city with roots that date back to the early nineteenth century. It is located in the northwestern-most corner of the state, in the musical region of The Shoals. In the present day, the city’s picturesque historic downtown is home to some of the most impressive antebellum architecture in all of Alabama. In addition to being the birthplace of author and activist Helen Keller, Tuscumbia is home to the beautiful Spring Park, which is home to the scenic manmade waterfall Coldwater Falls and the Alabama Music Hall of Fame, which honors the contributions of Alabamian musicians such as Nat King Cole and the Commodores.

The town of Eufaula, located on the shores of Walter F. George Lake, across the border from neighboring Georgia, was a major river port during the late nineteenth century when steamboats took advantage of its advantageous location on the Chattahoochee River to conduct business. With beautifully preserved antebellum homes throughout its historic district, the town has retained much of its quintessential Southern charm. The town’s Annual Eufaula Pilgrimage – the state’s longest-running historical home tour – is a great way to see the town’s charm in person. Outdoor enthusiasts can take advantage of hiking trails and fishing hotspots in the surrounding natural beauty, while the Eufaula National Wildlife Refuge is home to American bald eagles and alligators, among other wildlife.

The charming mountain community of Fort Payne, Alabama, is surrounded by natural wonders such as Lookout Mountain and De Soto State Park, as well as the Little River Canyon National Preserve, making it a haven for nature lovers. History buffs can learn about the town’s past by visiting historical sites such as the Fort Payne Depot Museum, a former train station built in 1891 that now houses Native American and local history artifacts. Music fans can check out a museum dedicated to the locally formed Southern rock band Alabama as well as the annual Boom Days music and art festival, which takes place in April.

Located in the northeastern corner of the state, Mentone is a quaint mountain village perched atop the majestic Lookout Mountain, which offers stunning views of Alabama, Tennessee, and Georgia. For those looking to explore the canyons and waterfalls of Lookout Mountain Parkway, Mentone is the ideal starting point, with its rustic cabins nestled in the Appalachian foothill’s lush forests, and its quaint downtown is home to a variety of quirky cafes, stores, and fun events, including the Mentone Rhododendron Arts and Crafts Festival and The World’s Longest Yard Sale.

In the Gulf Shores tourist town, you’ll find white sandy beaches, cute seafood restaurants, and trendy boutiques overlooking the beautiful blue expanse of the Gulf of Mexico. Gulf Shores, Alabama, was named one of USA Today’s Best Southern Beaches in 2014, making it a great destination for nature lovers who enjoy dolphin spotting and shrimp fishing. It’s a great place to see alligators and bobcats thanks to Gulf State Park and events like the Hangout Music Festival, which draw visitors from all over the world.

Truman Capote and Harper Lee were both born and raised in Monroeville, which has been dubbed “the literary capital of Alabama.” Harper Lee’s seminal 1960 novel To Kill a Mockingbird is loosely based on the town, and the town’s Monroe County Heritage Museum hosts a two-act theatrical production of the novel each year. While Monroeville is a classic small Southern town, its beating heart is its beautiful town square, which is flanked by historical buildings such as the Old Courthouse, which was immortalized in Lee’s book, while the green, leafy Whitey Lee Park offers walking trails, a picnic pavilion, and catfish and bream fishing in its beautiful lake.

With its many magnolia trees and natural springs that line the banks of the Magnolia River, the small town of Magnolia Springs is a lovely place to live. Historic buildings like St. Paul’s Episcopal Church and a beautiful oak tree-lined street are just a few of Magnolia Springs’ unique features that help keep the town’s small Southern charm alive.

The town of Guntersville, located in northern Alabama, is a must-see for anyone traveling through the state to see some of the most iconic symbols of Americana, such as cowboys and bald eagles. For its association with the legendary American cowboy Will Rogers, the town is a must-see. Rogers’ great-grandson John Gunter, who is a native of the area, was responsible for the name.

Because of its location along the bald eagle migration path, Guntersville is also well-known for the large number of bald eagles that can be found in the area during the winter. Lake Guntersville State Park is the best place to see them in their natural environment. During several weekends in January and February, you can participate in public events at the park to see eagles in their natural environment and to learn about eagle conservation.

When visiting the 6,000-acre park, you can go at any time of year, and there is a lodge and dining on-site if you want to make a weekend out of it. Walking through Guntersville’s park and natural areas is the best way to experience the city. In addition to the Guntersville Museum and Cultural Center, which features exhibits for bird lovers on the area’s native species as well as items related to the steamboats and race boats that played a role in the area’s historic river life, there are several other attractions in town to visit.

Located in the Tennessee River Valley, Decatur is known as “the river city” for its close proximity to the water and the wide range of outdoor activities it offers. Point Mallard Park, a family water park in Decatur with the city’s first wave pool, is a must-see while in town. Flint Creek, which flows into the Tennessee River, has water slides, a lazy river, and a sandy beach.

Make time to visit the Wheeler National Wildlife Refuge, which is located next to the water park and encompasses 35,000 acres of natural habitat and wildlife.

The Cook’s Natural Science Museum, a hands-on museum that explores natural sciences like rocks, bugs, and wildlife in the area, is one of several museums in Decatur. The Albany Historic District in Decatur is home to many late-19th- and early-20th-century homes, many of which feature stunning architecture. National Register of Historic Places listing for the area

When you visit Athens, you get a taste of what life was like back in the days when it was a sleepy rural town. Many people flock to downtown Athens for the Tennessee Valley Old Time Fiddler’s Convention and the Athens Storytelling Festival each year.

It is possible to walk around the Athens State University campus and the downtown area, which has numerous restaurants for foodies, during the rest of the year.

The restored home of former Alabama Governor George Houston, the Houston Memorial Library and Museum, is conveniently located close to downtown. The old U.G. White Mercantile Store, which sells everything from antiques to contemporary goods, is a fun place to visit while in town. As a general store in 1917, it feels as if you’ve stepped back in time.